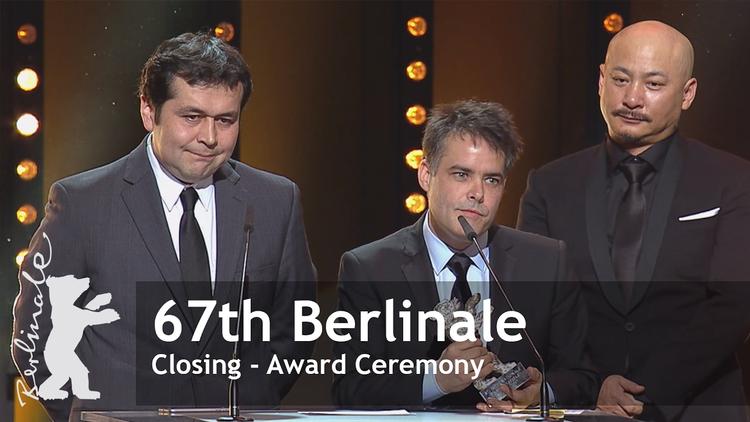 A film depicting the torture, humiliation and violence experienced by Palestinians imprisoned by Israel won the first ever “Silver Bear” award at the Berlinale international film festival.

It was one of 18 finalists competing for the top honor at the Berlinale film festival this year. The ‘Golden Bear’ award was won by Hungarian filmmaker Ildiko Enyedi for the film “Testrol es lelekrol” (On Body and Soul).

According to journalist Rene Windangel, who spoke with Andoni about the creation of the film, the director began by confronting his own ghosts, having been imprisoned during the first intifada in the late 1980s. He then “turned to newspaper ads as he set out to find a group of former inmates able to work as set designers and craftsmen in recreating a prison on the film set. He also sought out ex-detainees willing to play the roles of prison wardens and prisoners. And so this group of people, who had themselves experienced imprisonment, began to meticulously build their own prison.”

German commentator Rene Windangel wrote in the paper ‘Qantara’, in a review of the film, “By giving the actors and crew room to express themselves, Andoni’s film manages to avoid cliches. In no way is the film limited to the observation of suffering or the re-enactment of victimisation. Raed Andoni’s film functions as both trauma therapy and as an opportunity to discuss the political problem of prisoners. First and foremost, though, the film works as an impressive piece of cinematography dealing with the basic questions of the human condition.”

Currently there are around 7000 Palestinian men and women imprisoned by Israel. Over 750,000 Palestinians have been imprisoned since 1967 and the start of the Israeli occupation of Gaza, the West Bank and East Jerusalem. Most were sentenced by military courts, while others were held without any charges in so-called “administrative detention”. There are practically no Palestinian families that have been spared the experience of prison.