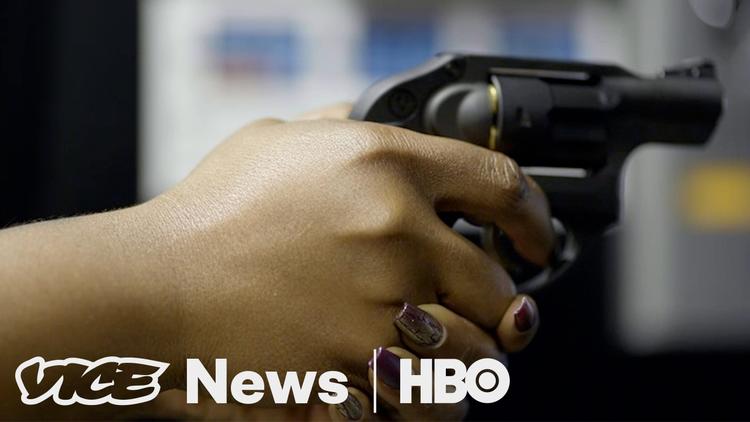 The “alt-right” network has brought together multiple currents, from neo-Nazis to men’s rights activists, right-wing anarchists to neo-reactionaries.

The day after Donald Trump’s upset electoral victory over Hillary Clinton, "alt-right" founder Richard Spencer declared that his movement was "the new Trumpian vanguard" — offering ideological direction to Donald Trump’s fuzzy-headed populism. Spencer and his comrades have generally supported President Trump’s early measures but they want more — a total ban on all immigration, for instance — and instead of Trump’s dog whistle appeals, they advocate an explicit politics of race. Some Alt-Rightists, in addition, have warned that they might "revolt" if the Trump administration doesn’t follow their lead.

The alt-right (short for alternative right) — a loose network of white nationalists, misogynists, and authoritarians who are as hostile to mainstream conservatives as they are to multicultural liberals — offered vital help to Trump’s presidential campaign through the skillful use of internet memes and online harassment of Trump opponents. But they have never seen Trump as truly one of their own or believed he would bring about the changes they wanted. Most alt-rightists hope that a Trump presidency will give them space to promote far more sweeping changes — notably dismantling or seceding from the United States to establish a white "ethno-state."

The alt-right’s attitude toward Trump highlights an important dividing line within the U.S. right — the divide between those who accept the legitimacy of the existing political system, and those who don’t. I reserve the term "far right" for forces that (1) regard human inequality as natural or inevitable and (2) reject the established political order on principle. The "system-loyal right," by contrast, includes those forces that want to make change through incremental measures. An analogy on the left is the difference between social democrats and communists, reformists and revolutionaries.

One of the biggest ways that far rightists make an impact is through collaboration and interchange with system-loyal rightists, such as alt-rightists helping to put Trump in the White House and using his campaign to increase their own visibility. Yet the two part company on whether to accept the U.S. political system or abandon it and sooner or later that is likely to lead to conflict.

Far-right movements, as I use the term, have risen periodically in U.S. history, starting with the original Ku Klux Klan in the years after the Civil War. Denouncing northern "military despotism," the Klan and similar vigilante groups waged a campaign of terror across the former Confederacy to disenfranchise African-Americans and destroy the Radical Reconstruction state governments in which black people played a leading role. By contrast, the second Klan, founded in 1915, was a system-loyal movement that vilified Catholics, Jews, and immigrants as well as Blacks, but found ample room to promote its supremacist politics within the political order of its day.

Today’s far-right politics began forming in the 1970s and 80s as part of a broader rightist backlash against the progressive upheavals of the 1960s. The Black liberation movement and other social liberation forces not only challenged established hierarchies and transformed U.S. culture; they also brought about big changes in the U.S. government’s role. Under pressure from the left, the federal government banned racial discrimination and protected Black people’s right to vote, created new social programs such as Medicare and Medicaid, increased regulation of business in areas such as the environment and occupational health and safety, strengthened protections for criminal defendants and prisoners, and expanded women’s reproductive rights.

Most of the rightist counterattack to these changes, such as the Reagan Revolution of the 1980s, was designed to shift the existing political system in a more conservative direction. But for the first time since World War II, a significant minority of rightists began to withdraw their loyalty from the U.S. government. In the 1960s, white supremacist groups such as the Klan had concentrated on defending Jim Crow segregation and keeping Black people from voting. After these efforts were decisively defeated, many white supremacists gravitated toward a new kind of revolutionary rightist politics, based on an unprecedented convergence of Klan and neo-Nazi forces.

By the 1980s, a resurgent white supremacist movement was pursuing multiple strategies. David Duke used an electoral strategy, masking his neo-Nazism behind a populist veneer, and pioneered campaign themes that system-loyal rightists such as Patrick Buchanan later emulated. Tom Metzger’s White Aryan Resistance developed a militant, street-fighting presence, recruited heavily within the skinhead subculture, and promoted "Third Position" politics that blended racism with twisted anti-capitalism. Most dramatically, an underground cell known as The Order "declared war" on the U.S. government and embarked on a string of bank robberies, killings, and bombings before its members were rounded up or killed in shootouts with the police.

In the 1990s, a broader array of rightists — including neo-Nazis, the Christian right’s hardline theocratic wing, and some anti-environmentalists, gun rights activists and libertarians — converged to form the Patriot movement, which grew explosively to include some 858 groups in 1996. The movement warned that globalist elites were plotting to overthrow the U.S. Constitution and impose a dictatorship. This claim involved wildly implausible conspiracy theories but was fueled by real acts of deadly state repression, notably federal assaults on the Weaver family home in Ruby Ridge, Idaho, in 1992 and the Waco, Texas, compound of the Branch Davidian religious cult in 1993. Patriot activists promoted hostility to the federal government and formed "militias" and "common law courts," which claimed to exercise governmental authority. Some of these groups rejected the federal government on principle, and a few planned or carried out physical attacks on federal institutions or personnel. The Patriot movement declined sharply in the late 1990s, partly due to increased government investigation following the 1995 Oklahoma City Bombing by neo-Nazi Timothy McVeigh and others, which was widely but inaccurately blamed on Patriot groups. The movement rebounded after Obama was elected president.

Today, the alt-right is spearheading a new far-right upsurge. The movement has brought together multiple supremacist and authoritarian currents, from neo-Nazis to men’s rights activists, from right-wing anarchists who envision Nietzschean supermen rising above the sheeplike masses to neo-reactionaries who think that popular sovereignty is a grave threat to civilization. Like other far-right movements before it, the alt-right has attracted system-loyal sympathizers and apologists — known as the "alt-lite" — who help spread a lot of its message without endorsing its full ideology or ethno-state goals. This alt-lite includes Steve Bannon, formerly Breitbart News head and now Trump’s chief strategist, who stuck the alt-right label on his own brand of authoritarian nationalism in the same way he latched onto the Tea Party label a few years ago.

Unlike the Nazi-Klan movement of the 1980s or the Patriot movement of the 1990s, the alt-right mostly exists online. This means it is unlikely to take up armed struggle or organize militias, but it has powerful tools to continue its "metapolitical" strategy, to shift the parameters of political discourse as a first stage before transforming institutions. And unlike the previous two far-right upsurges, which were met by federal government crackdowns, the alt-right now faces a presidential administration that it helped to put in power. The alt-right’s alliance with Trump could flounder on many issues — from the president’s "half measures" on border control to his strong support for the government of Israel — but for the time being it offers unprecedented opportunities for far-right politics to grow and thrive.

Matthew N. Lyons is an independent scholar who blogs at Three Way Fight, and co-author with Chip Berlet of Right-Wing Populism in America (Guilford, 2000). This article is based on his forthcoming book, Insurgent Supremacists: The U.S. Far Right’s Challenge to State and Empire