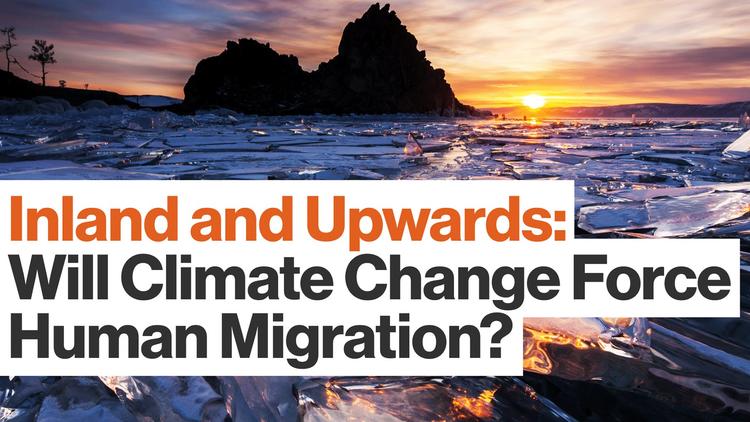 “Poverty and insecurity can be factors in radicalisation.” [Manon Flausch]

From South America to the Middle East, the effects of climate change appear to exacerbate the problems of organised crime and terrorism. The UN and German think tank Adelphi have raised the alarm. EURACTIV France reports.

Millions of people in the Lake Chad region are threatened by drought and famine. But on top of the impending humanitarian crisis, the UN is worried about the broader societal impact on a region that is already fertile recruiting ground for the terrorist group Boko Haram.

The correlation between extreme climate events and radicalisation was also raised in a report published on 20 April by Adelphi, which concluded that while climate change does not directly lead to the emergence of terrorist groups, it creates the conditions in which they can thrive.
Africa builds ‘Great Green Wall’ against extremism and misery

With food insecurity, terrorism and migration to Europe reaching unprecedented levels, Africa is hoping that a “wall of trees” can help protect its people and stop these threats becoming global crises. EURACTIV Germany reports.

In the most vulnerable areas, climate change makes farming and rearing livestock more difficult, increasing competition for resources such as water. This can lead to violence between rival populations, population displacement, water shortages and famine, all of which undermine the rule of law and the power of the state.

It is these secondary consequences of climate change that provide the ideal conditions for the rise of terrorist or criminal groups. People affected by hunger, drought and poverty are more likely to be receptive to their financial promises and violent, angry rhetoric.

What is more, terrorist or organised crime groups often try to fill the spaces where weak states cannot act, providing basic services and rooting themselves in society.

Control over resources is increasingly a source of funding for these groups. In Syria, terrorist groups IS and Al-Nusra deal in oil, weapons, drugs and antiquities. It is this kind of economic power that wins the acceptance of local populations.

Climate change is not just about the environment. It is also about people. France’s Minister for Development, in conversation with EURACTIV France, following this week’s UN Climate Summit in New York.

These strategies are not just used by terrorists but are also staples of organised crime. This is particularly true of Guatemala, for example, one of the countries worst affected by extreme weather events.

After 36 years of civil war and with large parts of the economy dependent on climate and pollution-sensitive agriculture, the Central American country faces constant threats to its food security.

This has pushed large, poverty-stricken sections of the population to move to the overcrowded cities in search of work, or to find employment in illicit trades like drugs trafficking. The situation is aggravated by inefficient, often corrupt police services and an abundant supply of weapons, left over from the years of conflict.

Climate finance: The Global North is failing on its $100 billion promise

A report by the OECD has found that efforts will need to be stepped up if developed countries plan to honour their promise of providing $100 billion per year to the Global South from 2020. Journal de l’Environnement reports.

And there is no shortage of other examples, from human trafficking in Bangladesh to the opium trade in Afghanistan. But in light of the many challenges this problem throws up, what can be done to tackle it?

Adelphi identified several areas in which action could be taken to cut the risk from terrorism, beginning with the protection of the climate, support for development and the strengthening of local governments in vulnerable countries. Support for the rule of law and local institutions also strengthens the hand of governments in the fight against terrorists and organised criminals.

The think tank also called for a holistic approach to tackling climate change, development, the threat of terrorism and security, in order to avoid aggravating certain problems while attempting to solve others.

For Adelphi, cities and agriculture also have a major role to play. Investing in climate adaptation for the agricultural sector would mean fewer farmers would lose their livelihoods as a result of climate change. And the populations of cities with plans to cope with expanding populations and increasing pressure on resources will be less likely to fall prey to terrorist groups and criminal gangs.

Cities and regions against climate change

Ahead of COP21, EU cities and regions are seeking a bigger role and an expanded toolbox to implement any climate agreement reached in Paris.