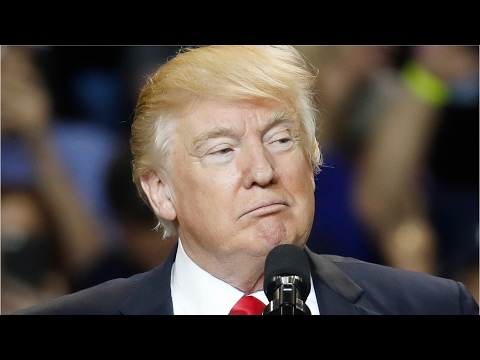 Disturbing signs emerged Tuesday that Donald J. Trump’s odd self-presentation and erratic pronouncements could be a serious security threat to . . . all Americans. That is, if the US appears to be led by an incompetent it will encourage attacks.

Al-Hayat reports that a spokesman for Daesh (ISIS, ISIL) said Tuesday, in the terrorist organization’s first comment on US president Donald Trump, that the United States is “sinking” and that it is led by a buffoon. Abu al-Hasan al-Muhajir added in a voice recording distributed by the Telegraph app, that America “is bankrupt and the signs of its demise are obvious to everyone watching. There is no clearer evidence of it that that you have surrendered your affairs to an imbecilic buffoon . . . who doesn’t have the slightest idea of what Syria, Iraq or Islam are.”

The Daesh mouthpiece called on supporters to flock to the aid of the beleaguered terrorist group and called for attacks on the countries that are besieging it.

It warned the US that if it continued its war on Daesh, it would “drown in the quagmire of death.”

Trump is said to be seeking ways to accelerate the campaign against Daesh.

The Iraqi army in conjunction with an international coalition that includes the United States is conducting an operation to retake Mosul, some 25% of which is still in Daesh hands. Iraq’s third-largest city, it is the last major urban stronghold for Daesh in Iraq.

Al-Hayat [Life] reports that defeated supporters of Daesh and their families, as well as those of local police who agreed to work with the brutal group, are facing increasing reprisal killings at the hands of tribes opposed to them. The houses of defeated Daesh member have been firebombed. Daesh had committed massacres against many families and clans, especially the rural AlBu Nimr. Some families who have become tent-dwelling refugees outside main cities like Fallujah decline to return home if they have a family member who served with Daesh, for fear of reprisals.

In Syria, the US is intimating that preparations are almost complete for an assault on the Daesh capital, the small eastern desert town of Raqqa, which I can’t imagine has more than 100,000 people left in it, and maybe fewer. Raqqa Province was a little over 900,000 people before Daesh took it over, and is now said to be only 400,000.

In the past week, thousands have fled the coming battle for the city.