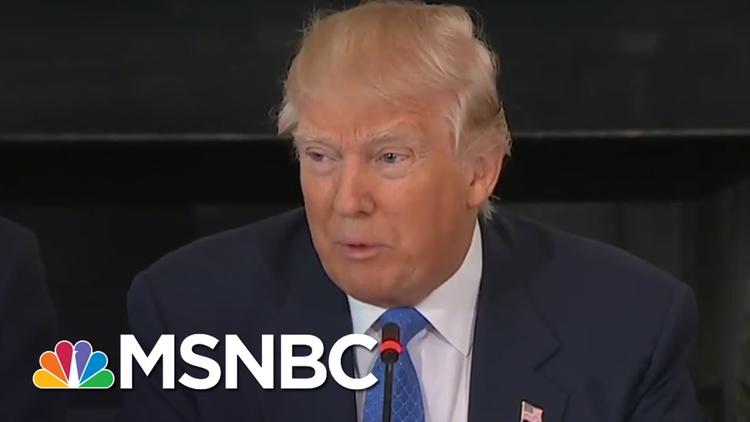 The decision comes just days after the Citizens for Ethics and Responsibility in Washington (CREW) and other watchdog groups sued the Trump administration for visitor logs from the White House and Trump’s residences at Mar-a-Lago in Florida and Trump Tower in New York. (Photo: ychamyuen/flickr/cc)

The Trump administration will not publicly disclose White House visitor logs in a decision the American Civil Liberties Union (ACLU) said was just another move to avoid accountability.

“Elected officials work for the people and we deserve to see government business conducted in transparent daylight,” said Faiz Shakir, ACLU’s political director. “This ‘Good Friday’ news dump is simply the latest in a series of efforts by President [Donald] Trump to avoid public accountability, and it’s not the way to improve the people’s declining trust in this administration.”

The decision comes just days after the Citizens for Ethics and Responsibility in Washington (CREW) and other watchdog groups sued the Trump administration for visitor logs from the White House and Trump’s residences at Mar-a-Lago in Florida and Trump Tower in New York.

CREW’S executive director Noah Bookbinder said Friday, “It’s disappointing that the man who promised to ‘drain the swamp’ just took a massive step away from transparency by refusing the release the White House visitor logs that the American people have grown accustomed to accessing over the last six years and that provide indispensable information about who is seeking to influence the president.”

Paul S. Ryan, president of Common Cause, added, “Donald Trump is charged with doing the people’s business, but by keeping his visitors logs a secret, the people will have no idea who he is doing business with at the White House.”

Public Citizen president Robert Weissman said, “The only reason to keep secret the White House visitor logs is to hide from the American public the corporate influence-peddlers who are seeking favors and gifts from the White House. More secrecy equals more cronyism, more insider dealing, and more corruption.”

The president has a history of evading transparency, from belittling media outlets who question his decisions to refusing to release his tax returns. On Saturday, tax marches are planned throughout the nation to demand he disclose the documents, as all presidents since Richard Nixon have done. Sen. Elizabeth Warren (D-Mass.) accused Trump of having “something to hide” by refusing to do so.

“Trump has bullied the press when they report on him,” he said. “He has promoted the reporting of fake and outright false information. He imposed gags on federal employees in the earliest days of his administration. He has avoided disclosing his tax records, and he has avoided releasing information about his conflicts of interest.”

“The only reasonable conclusion,” Shakir said, “is to believe the Trump administration has many things it is trying to hide.”