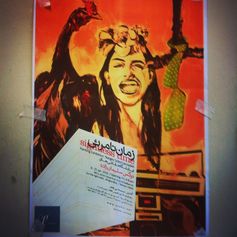 By Stella Morgana | The Conversation | – –

On May 19, Iranians will choose their next president and determine what direction the country will take. The race has become tighter now that Tehran’s conservative mayor Mohammad-Baghar Ghalibaf has withdrawn his candidacy and backed the hardliner cleric Ebrahim Raisi.

Raisi is the main competition for pragmatist Iranian President Hassan Rouhani in his reelection bid. From 1981 onward, every president of Iran has won a second term. Will Rouhani continue the trend?

Iranians will likely want to see a continuation of what has improved little by little during Rouhani’s four years in office. Rouhani initiated political and economic reforms that aimed at soothing international tensions with Iran.

These were given a boost in 2015 with a landmark deal on Iran’s nuclear activity, which put the country on the path to greater engagement with the West. Negotiated between Iran and the P5+1 group of world powers (the United States, United Kingdom, France, China, Russia and Germany), the deal allowed Iran to develop nuclear energy but not nuclear weapons.

As it was sealed, the European Union lifted major economic sanctions that until then had prohibited any trade with Iran. This helped reinvigorate the Iranian economy.

But there’s more to this election than the country’s attitude towards the West, the nuclear deal and the oil economy. Iranian society has also been opening up under Rouhani, and a conservative president could undermine the sociopolitical changes that have emerged in the last four years. 
Many social groups, including young people, women, activists, and even workers, can see now a better place for themselves in Iranian society.

Times were difficult times under former president Mahmoud Ahmadinejad, who served two terms (2005-2013). Under his governance, collective mobilisation was restricted by the suppression of an already-weak civil society and arrests of labour activists.

The 2009 Green Movement changed the landscape of activism in Iran. In this spontaneous demonstration, over three million people took to the streets in June of that year to contest electoral irregularities linked to Ahmadinejad’s reelection.

The Green Movement, which was soon violently repressed, was unusual at first glance: it had no proper organisation, strong leadership or defined political ideology. And when millions of young people – using social media (Twitter or Telegram in particular) – joined in, the majority of activists from the traditional radical left backed out of the now student-centric protest, criticising their sudden political outburst as an attempt to resist the ruling apparatus.

What was actually happening was that grievances had shifted: the social justice demands and strong anti-imperialist opposition of 1979 revolutionaries were replaced by a demand for civil rights, social liberties and democracy. The movement’s main slogan was “where is my vote?”, and the pro-West attitude among youth was palpable.

The Green Movement’s legacy is the strong political consciousness of many young Iranians who are unlikely to give up their involvement in the public sphere, or their political socialisation and activism.

These groups have been challenging the status quo of national political apathy for at least the last four years. They have fought for private and public freedoms by adopting Western lifestyles, chatting in parks or hanging out in malls.

Some of them also want safer labour conditions. The miners’ protest on May 5 in Golestan, where dozens of workers lost their lives after a blast, highlighted the poor conditions of Iran’s working class, which had already faced delayed wages due to a stagnant economy.

But Iran’s working class has largely been missing in the sociopolitical changes of the last four years.

Workers’ played a critical role in the 1979 revolution, which overthrew the Shah Mohammad Reza Pahlavi to found the Islamic Republic of Iran. Once they joined the struggle, they were able to paralyse the state.

But 30 years later, they do not represent a distinct pressure group. As sociologist Kevan Harris noted in a February 2011 article in Time magazine, “At the height of the Iranian green movement uprising in the summer of 2009, young activists called for a general strike. The call went mostly unheeded by workers.”

Their absence may be ascribed to state repression. Shortly before the 2009 election, on May Day, 150 labour activists were jailed. The secretary of the Isfahan labour house, a union, complained that never before had labour been so targeted.

At the time, president Ahmadinejad’s economic mismanagement had lead inflation to hit 18%, and inequality, discontent and protests were all rising. By the end of 2009, this growing precariousness had reduced workers’ freedom. Their bargaining power, already weakened over years, took another hit after his reelection and the June crackdown on the Green Movement.

These workers, like most Iranians, are still waiting for their financial situation to improve.

In 2013, the monthly minimum wage was $US248 per person, well below the poverty line of 18 million rials (US$720) per month for a family of four. The same year, the price of basic commodities (bread, rice and the like) had more than tripled since 2007.

Promises to raise wages rank high among the main candidates’ election pledges, alongside job creation; official unemployment is around 12%.

Raisi’s campaign slogan is “dignity and work”, and he has said that he will solve Iran’s “unemployment crisis” by creating 1.5 million jobs a year.

Raisi, who is likely to succeed the Ayatollah Sayyid Ali Hosseini Khamenei as Iran’s next Supreme Leader, subscribes to his Islamic revolutionary rhetoric of social justice for the downtrodden.

President Rouhani, for his part, defends his administration, which he says has created “about two million” jobs.

“Those who shout slogans today [in favour of the workers’ rights], why were they silent yesterday? If they are concerned about the workers, why did they not speak of workers yesterday?” he has asked.

Given that both candidates are courting the working class, this election could strongly depend on that section of the vote. That could mean that many Iranians get better and safer working conditions.