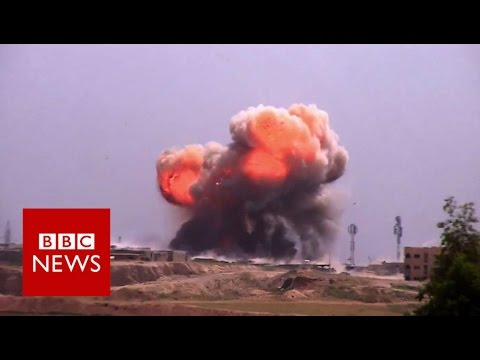 Last week’s kidnapping of seven activists in Baghdad could be another sign of increasing tensions between secular parties in Iraq and the country’s ruling religious groups. Is history repeating?

Last week, an unidentified armed group kidnapped a number of younger civil society activists from their small apartment in the Sadoun area of central Baghdad. After three days it was announced that the young men had been freed, after intervention by Iraq’s Minister of the Interior, Qassim al-Araji.

In announcing the release though, the Ministry made no mention of who might have been responsible for the kidnapping even though many locals blamed members of one or other of the Shiite Muslim militias, who run security in certain parts of the city and who have been controversial in the recent past.

Some of the young activists who were abducted also happened to be members of the Iraqi Communist Party. The Communists have been firm supporters of recent demonstrations in Baghdad during which protestors called for an end to corruption and demanded political reform. The Iraqi Communist party is just one of a number of civil society and political groups uniting to take part in, and organize, the protests.

The extremists have distorted Islam’s image. And over the last few months we have noticed the growing number of young people who are publishing atheist ideas on social media and provoking arguments.

This is not the only recent attack against them either. Last month unidentified men attacked the party headquarters in the province of Diwaniyah in the south of the country. The attack came just a few hours after local university students had protested a visit by Qais al-Khazali, head of one of Iraq’s most feared militias, the League of the Righteous militia, or Asaib Ahl al-Haq in Arabic.

The Communists accused “militias” of the attack but, perhaps knowing the danger it would put them in, they did not name any names. The League of the Righteous denied having any part in the attack. However many locals doubt that, given the fact that they were in the province at the time and that the students who were chanting anti al-Khazali slogans did so in a location close to the party offices and some of them had connections to the Communist party.

Adding fuel to the conflict is the war of words being waged on social media. Civil society activists say that the Islamists are responsible for the state of the country today and the terrible conditions under which many Iraqis live. Meanwhile the parties with a religious basis accuse the secular groups of being anti-Islamic and spreading both atheism and immorality in Iraqi society.

The tone of the digital fight is vitriolic and many of the posts could most certainly be defined as hate speech.

“It is true that some of the Islamic parties try to accuse us of a lack of faith; they are just trying to make us look bad,” says Naseer Kathem, a civil society activist who has been attending the anti-corruption demonstrations for the past two years. “And while it is true that members of the Communist party are leading the demonstrations, they are not the only groups involved. There are dozens of groups and well-known individuals participating and there are even some independent clerics.”

However, Kathem says, he believes there is a plan to try and end the demonstrations by intimidating some of those involved. “Everybody knows who is behind the kidnappings of the activists last week and also behind the kidnapping of the journalist Afrah Shawqi earlier this year – it’s just that nobody dares prosecute them.”

Jaber al-Mahmadawi, a Shiite Muslim cleric based in Najaf, believes that a lot of people in Iraq are indeed worried that the young of the country are turning away from Islam. The extremist group known as the Islamic State, which bases its brutal ideology on a version of Sunni Islam and which has caused the current security crisis in Iraq, “has distorted the image of Islam,” al-Mahmadawi told NIQASH. “Over the last few months we have noticed the growing number of young people who are publishing atheist ideas on social media and provoking arguments with other members of society,” he continues. “But,” he adds, “the supreme religious authority led by Ali al-Sistani [the Shiite Muslim cleric who is followed by millions of Shiites worldwide] firmly rejects the use of force against anyone simply because of their ideas. However there are other clerics and religious groups who are inciting violence and hatred. That is not acceptable.”

Selfie protest: Demonstrators who stormed Baghdad’s Green Zone last year were keen on documenting their presence in the forbidden area.

And they are getting away with it, al-Mahmadawi notes, “because the Iraqi government is weak and cannot keep weapons under its own control.”

Conflict between Iraq’s religious parties and its secular ones is not new. In fact Iraq’s contemporary Shiite Muslim political parties were born out of the enmity, in the middle of the 1950s when Iraq changed from a monarchy to a republic. The latter change came about thanks to a coup by the Iraqi army, which was supported by the local Communist Party, at the time one of the most popular parties in Iraq and the region.

Because of the spread of Communism in Iraq, the Shiite Muslim groups in the country decided that they too needed to take part in politics, in order to ensure their own survival. In fact, early literature of the Islamic Dawa party – today one of the largest Shiite Muslim political parties in Iraq – specifically mentions the new party’s desire to confront Communism and secularism and to promote religious ideals.

One of the most prominent clerics at the time, Mohsen al-Hakim – grandfather of one of the most prominent clerics currently in Iraqi politics, Ammar al-Hakim – even issued a religious decree saying that anyone who joined the Communist party was blaspheming. It was only when the nationalist Baath party, eventually led by Saddam Hussein, came to power that the conflict between the Communists and the Islamists died down.

Half a century later and this old feud seems to be re-emerging, even though the Shiite Muslim parties dominate local government and the Communist and other secular groups have hardly any political representation, in comparison.

The origins of the contemporary conflict started in the middle of 2015, when the first of the anti-government demonstrations began in Baghdad. At first the demonstrations were widely supported by secular and civil society groups as well as Communists. The protestors adopted a new slogan that basically said that religion was being used as a cover by thieves – that is, they thought corrupt politicians from religious parties were stealing the country’s wealth.

The former Iraqi prime minister, Nouri al-Maliki, criticized the demonstrations back then, saying that individuals were trying to use the protests to push back against Iraq’s religious authorities.

Only a few months after they started, the numbers of those turning up to protest had dwindled and it looked like the trend for Friday’s anti-corruption gatherings was ebbing. That was until Iraqi cleric, Muqtada al-Sadr, stepped in and called upon his hundreds of thousands of followers to join the protests too. This culminated in the historic storming of Baghdad’s highly protected Green Zone, home to the country’s Parliament and ministry buildings as well as embassies. Ever since then there has been a unique alliance between a Shiite Muslim political movement – the Sadrists – and the secular movement in Iraq.

Today the demonstrators are becoming even more significant. Thousands of Iraqis continue to gather in Baghdad’s Tahrir Square every week and they are becoming an influential force in political life in the capital. Last week Iraqi politicians tried to vote on a law that aims to better organize peaceful protests, which would doubtless have had an effect on the Friday meetings. Politicians were forced to postpone the vote because of a special Sunday protest organised by the secular demonstrators.