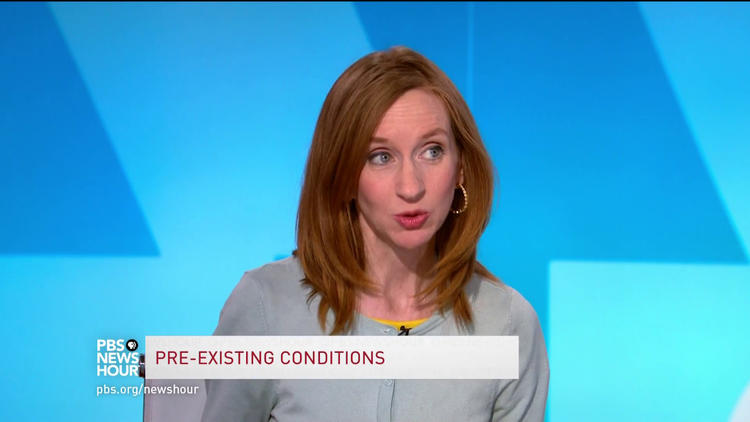 As Republicans joined President Donald Trump for a victory photo op and beer bash at the White House following the passage of the American Healthcare Act (AHCA) in the House of Representatives on Thursday, the overwhelming response from progressive organizations and voters furious over the prospect of losing their healthcare coverage was: “See you at the ballot box.”

With much fanfare, members of the GOP gathered at the Rose Garden to hail the bill—which will strip millions of Americans of their coverage and raise the premiums on individuals with pre-existing conditions—that passed the House with a slim 217-213 margin of victory.

Meanwhile, the condemnations poured in, with vows that voters will seek retribution come 2018, when many of them will be up for re-election. Others focused on the near term, with protests already in the works as legislators prepare to head home for two weeks of Congressional recess.

“We have one message for House Republicans who voted today to take away healthcare from more than 24 million Americans and end vital protections for those with pre-existing conditions,” declared Anna Galland, executive director of MoveOn.org, “See you at the ballot box.”

“This cruel and cynical vote is a breathtaking betrayal and MoveOn members will do all they can to ensure it costs the GOP its House majority,” she continued. “By acting to take away healthcare from so many, Republicans in the House have lit a grassroots brushfire that will ensure that this dangerous and toxically unpopular bill never passes the Senate.”

Dan Cantor, national director of the Working Families Party, which helped lead the anti-Trump resistance with its #RejectTrumpTuesdays campaign, vowed that his organization will “fight like hell to stop this two-hour decision in the Senate. We call on Democrats and Republicans who are not in thrall to President Trump to reject this recklessness. And we will not forget the names of the so called leaders who put their billionaire backers over the health of ordinary Americans.”

“Congressional Republicans showed their true colors today,” Cantor added. “They have signed what amounts to a death warrant for thousands of Americans who will die deaths that would otherwise have been prevented. We may not know the names of our fellow citizens who will suffer from the loss of health care, but suffer they will.”

Similarly, Cristóbal J. Alex, president of Latino Victory Fund, said that “Republicans who voted for this bill will have to look their constituents in the eye and explain to them why they voted to raise premiums and costs on women and older Americans and no longer make it possible for millions of Americans with pre-existing conditions to get affordable health care.”

Indeed, the Indivisible Project quickly put out a call to action for the upcoming Congressional recess. “Eleven days of recess starts today, and this is our change to immediately hold members of Congress accountable,” said Ezra Levin, executive director of the anti-Trump movement. “We’ve succeeded for months because Indivisible groups across the country have been fighting back on their home turf. That’s how we will keep fighting, and that’s how we will win. “

These town halls are going to be huge. https://t.co/BCPKWWfTju

LeeAnn Hall, co-director of People’s Action and member of the executive committee of Health Care for America Now (HCAN), also predicted that “[w]hen these politicians go back their home towns for recess, they’ll face a firestorm of enraged constituents who now know that their supposed representatives don’t care whether they live or die. And those constituents will not forget, forgive, or give up.”

Not mincing words, Chris Shelton, president of Communications Workers of America, agreed: “This legislation is built on lies, and the American people know it. Come Election 2018, many Republican House members will realize how badly they miscalculated today. The House leadership and the Republican members who supported this bill ignored their constituents and they will pay the price. We expect that members of the U.S. Senate won’t make the same mistake.”

Though Trump declared during his celebration speech that he is “so confident” the bill will pass in the Senate, most observers expect an uphill battle. As the New York Times reported Thursday:

On the Senate side, where several Republicans have long been deeply skeptical of the House effort, the bill is expected to undergo sweeping changes that might leave it unrecognizable—perhaps stripping away some of the provisions that helped earn the support of hard-right House members and ultimately secure its passage.

The Republicans’ narrow 52-member majority in the Senate leaves little room for defections, and several Republican senators have worried aloud about the House measure. Their concerns include insurance costs for poorer, older Americans and funding issues in states with high populations of hard-to-insure people.

In a sign that House Democrats predicted the popular outrage to come, a number of them reportedly sang, “Na, na, na, na, hey, hey, hey, goodbye,” to their GOP colleagues after the vote.

Meanwhile, the optics of the Republicans’ Rose Garden celebration provided many observers a target for their frustration…

PBS NewsHour: “How health care cost and coverage might change for everyone under GOP bill”