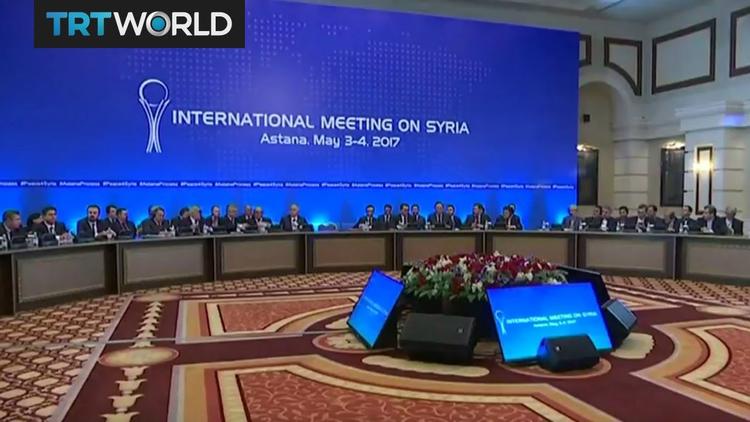 TEHRAN – Professor Farhang Jahanpour, part-time tutor on the Middle East in the Department of Continuing Education at the University of Oxford, tells the Tehran Times that Iran, Egypt and Turkey must set aside their differences in order save the the region from “chaos and destruction”.

Following is the full text of the interview:

Q: It has just been announced that King Salman has deposed the Crown Prince Muhammad bin Nayef and has replaced him with his 31-year old son Mohammed bin Salman. What are the reasons behind the Saudi King’s decision to depose the sitting crown prince and replace him with his young son?

A: This is a very important and potentially a dangerous move. Ever since the establishment of the Saudi Kingdom in 1902 by Ibn Saud there has been a fairly well established system of succession, with power passing from a reigning king to the oldest living male member of the family. Muhammad bin Nayef was appointed deputy crown prince by the former King Abdullah and confirmed by the so-called Allegiance Council to succeed King Salman, and he was also declared crown prince by King Salman when he came to power in January 2015.

I believe King Salman’s deposing of Crown Prince Muhammad bin Nayef and replacing him with his 31-year old son Mohammed bin Salman is a soft coup d’état, because it goes against the established norms in Saudi succession.

Muhammad bin Nayef held a number of important posts, including interior minister and first deputy prime minister, and played a major role in counter-terrorism. Now, he has been abruptly relieved of all his duties by royal decree and Mohammed bin Salman has taken his place. The newly appointed crown prince has also been named deputy prime minister and also maintains his post as defence minister, as well as overseeing the economy.

Q: Should we think of the reshuffle as a soft coup d’état?

A: I believe it is a soft coup d’état, because it goes against the established norms in Saudi succession. Mohammed bin Salman is a young, ambitious and power-hungry prince who has been responsible for a number of unwise adventures, such as the war against Yemen that has killed and injured tens of thousands of innocent Yemenis, aggressive support for Jihadi militants in Syria and elsewhere, and lately the conflict with Qatar. He has also been the author of the over-ambitious development plan, the so-called “Vision 2030”.

At a time when a large number of foreign nationals have been made redundant and expelled, some with huge unpaid arrears, and when many ordinary Saudi citizens are suffering the consequences of austerity, Muhammad bin Salman has adopted a very extravagant lifestyle, completely out of character with the Puritanical Wahhabi ideology. For instance, while holidaying in the south of France a few months ago, he saw a super yacht belonging to a Russian tycoon, fancied it and bought it on the spot for 500 million euros, more than three times its original price. He also owns luxurious private jets and many other accruements of the super-rich.

Q: Does this family coup have the support of the U.S. and the UK?

A: I do not believe that this was necessarily planned with the collusion or even advance knowledge of the United States and the United Kingdom. After the recent rift between Saudi Arabia and Qatar, although President Trump openly took the side of the Saudis and accused Qatar of supporting terrorism, U.S. Secretary of State Rex Tillerson offered to mediate between the two.

In fact, on 20th June, only one day before the reshuffle, the State Department’s spokesperson Heather Nauert issued a rather strange statement. In a part of that statement we read: “Now that it has been more than two weeks since the embargo started, we are mystified that the Gulf States have not released to the public, nor to the Qataris, the details about the claims that they are making toward Qatar. The more that time goes by the more doubt is raised about the actions taken by Saudi Arabia and the UAE. At this point we are left with one simple question: were the actions really about their concerns regarding Qatar’s alleged support for terrorism or were they about the long, simmering grievances between and among the GCC countries?”

Saudi Arabia’s significance to the world has been due to its vast reserves of oil, which is a dwindling asset, as with greater use of renewable energy, oil will soon lose the significance that it has enjoyed over the past century, and just like coal a lot of it will have to be left in the ground.
This is a clear rebuke to Saudi rulers for not having produced any evidence for their claims against Qatar. I believe that the only other country that might have had a hand in this reshuffle is the UAE, or at least some UAE princes, because UAE Crown Prince Muhammad bin Zayed Al Nuhayyan is a close friend of Mohammed bin Salman and they seem to share many views and ambitions.

Q: What will be the effect of the reshuffle on the rest of the GCC?

A: As you know, there has already been a major rift between Saudi Arabia, the UAE and Bahrain on the one hand and Qatar on the other, with Oman and Kuwait playing a neutral role.

President Trump’s visit to Riyadh and his impetuous rush to embrace the Saudis as the leaders of the war against extremism, which resulted in more than $400 billion of promised spending on weapons and other American goods, gave the Saudis the false hope that they could dominate the Arab world, and certainly the GCC. However, far from uniting the Arab world under Saudi leadership, President Trump’s visit proved to be the kiss of death to the GCC.

The GCC was formed shortly after Saddam Hussein’s invasion of Iran in order to bring the small Persian Gulf countries together in support of Iraq. They contributed tens of billions of dollars to Saddam Hussein, which ironically led to the Iraqi invasion of Kuwait when the GCC members demanded the repayment of their loans. However, the GCC never managed to unite all the Persian Gulf littoral states, partly due to the fact that there is an imbalance between Saudi Arabia with a population of over 23 million nationals and over eight million non-nationals, and Qatar, Bahrain and the UAE with less than one million native populations each.

Recently, Saudi Arabia has not been content with being the leading member of the GCC, but has demanded total subservience from others. The aggressive Saudi and UAE siege of Qatar has gone beyond a mere tribal feud, has backfired and is already leading not only to the disintegration of the GCC, but also to a rift between Saudi Arabia and other Arab states.

In recent centuries, Arabia has been responsible for the most fundamentalist and militant form of Islam that has been behind the rise of terrorist groups, from the Al Qaeda, to the Taliban, the al-Nusra Front and ultimately ISIS.

On June 19, the electronic Rai al-Youm daily newspaper carried the following report: “The honeymoon between Morocco and the Gulf States mainly Saudi Arabia and the UAE has ended on the backdrop of these countries’ conflict with Qatar.” It went on to say that Morocco has distanced itself from Saudi Arabia in fear of a military adventure against Qatar.

Q: What will be the effect of this reshuffle on Saudi Arabia’s standing in the Islamic world?

A: Despite the pretensions of Saudi leaders, Saudi Arabia does not possess the historical, religious, intellectual or political clout to act as the leader of the Islamic or even the Sunni world. Its significance to the world has been due to its vast reserves of oil, which is a dwindling asset, as with greater use of renewable energy, oil will soon lose the significance that it has enjoyed over the past century, and just like coal a lot of it will have to be left in the ground.

In the same way that after the conversion of Emperor Constantine, Christianity moved out of Palestine, the centre of the Islamic world also moved away from Arabia shortly after Prophet Muhammad’s death. After the short-lived period of the Rashidun Caliphate, three of whom were assassinated, under the Umayyads the mantle of Islamic leadership moved to Damascus, a major centre of Byzantine culture. Then, under the Abbasids, who came to power with the help of Abu Muslim in Khorasan, the centre of Islamic civilization moved to Baghdad (which is a Persian word meaning God-given) near Ctesiphon, the former capital of the Parthian and the Sasanian Empires. Then, under the Shi’ite Fatimid Caliphate, it moved to Cairo; and finally to Istanbul, the capital of the Ottoman Empire.

Cairo, especially the ancient Al-Azhar University, has always been regarded as the main centre of Arab Islamic culture. At the same time, Iran has served as the centre of Persian Islamic culture, which stretched from Iran to the Sub-Continent and even to the Far East. Persian was the lingua franca of the Mughal Empire, and Iranian merchants and Sufis were mainly responsible for taking Islam to the East.

President Trump’s visit to Riyadh proved to be the kiss of death to the GCC.

In all those centuries, Arabia played no role in the Islamic world, except being the centre of the hard and arduous Hajj pilgrimage. Therefore, the Saudi claim to the leadership of the Islamic world lacks any merit. In recent centuries, Arabia has been responsible for the most fundamentalist and militant form of Islam that has been behind the rise of terrorist groups, from the Al Qaeda, to the Taliban, the al-Nusra Front and ultimately ISIS.

Q: What will be the repercussions of these changes in the rest of the region?

A: The disarray in the GCC and the scourge of jihadi terrorism, often supported by Saudi Arabia, must act as a wakeup call to the leading countries in the region. As the heirs of the Iranian, Arab and Turkish cultures and civilizations, Iran, Egypt and Turkey, have some serious differences with each other. However, the situation in the Middle East is so precarious that these countries must set aside their differences and must unite in order to save the region from chaos and destruction.

Clearly, all of them need to make some compromises, but the alternative is extremely dire for all of them. If ancient enemies in Europe could set aside their differences and could establish the European Union, there is no reason why these three ancient cultures that have lived together for centuries and millennia mainly in peace and harmony cannot find a way of getting along and bringing the rest of the region with them.

The modern world does not tolerate leadership by any country. Therefore, any idea of sole Iranian, Egyptian, Turkish or Saudi leadership is an illusion. The only solution is for all of them to cooperate with one another to create a Middle East that is worthy of its ancient culture and civilization.