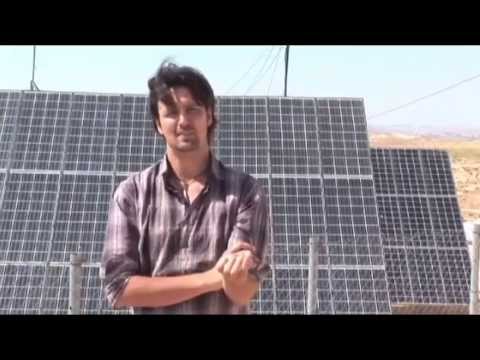 BETHLEHEM (Ma’an) — The Netherlands has reacted with outrage after Israeli authorities seized dozens of solar panels in a remote occupied West Bank village that were donated by the Dutch government.

Israeli forces confiscated the solar panels in the isolated village of Jubbet al-Dhib east of Bethlehem on Wednesday that were installed last year, under the pretext that they were built without the nearly impossible to obtain permits required by Israel to develop in Area C — the 61 percent of the West Bank under full Israeli military control. 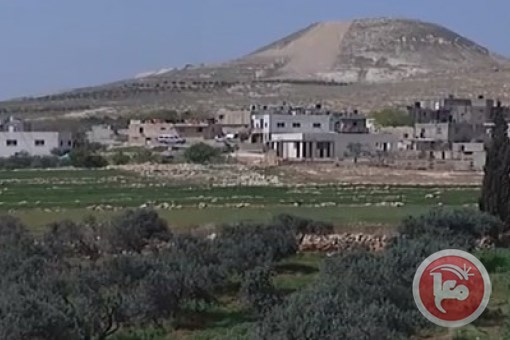 A report Saturday by Israeli news daily Haaretz cited a statement from the Dutch Foreign Ministry, that said the Dutch government lodged a protest with Israel over the confiscation of the electricity equipment, which was said to be a hybrid power system of both diesel and solar power.

The Dutch government-donated electrification project in the southern Bethlehem region cost about 500,000 euros, 350,00 euros of which went to Jubbet al-Dhib, according to the report.
The Dutch Foreign Ministry has requested Israel return the equipment and is “currently assessing what next steps can be taken,” the ministry’s statement to Haaretz said.
However, according to Haaretz, “A source close to Dutch diplomats in the West Bank told Haaretz that these softly worded statements cover the anger brewing in the government of the Netherlands, a close friend of Israel’s, at the damage to the humanitarian project.”
Ma’an reported at the time that 60 solar panels were seized, though Haaretz said that in fact 96 panels were taken down, in addition to other electronic equipment of the system that was also seized, which was funded by the Dutch and installed about nine months ago by the Israeli-Palestinian organization Comet-ME, which builds water and energy systems for Palestinians.
According to the report, Comet-ME implemented the project with the assistance of the town’s women’s committee using environmentally and socially sustainable methods.
The mayor of the village told Ma’an at the time of the raid that the solar panels were confiscated as well as destroyed, but Haaretz cited Comet-ME as clarifying that items were taken by Israeli forces intact, while equipment that was not seized was destroyed by Israeli forces and left behind.
The cost of the confiscated and damaged equipment is valued at 40,000 euros, though the material and social damage is “much greater, as their seizure immediately resulted in the loss of power for the 30 families in the village and its public buildings,” Haaretz wrote.
On the day of the raid, a spokesperson for COGAT, the Israeli agency responsible enforcing Israeli policies in the occupied territory, told Ma’an that stop-work orders had been delivered for the equipment, however, according to Haaretz, orders to cease construction and confiscation orders were given to the residents only during the raid itself, and not prior to the raid, “as is required by planning and construction laws.”
“Had orders been given in advance the village and its representatives could have taken administrative or legal action,” the report stressed.
“We emphasize that the village has other electricity sources,” COGAT also told Ma’an at the time. According to Haaretz, this likely refered to “a couple of noisy and polluting generators from aid organizations, which supply power for three hours a day,” which were received after Israel confiscated a solar-powered public lighting system in 2009.
Some 150 Palestinians reside in Jubbet al-Dhib, which is neighbored by the illegal Noqedim settlement — home to Israeli Defense Minister Avigdor Lieberman — as well as the illegal El David settlement, in addition a number of Israeli outposts, that, despite being illegal even under Israeli domestic law, still enjoy connection to the power grid and access to other infrastructure, according to Haaretz.
Meanwhile, all Israeli settlements in the occupied West Bank, including East Jerusalem, are considered illegal under international law.
“In order to contribute in reducing the suffering of the people of the village, help them to stay in their lands by protecting it from the ambitions of the Israeli occupation to confiscate it, the idea of using solar technology to light up the village streets, as well as lighting the village gathering center (the mosque) was considered,” ARIJ wrote in a village profile in 2010.
However, Israeli authorities have continued to refuse to grant a license for the project, forcing residents and NGOs to carry on with the solar panel installation without Israeli permission.
“The Israeli civil administration’s decision not to grant a license to implement the project of solar energy technology in Jubbet al-Dhib village means depriving the Palestinian residents of their most simple human rights of access to the most basic rights such as: education, health, the right to work, and the sense of humanity,” the report said.
ARIJ affirmed that the Israeli restrictions represented a violation of international human rights law and “confirms the continuation of Israeli policy towards Palestinians to increase their suffering by causing people to leave their homes, and controls Palestinian lands in order to expand Israeli settlements.”
“This policy does not only include Jubbet al-Dhib village, but almost ten Palestinian villages, which suffer from the lack of services and development projects,” the group wrote at the time.
More than 300 structures demolished by Israeli authorities in 2016 were erected with support of international organizations or with the financial help of the European Union, according to an Israeli military official cited in a report by Israeli newspaper The Jerusalem Post.
The official told The Jerusalem Post that a new procedure was put in force in 2016, which allows Israeli authorities to demolish a structure built without Israeli permits within 60 days of its construction without legal proceedings.
In 2016, Palestinians experienced the highest number of Israeli demolitions recorded in a year since rights groups began recording the incidents.