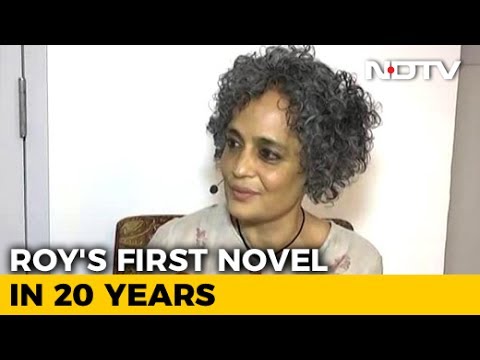 Anjula Gogia, the activist bookseller from Another Story Bookshop in Toronto, had patiently nudged me over a few weeks to introduce and host Arundhati Roy on stage when she read from her new book, The Ministry of Utmost Happiness. Roy would, in turn, acknowledge and thank Gogia for her persistence — over many years — in making her rare Toronto appearance possible.

Gogia was convinced that I could bring a unique perspective to the conversation for several reasons: rooted in social justice, my work as a documentary filmmaker has challenged the Canadian national narrative on race, immigration and Indigenous issues. And like Roy, I was from Delhi.

Nearly 1,000 people filled the Bloor Street United Church to greet Roy at the June 22 event. More than 100 were turned away. The buzz was electric and celebratory. Pews filled with mostly women, mostly young, many South Asians as well as academics, feminists, artists and activists.

In 1997, Roy won the Booker Prize for The God of Small Things, the first time the honour went to an Indian woman, and the first to an Indian writer living in the country. It would go on to sell eight million copies in 40 languages. Arundhati Roy was the toast of the literati, and I would say the glitterati, the world over. After winning the Booker, Roy went on to become an international political essayist, speaking out against the U.S. wars in Iraq and Afghanistan and Indian nuclear tests. Her work has made her a target of the Indian government.

Roy had decided to undertake a gruelling multi-city book launch tour; nearly a city a day across Europe, Canada and the United States. The day before she had been in Brooklyn. But as she entered the green room, she looked anything but tired.

In the summer of 1998, shortly after she won the Booker, India carried out a series of nuclear tests and gate-crashed the international nuclear power club. Pakistan followed with its own tests. In my opinion, it was at this juncture that Roy made a definitive choice. She wrote a brilliant, passionate and powerfully articulated critique entitled “The End of Imagination.” In doing so, she opted out of the celebrity pages and was labelled “anti-national.”

For the past two decades, Roy has been involved in mass movements while writing non-fiction essays with great urgency, so that those she describes as being deliberately unheard and unseen are heard, seen and understood.

Her path has not been easy; she has been, and continues to be, targeted on several levels: vigilantes have stalked and disrupted some of her public appearances.

Typically most who oppose her have not read her; they know her literary fame ensures that her reach is unparalleled. Her fearless refusal to blunt her pen against the increasingly sharper edges of the rhetorical knives and swords of her opponents, glinting and ready, drives them crazy.

In 2002, the Supreme Court of India charged her with contempt of court. She was ordered to pay a fine and had to serve a day in jail. In 2010, the Delhi Police charged her with sedition after she gave a public talk on Kashmiri independence. She is currently being tried for contempt of court yet again for an essay entitled Professor P.O.W. The case was finally stayed by the Supreme Court earlier this week.

In Toronto in June, she was greeted with a standing ovation.

I shared with the audience that when I finished the book, I wept. “I hope you also laughed as you read it,” she quipped — and we were off. One does not grieve without loss, yet amid the pain, suffering, horror and hate, the book unflinchingly asks us to witness. It is infused with love and passion of all kinds. For me, it is a loving elegy for the India of my childhood that has been transformed into an unpredictably terrifying place. Of course this thought was not spoken; the clock was ticking and I admitted that I had indeed laughed and chuckled throughout the book.

Roy spoke about the risks of taking a no-holds-barred approach to mapping out the brutal political realities of India. Her book is anchored in Jantar Mantar, the only officially sanctioned site for public demonstrations in New Delhi. From here, the narratives spread north to Kashmir, which is the most densely militarized zone in the world with more than 700,000 security forces and tens of thousands of Kashmiris who have been killed or disappeared. One cannot truly understand what is happening in Kashmir through media reports. Fiction offers a way to understand and imagine.

For this, she’s taken a breathtaking risk with the structure of the book. As a fiction writer, she explained that she felt fiction was in danger of being domesticated. There were huge expectations about her next book and she had wanted to free herself from this, and sought inspiration in her training as an architect and urban planner: “You structure a story the way you structure a city — planned and then invaded by unauthorized people. The novel is a creation of a universe and the creatures who inhabit it.”

As a result, the book’s narratives come from different points of views. I pointed out that all her characters break through borders. The characters in this book have borders that run through them, she said. For example, Anjum, as a hijra/transgendered, has the border of gender that runs through her (her chosen pronoun). Dayachand, a young Dalit (formerly known as Untouchables) who converts to Islam and names himself Saddam Husain, has the incendiary borders of being a Dalit as well a Muslim.

Asked by an audience member how she approaches oppressive characters, Roy said: “You have to feel affection for all of your characters, including the ones you don’t agree with … otherwise, it would be easy to create a straw man.” Here I pointed out to Roy that Viet Thien Ngyuen, American author of the Pulitzer Prize-winning novel The Sympathizer, has similarly argued for the importance of what he calls “ethical memory,” in which it’s essential for the other to be humanized and the potential for violence and oppression within oneself to be acknowledged.

Roy summed up by pointing out that India’s constitutionally enshrined commitment to secularism and socialism is being pushed aside in a concerted effort to create a Hindu India. In 1947, British India was partitioned into a Hindu majority, but constitutionally secular India, and the Islamic Republic of Pakistan. Hindu nationalists, Islamophobic from the outset, want India to be a Hindu nation in which minorities would live under a Hindu supremacist laws.

The current Hindu nationalist Prime Minister Narendra Modi was the chief minister of the state of Gujarat in 2002 when a pogrom against Muslims occurred. More than 1,000 were killed, and several tens of thousands remain internally displaced to this day. Over the past two years, under Modi’s watch, there have been lynchings of Muslims. The most recent led to a massive street protests across India, including in Jantar Mantar in Delhi, where Roy’s novel is centred.

Yet there are few of us, Roy said, who are resisting, but we have our backs to the wall. Furthermore, she said: “For the outsider, India is anarchic. But there is no anarchy in India. It’s highly ordered by caste, which is a brilliant and rigid system of administrative control, in which everyone is co-opted because they are allowed to oppress the ones below them, hence every solidarity is broken.”

The evening ended with another long, standing ovation.

Special thanks to Professor Prasad Bidaye, Humber College, for sharing his notes on Roy’s quotes from the evening.

NDTV: “It’s About ‘The Air We Breathe In India’: Arundhati Roy On Her Novel”