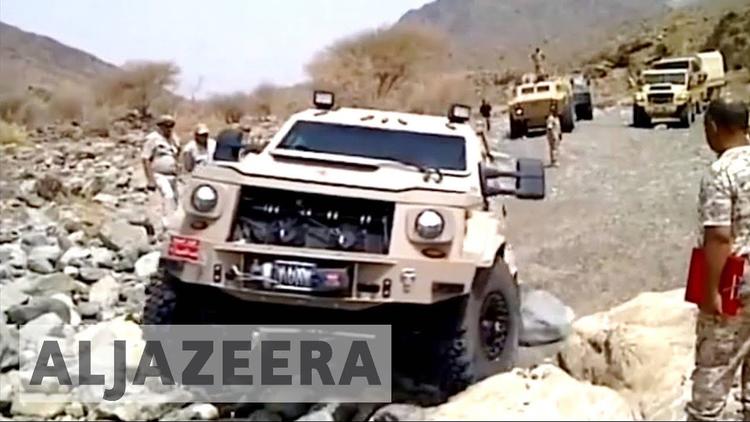 By Riccardo Labianco | (The Conversation) | – –

Since the catastrophic Yemeni civil war began in 2015, the British public has woken up to a serious problem: the use of UK-manufactured arms by Saudi Arabia. Various NGOs, campaigners and many MPs are increasingly worried about evidence that since the beginning of the conflict, Saudi Arabia has used UK-manufactured arms in ways that violate international law.

The British government, however, seems content to continue selling weapons to the Saudis – and indeed has worked hard to justify doing so. Government representatives have repeatedly claimed that the UK enjoys a “privileged position” from which it can train the Saudi armed forces and pressure them to comply with the international law of armed conflict. The corollary is that if the UK gave that position up, someone more nefarious would inherit it.

As the UK foreign secretary, Boris Johnson, said in the House of Commons in October 2016:

We would be vacating a space that would rapidly be filled by other Western countries that would happily supply arms with nothing like the same compunctions, criteria or respect for humanitarian law. More importantly, we would, at a stroke, eliminate this country’s positive ability to exercise our moderating diplomatic and political influence on a crisis in which there are massive UK interests at stake.

The government routinely falls back on this argument; it made the same case recently when it faced a judicial review of its decision to continue exporting arms to the Saudis despite their violations of humanitarian law.

The rationale has so far stood up in British courts and in parliament. But it is nonetheless deeply flawed – and it doesn’t come close to justifying what the government is still doing. Instead, the British government’s legal arguments seem highly selective.

The law regulates arms exports between states in two ways. Some provisions require the supplier state to assess how the recipient will use the arms before it transfers them; other provisions apply after the recipient has actually used the arms unlawfully. The point is that once arms are exported to another country, it is very difficult for the supplier to control who is using them and how. This is why there are legal norms applying to both the misuse of arms in the future and suppliers’ part in past violations.

But it’s not unusual for supplier states to focus solely on “guaranteeing” that arms won’t be misused while avoiding responsibility for unlawful use in the past. This is the case for the British-Saudi transfers, where the UK government seems content to talk about the guarantees that come with future transfers – even though the Saudis and their allies have violated humanitarian law with British weapons before.

In short, as far as international law is concerned, the Saudis’ assurances for the future do not justify the UK’s arms sales. A promise to behave properly in the future cannot justify unlawful behaviour in the past – especially not if the supplier state held a “privileged position” over the recipient when those violations were committed.

More than that, since arms have a long lifespan and are often stored and recycled for future conflicts, they have a nasty way of escaping the supplier’s control, making promises to limit their use essentially immaterial. This is precisely what has happened in Yemen, where the Saudi-led coalition has reportedly used British-manufactured cluster munitions.

Cluster munitions release or disperse explosive sub-munitions over a wide area, meaning they cannot be precisely targeted. Their imprecision means they can do substantial collateral damage during a conflict and they also leave unexploded ordnance scattered over wide areas where it can injure or kill civilians who find it after a conflict is over. Because of their excessive impact, they have been banned since 2010.

In 2016, the UK defence secretary, Michael Fallon, reported that the British-manufactured cluster munitions used in Yemen arrived to Saudi Arabia in the early 1980s, 30 years before the international ban. But this misses the point: the UK may not be producing, stockpiling and exporting cluster munitions any longer, but its past exports of these weapons are still in use, and there’s very little that can be done about it.

In any case, the argument that a “privileged position” from which to influence buyers’ behaviour justifies the UK’s arms sales makes no sense. After all, even if the UK could control the way Saudi Arabia uses exported arms, that would surely implicate it in everything the Saudis do with them.