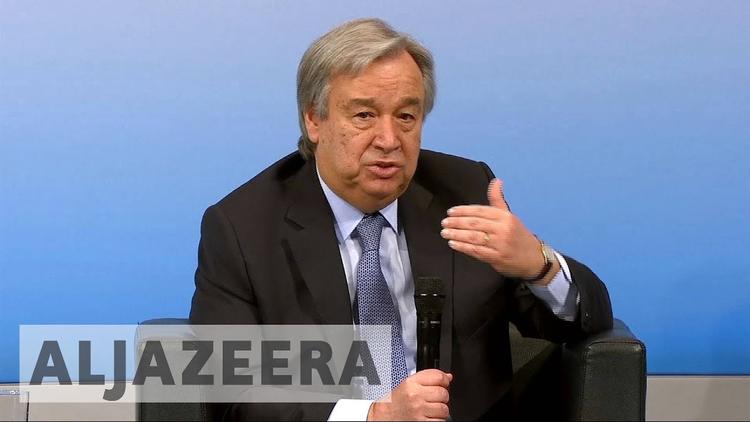 BETHLEHEM (Ma’an) — The United Nations Human Rights Council reportedly plans to go ahead with the publication of a list of companies operating in illegal Israeli settlements in the occupied Palestinian territory and the Golan Heights, in spite of immense diplomatic pressure from the United States and Israel.

According to a report published Tuesday by Israel’s Channel 2, the full list will be published in December, and will include some of the biggest firms in the Israeli industry as well as major US companies, a translation of the report from Times of Israel said.

Some of the international companies on the list reportedly include Coca-Cola, TripAdvisor, Airbnb, Priceline, and Caterpillar, in addition to Israeli companies such as pharmaceutical giant Teva, the national phone company Bezeq, bus company Egged, the national water company Mekorot, and the country’s two largest banks, Hapoalim and Leumi.

The list was recently delivered to the Foreign Ministry, the report said.

Last year, the United Nations Human Rights Council passed a resolution to support forming a database of all companies conducting business in illegal Israeli settlements in the occupied West Bank, amid fierce opposition by the United States and Israel.

The Washington Post previously reported that Zeid Raad al-Hussein, the UN high commissioner for human rights, said that the UN planned to publish the list by the end of this year, which prompted the Donald Trump administration to work with Israel to obstruct its publication.

However, according to the US newspaper, Israel and the United States had unsuccessfully attempted to block funding for the database.

PLO Executive Committee Member Hanan Ashrawi condemned the US and Israeli efforts at the UN as “morally repugnant” at the time.

The attempt “exposes the complicity of Israeli and international businesses in Israel’s military occupation and the colonization of Palestinian land,” Ashrawi said. “This is a clear indication of Israel’s persistent impunity and sense of entitlement and privilege.”

Ashrawi highlighted in her statement that Israel’s settlement activities constituted a “war crime” and were in direct violation of international law and several UN resolutions. “Any company that chooses to do business in the illegal settlements becomes complicit in the crime and therefore liable to judicial accountability,” she said.

Israeli Prime Minister Benjamin Netanyahu has complained that the list unfairly targets Israel and has noted that it was part of the larger Boycott, Divestment, and Sanctions (BDS) movement, which targets specific companies profiting off of Israel’s occupation of Palestinian territory and falls within the traditions of the nonviolent boycott movement against the apartheid regime in South Africa.

Israel and the United States have been starkly opposed to any move that could give weight to the BDS movement, and have often claimed that any support of a boycott against Israel amounts to anti-Semitism.

Israel has tightened the noose on the BDS movement in recent months, most notably by passing the anti-BDS law, which bans foreign individuals who have openly called for a boycott of Israel from entering the country.

Furthermore, Israel has routinely condemned the UN for what it sees as their anti-Israel stance, as numerous resolutions have been passed in recent months condemning Israel’s half-century occupation of the West Bank, including East Jerusalem, and its relentless settlement enterprise that has dismembered the Palestinian territory.

However, Palestinians and activists have long pointed out that nonviolent movements, expressed both in BDS activities and raising awareness on the international stage, are some of the last spaces to challenge Israel’s occupation, as Israeli forces have clamped down on popular movements in the Palestinian territory, leaving many Palestinians with diminished hope for the future.