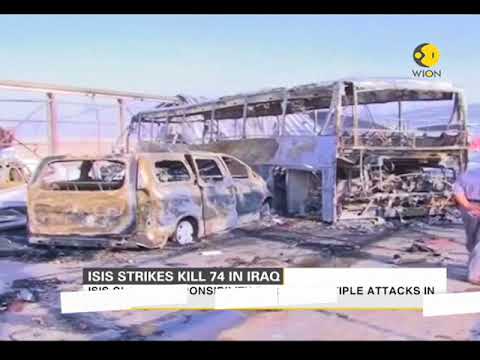 Security officials say that the attacks are an attempt by the terrorist group to project strength after losing their strongholds in Iraq.

The so-called Islamic State group carried out a terrorist attack on Thursday in Iraq that took the lives of at least 83 people, and wounded at least 93 others, the news agency EFE reported the General Director of Health in Diqar, Yasem al Jaldi as confirming.

The attack took place around noon, near Nasiriyah, in the Zi Qar province of southern Iraq, which has been less affected by Islamic State group violence in recent years than many other regions of the country, relatively speaking.

Gunmen opened fire into two restaurants, detonated a suicide vest, and blew up a car at a police checkpoint. Assailants were disguised as members of a local Shi’ite paramilitary force called Hashed al-Shaabi that is active in fights against the Islamic State.

The so-called Islamic State group later claimed responsibility on its news agency, claiming in a statement that it had killed “dozens of Shi’ites.”

According to hospital sources speaking to Reuters, at least 10 Iranians who were visiting sacred sites on pilgrimage were killed.

Security and police officials in Iraq are saying that the attacks are a return to older-style tactics for the terrorist group, which moved away from suicide tactics as it grew stronger. The deadly attacks are perhaps a reflection of the weakening of the Islamic State in both Iraq and in Syria.

“After losing the war in Iraq and the shrinking of its power, Daesh (Islamic State in Arabic) returned back to its old style of an insurgency, by carrying out suicide attacks, which is a clear sign that the terrorist group is retreating,” police colonel Murtatha al-Yassiri said.

“We expect more alike terrorist operations in the future. Daesh is trying to desperately pretend among followers that it’s still strong,” al-Yassiri continued.

The intelligence chief of the province has been fired following the attacks by Interior Minister Qasim al-Araji, and brought to interrogation, Xinhua reported from an Interior Ministry source.

The attacks have drawn international condemnation and messages of support to the Iraqi people. The United Nations Iraq mission shortly after released a statement condemning the “cowardly” attacks, and saying it is “deeply saddened.”

Venezuela also issued a statement expressing “pain in the face of the human losses, and sharing pain with the Iraqi government and people.” The Bolivarian government said it is giving a “message of solidarity to the victim’s familes.”