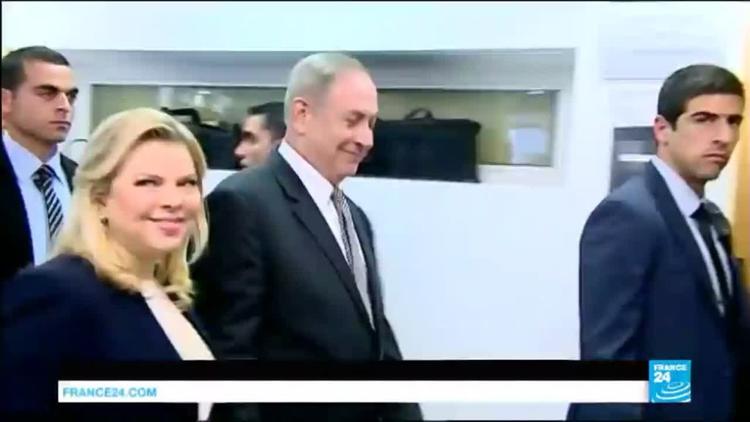 The announcement comes as the legal heat is turning up for Prime Minister Benjamin Netanyahu himself, for cases of bribery and fraud.

Sara Netanyahu, the wife of Israeli Prime Minister Benjamin Netanyahu could likely be indicted on charges of fraud and misuse of state funds, Israel’s Justice Ministry said on Friday.

The Attorney General is considering prosecuting Mrs. Netanyahu for using state funds amounting to around US$100,000 for personal luxury dining and other purchases, such as catering for private events, and paying for furniture and home improvements.

“Hundreds of meals from restaurants and chefs worth 359,000 shekels (US$102,399) were received from the state fraudulently,” the ministry statement said.

An indictment would lead to a future hearing, the date of which is still unknown.

Significantly, the case may also be a precedent for moving forward with charges against the Prime Minister himself.

Benjamin Netanyahu is currently under investigation for several cases related to bribery, fraud, breach of trust, and misuse of funds. He is accused of receiving “lavish” gifts from wealthy supporters, such as luxury goods, and of purchasing positive coverage from newspaper owners.

His personal lawyer, David Shimron, is facing a corruption case over shady interests in a defense contract deal to purchase submarines from a German company. Prime Minister Netanyahu himself will be testifying in the case.

The Prime Minister posted on his Facebook page that the charges levied against his wife are “absurd and will be proven to be unfounded.” He claimed in the post that she is a “brave and honest woman” who “spends a lot of time helping children with cancer, Holocaust survivors and lone soldiers.”

Benjamin Netanyahu has consistently denied all wrongdoing or corruption on the part of him and his wife. He acknowledged the “sharp increase in spending at the prime minister’s residence,” but chose to blame it on the “problematic chief caretaker.”

Israel: PM Netanyahu’s wife at the heart of a legal scandal for misuse of state funds