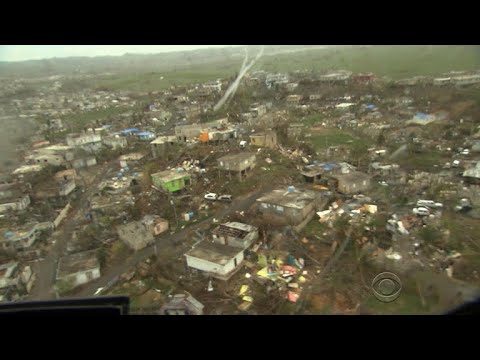 According to latest figures, the death toll in Puerto Rico caused by the passage of Category 4 Hurricane "Maria" on September 20, 2017, has risen to 45. There are still 113 people unaccounted for.

According to a letter obtained by CNN, Governor Ricardo Rosselló, citing an "unprecedented catastrophe," has lobbied Capitol Hill for a significant new influx of money soon as the island perches on the brink of "a massive liquidity crisis."

In a three-page letter sent to congressional leaders, Rosselló is requesting more than $4 billion from various agencies and loan programs to "meet the immediate emergency needs of Puerto Rico."

The governor also pointed to a potential exodus of the island's inhabitants should aid not be available in a timely manner – something he has also emphasized in conversations with lawmakers. Over 400 000 Puerto Ricans have moved to the mainland United States since 2004, according to the Pew Research Center. Puerto Rico now has 3.4 million residents.

Maria made landfall at 10:35 UTC on September 20, as a Category 4 hurricane with winds of 250 km/h (155 mph), becoming the strongest to hit the island since the Hurricane "San Felipe" of 1928, as well as the most intense hurricane to hit the territory in recorded history, and the most intense to make landfall anywhere in the United States (including locations outside of the Lower 48) since Hurricane "Camille" in 1969.

It delivered huge amounts of rain and powerful winds that downed trees, ripped roofs and walls off of buildings and soon knocked out power to the entire island. Its electrical grid is being described as having been totally destroyed.

Just so you can see them side-by-side, here is Trump on Texas vs PR. Wonder what the difference is. Hmmm… pic.twitter.com/5QWEAPgWG7