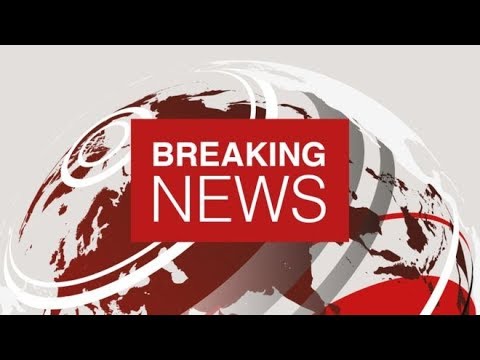 The Trump administration (actually UN Ambassador and far right Evangelical Nikki Haley) has decertified Iran from compliance with the Joint Comprehensive Plan of Action or Nuclear Deal of 2015. It would be interesting to know how many of Haley’s stupid and inaccurate talking points were provided by Israeli PM Binyamin Netanyahu and Saudi crown prince Mohammad Bin Salman.

The decertification means very little, since Iran is not actually in violation of the agreement and anyway it was concluded with the permanent members of the United Nations Security Council (China, Russia, Britain, France and the USA), not just with Washington. A US certification is not even mentioned in the deal. The International Atomic Energy Agency is the body responsible for certifying Iranian compliance, and it has repeatedly so affirmed.

Ominously, the former head of the IAEA, Mohammed Albaradei, who pointed out in spring of 2003 that the George W. Bush administration’s case for going to war against Iraq was bogus has weighed in on this new warmongering ploy:

The JCPOA is narrowly focused on Iran’s nuclear enrichment program, which Tehran has all along maintained is only for the purpose of producing fuel for its nuclear power plants at Bushehr. It denied to Iran a heavy water reactor, which is far easier to use to collect fissile material than light water reactors. It limited the number of centrifuges to 6,000. It limited the amount of uranium enriched to 19.5% for the Iranian medical reactor (which makes isotopes for treating cancer) that can be stockpiled in usable form. And it subjected Iran to the most stringent inspection regime ever imposed on any country.

Iran is observing all four of these conditions.

The Trump-Haley fake news document that challenges Iran’s compliance does not actually deny that Iran is complying with the JCPOA. Trump incorrectly asserts that military bases have not been inspected. The IAEA inspectors visited the Parchin base in 2015. It is not part of the regular inspections because the JCPOA excludes military bases. In fact the Nuclear Non-Proliferation Treaty excludes military bases, at the insistence of the US and the then USSR. So Washington has only itself to blame. In any case, that objection is a red herring, since the inspectors can ask to visit Parchin at any time and would be allowed to do so. They deliberately aren’t making the request these days because they do not want to give the impression that the Trumpies have a leg to stand on with this critique.

The list of grievances Trump/Haley present against Iran have nothing to do with the nuclear deal. They don’t like Iran’s ballistic missile development program. I’m not sure why, since Iran has nothing impressive to put in the warheads except dumb bombs, which it would be brain dead to launch against nuclear-armed Israel or even against Saudi Arabia, which has a US defense umbrella.

The US complaints also include Iranian support for Hizbullah and intervention in Syria, which Trump and Haley are pleased to call terrorism. But if that is such a bad thing then why not also sanction Vladimir Putin, who is doing the same things in Syria and giving air support to Hizbullah and other Shiite militias? And why is it so bad for Iran to prop up Bashar al-Assad if Trump himself said that Arabs need a strongman at the helm and it is all right with him if al-Assad stays and Putin takes care of Syria? The Haley indictment of Iran has an oddly Neoconservative ring that ill fits with Trump’s positions and ends up condemning Der Donald as much as anyone else.

Not to mention that it has come out that the US saw ISIL growing in eastern Syria and let it do so because they thought it would pressure al-Assad. So who was complicit with terrorism in Syria? Not Hizbullah and Iran, the most effective fighters against ISIL. (Trump and Haley are so ignorant that they do not know that ISIL and al-Qaeda more generally are hyper-Sunni fanatics who have a genocidal attitude toward Shiites such as Iranians, and they even try to implicate Iran in 9/11, which is Alex Jones conspiracy-theory territory).

And they want to sanction the Iranian Revolutionary Guards Corps, escalating the covert struggle between Iran’s national guard and the US security agencies. (Though note that the US military has been de facto allied with the IRGC in Iraq in the fight against ISIL. Maybe now that ISIL is nearly over with as a state, the long knives have come out among the victors?)

The Trump decertification asks the US Congress to make foreign policy, which is not how I remember the Constitution.

As for the likely impact, it will be to bolster the hard liners in Iran like the IRGC and to isolate the US as a rogue nation.

Trump’s move immensely strengthens Khamenei and the IRGC in Iranian politics and flushes President Hassan Rouhani and other centrists down the toilet.

If the goal were to get Iran out of Syria, this way of proceeding forestalls success. Lots of Iranians are embarrassed to be supporting a Baath regime in Damascus, and as the ISIL threat receded so too might have public willingness to incur casualties for the sake of al-Assad.

But now any such calls would be branded as treason in the service of USA imperialism, and successfully so.

Regionally, moreover, the Iraqi government would collapse without IRGC support, and since it increasingly doesn’t need the US, will likely distance itself from Washington over time, increasing rather than decreasing Iranian influence. This will especially be true if Kurds declare independence and are kicked out of the Baghdad government, leaving Arab Iraq 80% Shiite. Nouri al-Maliki already has attempted a vote of no confidence against the Kurdish president. The US has powerful ties of clientelage to Erbil (the capital of Iraqi Kurdistan) and if Baghdad thinks it is insufficiently hard on Barzani, that will be another wedge. Muqtada al-Sadr and other nationalists who want the US back out will be strengthened.

Outgoing German Foreign Minister Sigmar Gabriel observed that if Iran continues to be compliant, we’d now see Europe lining up with Russia and China against the US on the Iran issue. And sure enough, Britain, Germany and France issued a statement today standing behind the nuclear deal and declining to go along with Trump.

In short, this step profoundly weakens the United States internationally and strengthens the worst elements in Iran.