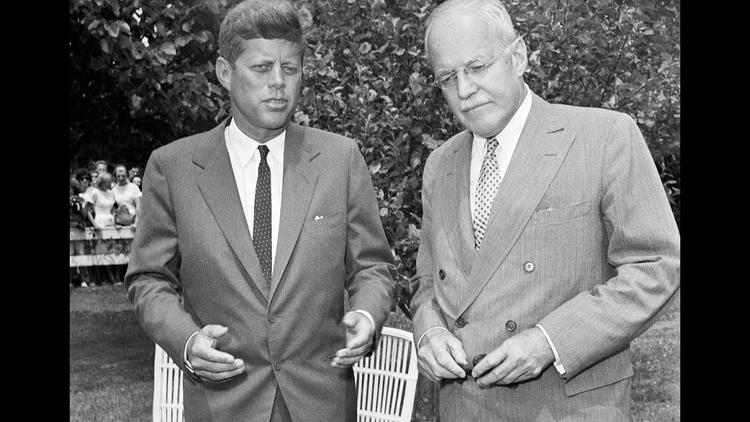 During a top-level meeting, U.S. officials warned against the possibility of it being traced back to the United States.

The recently published JFK files have shed further light on U.S. plans to use biological weapons as part of its Cuban Project, an agricultural sabotage plot against the socialist country.

During a meeting with top-ranking officials on Sept. 6, 1962, U.S. General and Deputy Director of Central Intelligence Marshall Carter said, “biological agents disguised as substances of natural origin” can be employed to destroy crops in Cuba.

Others present at the meeting, which took place only six weeks prior to the Cuban Missile Crisis, included National Security Advisor McGeorge Bundy; Attorney General Robert F. Kennedy; Air Force Gen. Edward Lansdale, who led clandestine operations against Cuba; and Edward R. Murrow, the famous broadcast reporter who was serving at the time as the director of the U.S. Information Agency, according to National Public Radio.

Notes extracted from a document recounting the meeting read, “General Carter pointed out the extreme vulnerability of any such operation and the terrible consequences it could have if something goes wrong, especially if there is any obvious evidence of U.S. involvement.”

Bundy offered counsel on the matter, suggesting that the use of chemical agents were not propitious, especially if their use could be traced back to Washington. A proposal to discuss a plan to “attack Soviet personnel located in the territory of Cuba,” was also revealed in the document but with no further details concerning the matter.

Almost 3,000 previously classified files were released by the U.S. National Archives to the public Friday, but a White House memo penned by U.S. President Donald Trump said he blocked the release of an unknown number of files because he had “no choice” but to accept the concerns of agencies such as the FBI and CIA.

In the days leading up to the deadline, Trump had hyped the documents’ release as a victory for the public that would be “so interesting!” But he later conceded to “national security, law enforcement, and foreign affairs concerns,” ordering a 180-day review for the agencies to reconsider their redactions. The result is yet another deadline for documents of April 26, 2018.

The documents also showed that the CIA considered staging several terror events, even bombings, in Miami and other U.S. cities to foster a terror threat which would, in turn, be blamed on the Cuban government. “We could develop a Communist Cuban terror campaign in the Miami area, in other Florida cities and even in Washington,” read one of the reports.

The plan also included a possible attack on migrants leaving Cuba to settle in the United States. It went on to read that “we could sink a boatload of Cubans en route to Florida (real or simulated). We could foster attempts on lives of Cuban refugees in the United States even to the extent of wounding in instances to be widely publicized.”

Another memo dated to 1959 — the year of the triumph of the Cuban Revolution — read, “Conditions are getting so bad in Cuba a counterrevolution will occur from within Cuba … powerful interests, such as bankers, sugar institute, et cetera, are extremely dissatisfied,” another FBI report suggested that Cuban exiles in the United States are so fed up with Fidel Castro that he “cannot last more than two months.”