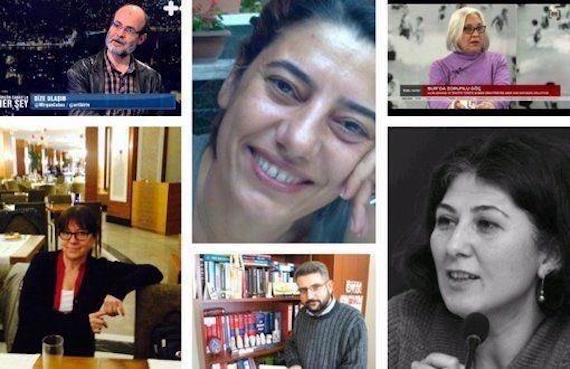 If it were a television script, any sensible producer would reject it as too far-fetched.

Ten human rights defenders met on a small island in Istanbul for a training session on July 5. Yet instead of a regular work meeting, an Istanbul prosecutor has made the preposterous accusation that the group was in fact colluding with three terrorist organizations – several of which are sworn enemies of one another – and their true purpose was to foment “chaos” in the country through mass protests.

The accusations may sound laughable, but the implications for human rights work in Turkey are deadly serious.

The chair of the Amnesty Turkey, Taner Kılıç, was detained a month before the police raid on the meeting and stands trial in a separate case later this month for having an encryption app on his phone – a charge he denies – which supposedly links him to the group the government accuses of last year’s attempted military coup. He is now also accused of being involved in the alleged conspiracy with the 10.

We don’t know if a court will accept the indictment, which was leaked to the Turkish media this weekend before the detainees’ lawyers even saw it. But even a superficial examination of the allegations confirms they are unfounded, contradictory, and politically motivated.

By way of evidence, the prosecutor cites random material gathered from the defenders’ phones and laptops: Amnesty campaign material, a few random phone calls with people who are also the subject of ongoing criminal proceedings, notes from a political meeting, a grant application, a map showing language groups across the Middle East and Asia, some minor money transfers for unspectacular sums. All this is seemingly evidence that the activists were hatching a plan to sow chaos across Turkey.

The truth is that these human rights defenders are being prosecuted not for an elaborate conspiracy, but to silence them and make their work impossible. They should be freed immediately, and the politically motivated charges against them dropped.