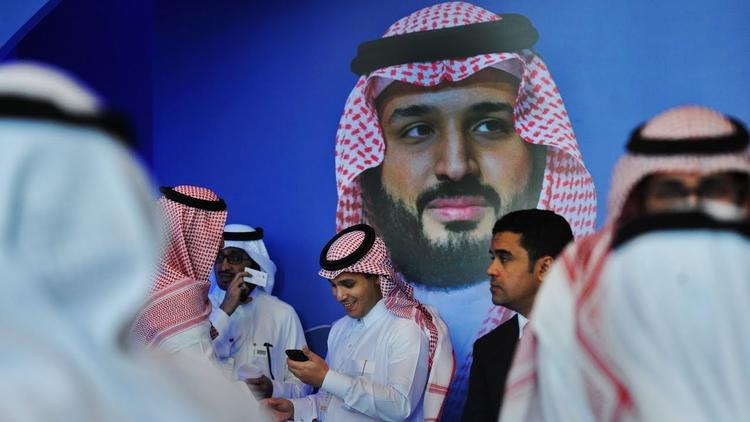 I stood in front of a mosque in the city of Qatif, Saudi Arabia, interviewing people for a story. Suddenly, two city police cars pulled up. Several minutes later plain clothes officers from the secret police began questioning me.

I had entered the country with a journalist visa, but committed the grave crime of practicing journalism without official permission. All interviews, even with ordinary people, had to be cleared in advance.

I was told not to leave my hotel and exited the country soon thereafter. I was, however, able to report on the brutal repression of Shia Muslims in Saudi Arabia, who had been demonstrating against the government since the beginning of the Arab Spring.

The Kingdom of Saudi Arabia (KSA) is of the most repressive regimes in the world, and of course, a close US ally. The Kingdom is back in the news because it’s leader, Crown Prince Mohammad bin Salman (MBS for short), has arrested more than 200 of his royal cousins and businessmen on corruption charges.
Lebanon has suffered from the Syrian civil war next door. Here a house in Hermel, Lebanon, was destroyed by rockets fired by Saudi backed rebel groups. Photo by Reese Erlich

In a truly Saudi twist, those multi millionaires are jailed at a Ritz Carlton in Riyadh seized by the government for the occasion. Some faced the indignity of sleeping on mats in the lobby.

Some media and the Trump administration portray MBS as a reformer cracking down on corruption and the reactionary religious establishment. The Cairo Review, for example, wrote, “The crown prince has moved quickly to confirm his liberal progressive credentials…. [H]e sought to float 5 percent of the Saudi Aramco shares (dubbed the biggest IPO in history), allowed women to drive, tolerated the reopening of cinemas, has plans for a tourism industry, and reigned in the powers of the religious police.”

Notice the conflation of political liberties with “liberalization” of the state owned oil company, Aramco. Somehow, the achievement of political freedoms must include foreign bankers making super profits on an IPO (initial public offering).

Madawi Al-Rasheed , a visiting professor at the Middle East Centre, London School of Economics, told me MBS is no reformer. He’s “more like an autocrat who employs public relations and management consultants to package the worst changes as historical reform,” she said. “He is desperate to attract foreign investors who should not rush to save his throne and risk losing all their investment.”

The crown prince’s anti-corruption campaign is a phony. He arrests his political enemies while his corrupt cronies remain untouched.

“Autocrats use populist policies to gain popularity, and MBS is no exception,” Al-Rasheed added. “What we have seen is consolidation of military, political and financial power rather than anti-corruption.”

In foreign policy MBS is equally reactionary. He’s trying to ratchet up hostility towards Iran to cover up multiple regional failures. The KSA is bogged down in a war in Yemen and its efforts to isolate Qatar have failed miserably.

Since 2012 the KSA backed al-Qaeda affiliated groups in Syria, as I exposed well before it was acknowledged in the US.

Those extremists have lost the civil war, and the Saudis lost influence along with them.

And then there’s Lebanon. In early November, MBS summoned Lebanese Prime Minister Saad Hariri to Riyadh. Hariri and his political party have long depended on Saudi royals for financial backing. But on this trip, instead of a red carpet befitting the prime minister, Saudi guards confiscated the cell phones of Hariri and his body guards.

They were held incommunicado until Hariri appeared on TV in Riyadh to resign his post. He blamed Iran and Hezbollah for creating a crisis in the region. Many Lebanese thought Hariri had been forced to do Saudi bidding.

“Hariri is not arrested but he was given a political ultimatum,” Elie El-Hindy told me. He is an associate professor of International Relations at Notre Dame University in Lebanon. Hariri had to take a harder line against Iranian-backed Hezbollah “or bid farewell to any Saudi Arabian political, financial or other kind of support.”
Sponsored link

Hezbollah is both an armed militia and political party that leads the elected, coalition government in Lebanon. If Hariri’s resignation stands, then it would break up that coalition. Saudi Arabia could claim the Lebanese government is not legitimate, a mere tool of Hezbollah and Iran. That would set the stage for a new military conflict.

MBS has forged close relations with the Trump administration. The Saudis and Israelis enthusiastically welcomed Trump’s election in 2016. Presidential son in law and top advisor Jared Kushner has visited the Kingdom three times this year.

Politically, MBS and Trump have a lot in common. They both have authoritarian proclivities, they distrust minorities and women, and they blame Iran for all the problems in the Middle East.

For example, both blame Iran for the war in Yemen. They argue that Iran is arming and directing the Houthi rebels. Both the Obama and Trump administrations fully backed the KSA and have sent troops to Yemen in yet another undeclared US war.

In fact Saudi Arabia started the war by invading the southern part of Yemen in 2015, expecting a quick victory. The Saudis intentionally bomb civilians in an effort to weaken Houthi morale. More than 5000 Yeminis have died and 8,000 are injured. Cholera has spread throughout the country. Nearly 19 million face a humanitarian catastrophe because of hunger and lack of health care. The KSA spends billions per month on a war that has no end in sight.

Paul Pillar, a former senior CIA official who is now a fellow at Georgetown University’s Center for Securities Studies, told me Iran did not initiate the Yemen War; it does not control the Houthis. That’s just an excuse used by the Saudis and United Arab Emirates, the other country occupying Yemen.

“The Iranian aid to the Houthis is tiny compared to the Saudi and UAE military effort, said Pillar. “The war has had cataclysmic consequences.”

Both the US and Saudi Arabia also claim that Iran is trying to create a “land bridge” stretching from Iran, through Iraq and Syria to the Lebanese coast. That would enable Iran to supply Hezbollah with weapons for its fight against Israel.

Pillar snorted that he’s tired of hearing this phony argument. He noted that Hezbollah has gained strength over the past 30 years without any land bridge.

“Iran will have access to Lebanon, but it doesn’t need a land corridor,” he said. “They can ship by air.”

I worry that MBS’s latest moves are part of a broader plan to encourage Israel to attack Lebanon. Hezbollah has emerged on the winning side in Syria, having backed President Bashar al Assad.

A political analyst with the Israeli daily Haaretz wrote the Saudis are trying to “move the battlefield with Iran from Syria to Lebanon, trying to get Israel to do Saudi Arabia’s dirty work.”

There’s a fierce debate within Israeli ruling circles as to whether and when to attack Lebanon. Israel already lost a war with Hezbollah in 2006. Hezbollah sank an Israeli naval ship and fired missiles into northern Israel. Today Hezbollah has a lot more missiles and troops battle hardened in Syria.

For the moment, Israeli officials are talking down the prospects for a full scale attack on Lebanon. But there’s no question that MBS machinations are causing severe tensions in the region.

As former CIA analyst Pillar told me, “The odds of war are greater now than a few months ago.”

If you want to see corruption and political chicanery American style, keep your eyes on former Trump National Security Advisor Michael Flynn. We already know that Flynn was on the Turkish payroll, and he tried to cut US support for Syrian Kurds, which reflected Turkish policy. Now the special counsel’s office has leaked Flynn’s possible connection to a $15 million plot to kidnap a prominent opponent of the Turkish government living in Pennsylvania and deliver him to Turkey. If pursued by the special counsel, the Flynn story will reveal a lot about Washington’s real inner workings.

Reese Erlich’s syndicated column on international affairs appears every two weeks in 48 Hills. The revised and updated edition of his book The Iran Agenda: the Real Story of US and Policy and the Mideast Crisis, will be published in 2018.

Reprinted with author’s permission from 48hills.org