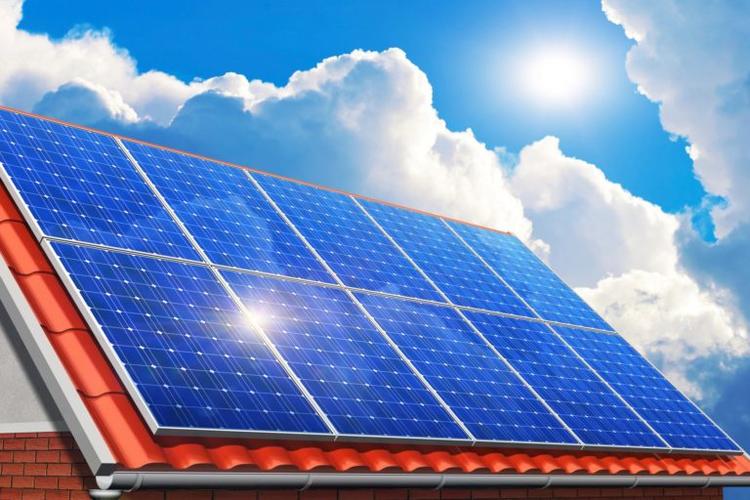 With petrochemical billionaires Charles and David Koch paying many of the GOP’s bills these days, it’s no wonder conservative policymakers are pushing hard to protect dirty fossil fuels against competition from clean, renewable energy. But entrepreneurial capitalists whom conservatives claim to worship are fighting back, slashing costs for wind and solar power to the point where few customers can refuse them.

A remarkable new study by Lazard, the venerable New York investment house, concludes that the unsubsidized cost of energy from new wind and solar plants now falls decisively below that of nuclear and coal plants, and even below that of efficient natural-gas-fired generation. The gap is widening each year as scale economies and improvements in turbine and photovoltaic technology drive cost reductions. Significantly, even cautious modelers at the U.S. Department of Energy concede these trends.

Even more disruptive is Lazard’s finding that “in some scenarios the full-lifecycle costs of building and operating renewables-based projects have dropped below the operating costs alone of conventional generation technologies such as coal or nuclear.” In other words, it’s often cheaper to shut down those older plants and replace them with new wind and solar projects.

Where local conditions especially favor renewable energy, the cost advantages of wind and solar have become enormous. Last spring, for example, Tucson Electric Power inked a 20-year deal to purchase enough solar energy to power more than 20,000 homes at a price of less than 3 cents per kilowatt-hour. (One kilowatt-hour is the amount of energy needed to light ten 100-watt bulbs for an hour.)

Members of the Trump administration, and many Republicans in Congress, are trying to derail the renewable express train.

President Donald Trump and First Lady Melania Trump arrive to the Murabba Palace, escorted by Saudi King Salman on May 20, 2017, in Riyadh, Saudi Arabia, to attend a banquet in their honor. (Official White House Photo by Shealah Craighead)

Secretary of Energy Rick Perry has called for “rebalancing the market” by issuing federal rules to tilt the playing field in favor of coal and nuclear power. Perry was reportedly influenced by the CEO of Murray Energy, a major coal company that sells much of its product to U.S. utilities whose traditional generating plants are becoming uneconomic.

In an effort to boost profits for coal companies, the Trump administration is also working with Peabody Energy to subsidize continued operation of the Navajo Generating Station in Arizona, whose owners voted in February to close the 43-year-old plant. The coal-fired facility has been a major source of air pollution and haze in the Grand Canyon and is the third largest source of greenhouse gas emissions in the nation.

Speaking at a Kentucky Farm Bureau event in October, Environmental Protection Agency Administrator Scott Pruitt said “I would do away with the incentives that we give to wind and solar,” even though current law already schedules most credits to expire by 2020 for wind and 2022 for solar.

Echoing his sentiment, the latest House tax bill guts clean energy tax credits, though the draft version under consideration by the Senate keeps them intact. The Senate’s reluctance reflects the fact that many of the nation’s more than 300,000 jobs in renewable energy production are in heavily Republican states.

As renewable energy costs continue to fall, however, the Trump administration is finding it hard to repeal the laws of supply and demand.

In August, Duke Energy Florida said it was scrapping plans to build a new nuclear plant and would instead double the Sunshine State’s solar capacity as part of a $6 billion program to modernize the state’s power grid and build 500 new electric vehicle charging stations.

Meanwhile, American Electric Power, one of the country’s leading owners of coal-fired plants, announced in July that it is investing $4.5 billion to build the nation’s largest single-site wind project, in western Oklahoma. Beyond that 2,000 megawatt project, AEP has plans to acquire 5,300 megawatts of additional renewable power by 2030 to diversify its power production portfolio and slash carbon emissions.

In a survey this spring of 32 power utilities operating in 26 conservative states, Reuters found only one that said it might prolong the life of its coal-fired units to please the Trump White House.

“The number of utilities betting their futures on renewable energy seems to be growing by the day,” observes the investment website The Motley Fool. “Utilities aren’t investing billions of dollars into renewable energy to save the climate or appease environmentalists, they’re doing so because it’s in their best interest financially. Renewable energy is now the lowest cost option when building new power plants and that’s what’s driving adoption. If these utilities are any indication, there will be tens of billions more poured into the industry over the next decade.”

The same trend is happening globally, as major greenhouse polluters like China and India invest tens of billions of dollars in new solar and wind plants. Even the world’s fossil-fuel capital, Saudi Arabia, is joining the revolution: In October, its power authorities received an astonishingly low bid of only 1.8 cents per kilowatt-hour for a 300-megawatt project in the north of the kingdom. Unlimited sun and cheap land make solar power the cheapest resource even in the land of oil.

With renewable energy costs in sharp decline, and utilities shifting their investments accordingly, why should we care if President Trump’s team denies the existence of climate change and lauds the future of coal? Because with global carbon emissions still rising, the world must dramatically step up its response if we hope to keep the impact and cost of global warming in check.

“Humanity has failed to make sufficient progress in generally solving these foreseen environmental challenges, and alarmingly, most of them are getting far worse,” declared a communique by more than 15,000 scientists from 184 countries published this month in the journal BioScience. “Soon it will be too late to shift course away from our failing trajectory.”

To keep overall warming of the planet under 2 degrees Celsius relative to pre-industrial levels — about twice the increase to date — global annual investment in clean energy must triple, according to a major new analysis issued this October by Stanford University’s Precourt Institute for Energy.

As climate activist Bill McKibben told a recent international climate conference in Germany, “If we have any hope of preventing absolute civilization challenge and catastrophe, then we need to be bringing down carbon emissions with incredible rapidity, far faster than it can happen just via normal economic transition.”

In other words, we can’t afford to depend on slow market adjustments. We need continued renewable energy subsidies and new carbon taxes to accelerate the transition to cleaner energy. We need increased investment in customer energy efficiency programs. We need to tackle carbon emissions not just from power plants, but from transportation, industry and agriculture — all potentially greater challenges.

Daunting as that agenda is, we can at least find some comfort in signs — like the new report from Lazard — that market forces are finally lining up to help humanity save itself.

Reprinted with author’s permission from Consortiumnews.com