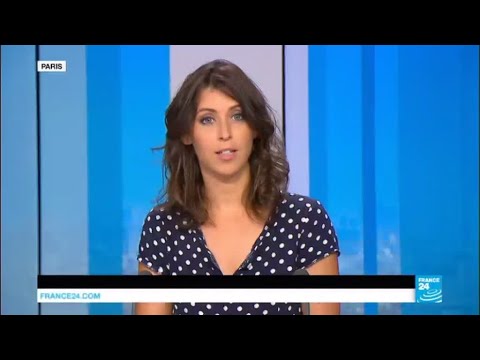 Immigration has been shown to boost Europe’s economies and should be encouraged as indigenous populations get older.

At a time of challenge, Europe still has what some might think is a surprising ace up its sleeve – immigration, writes Maha Akeel.

Maha Akeel is the director of the information department at the Organisation of Islamic Cooperation, the world’s second largest intergovernmental body after the UN with 57 member states. She is an author and a former journalist.

Europe’s far-right are lying to their own populations: study after study across a range of countries has shown that the far-right’s claims about the impacts of immigration are false.

Studies of the effect of increased immigration in Europe in the 1990s found that it increased the efficiency and flexibility of labour markets, allowing more people to find jobs. Similarly, data from 2001-2007 for seventeen OECD countries showed no correlation between rates of immigration and unemployment.

Across the pond, another major study found not only that each immigrant to the United States created 1.2 local jobs for native workers, but that immigration overall boosted wages in local ‘non-tradeable’ sectors like construction, transportation, hotels, and education.

The upshot is that Europe’s success in the latter half of the 20th century was made possible by immigrants, and the 21st century will be no different.

While migrants have for the most part played a critical role in creating new jobs and galvanising the European economy, migrants are also needed to provide the labour force that can sustain Europe’s ageing native population.

As the International Longevity Centre found recently, given the average rate of UK employment, EU migrants could be a key asset in supporting the UK’s ageing population. Far from being a drain on the welfare state, between 2001 and 2011 migrants from the European Economic Area paid £22.1 billion more in taxes than they took from the British government.

Similar projections apply across the EU. Right now, European societies on average have four working-age people for every person aged over 65. According to European Commission data, by 2060 this will halve to only two working-age people per one elderly person.

This could lead to a colossal drop in GDP. The only possible way this looming challenge can be solved is by ensuring a sufficiently high labour force that can sustain Europe’s growing and ageing population. And that requires immigration.

The ‘cultural anxiety’ preventing the new far-right back from embracing this truth is, ironically, thoroughly foreign to Europe.

Immigration into and within Europe is older than the name Europe itself. In Greek mythology, the woman after whom the continent was named, Europa, was originally from Phoenicia, an ancient civilization encompassing what is now modern-day Syria and Lebanon.

The continent named after a Syrian mother can rejuvenate itself by accepting her descendants (and others) who are hungry for safety, security and prosperity.

To be sure, this will not be an easy task. The influx of more than a million migrants and refugees into Europe came as a shock to a continent still struggling to recover from the 2008 financial crash.

The crisis can, however, be converted into an opportunity. With sufficient institutional support to assist migrants with access to education and employment, the disadvantages they often experience can be transitioned into real jobs that boost the wider economy for everyone.

In contrast, the far-right’s ambition to erect a ‘fortress Europe’ that shuts out migrants would doom continental economies to slow growth, stagnation, low productivity and low employment for decades to come.

But if European policymakers rise to the challenge, they will be able to turn rising immigration into a win-win boon that provides the key ingredient to sustain prosperity well into the 21st century.

France 24 English: “Can Europe distinguish between refugees and economic migrants?”