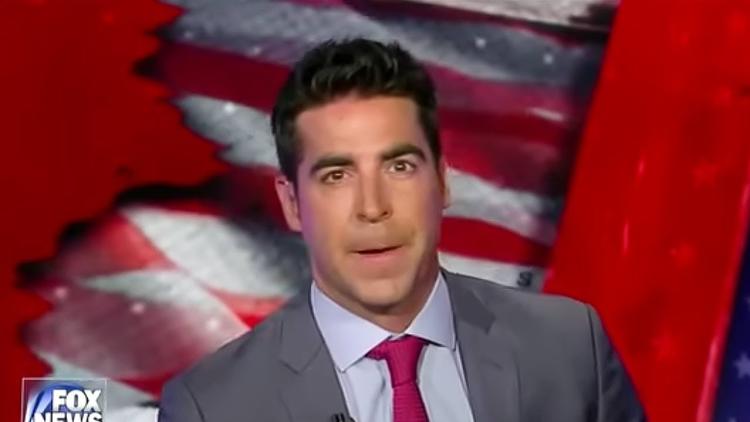 Fascism is all too often relegated to the history books.

The word conjures up a period in which civilized societies treated democracy with contempt, engaged in acts of systemic violence, practised extermination and elimination, supported an “apocalyptic populism,” suppressed dissent, promoted a hyper-nationalism, displayed contempt for women, embraced militarism as an absolute ideal and insisted on obedience to a self-proclaimed prophet.

But the seeds that produced such fascist horrors have once again sprung to life, returning in new social and political forms.

Today, a culture of fear dominates American society, one marked by massive inequities in wealth and power that not only uphold structures of domination, but also view differences as threats, compassion as weakness and shared responsibilities —if not the common good itself — as pathology.

Fascist thought is on the rise all over the world, but its most blatant and dangerous manifestation has emerged in the Trump administration.

Fear and the ethos of mass consumerism —coupled with widespread insecurity and ignorance —now drive people into a malignant notion of security, self-inflicted cynicism and into the arms of demagogues like Trump. For too many Americans, critical thinking and hope have given way to emotional bonding and the revival of the discourse of ultra-nationalism and bigotry.

Trump: Not Hitler, but dangerous nonetheless

Trump is not Hitler in that he has not created concentration camps, shut down the critical media or rounded up dissidents; moreover, the United States at the current historical moment is not the Weimar Republic.

But in the Trump era, remnants of fascism exist in different shapes and forms and include a celebration of the cult of the leader, systemic racism, the embrace of a toxic macho-populism and state support for ultra-nationalism, racism and the threat of violence against critics.

All of these elements are evident in Trump’s rhetoric and policy initiatives.

Trump’s corporate brand of neoliberal fascism is highly visible in right-wing policies that favour deregulation, corporate power and the interests of the ultra-rich.

Instead of draining the corporate swamp, Trump has embraced the merging of corporate and political power, and in doing so has turned the state into a battering ram designed to serve the most powerful and wealthiest members of society.

Trump’s mode of fascism is a unique product of our times, our commercial culture, and a corporate controlled media, all of which saps the foundations of a viable democracy.

American culture is advertising-saturated and celebrity-based, and has permitted a rich self-promoter to abandon any pretense of civility, accountability or integrity in order to hype, scam and market his way to power.

Call it Fascism, American-Style. It’s returned in the shadow of neoliberalism, with its celebration of the market as the template for governing all of society and its concentration of economic and political power in relatively few hands.

How else to explain Trump’s unapologetic support and friendly attitude toward right-wing dictators such as the self-confessed killer, Rodrigo Duterte, president of the Philippines, Russia’s Vladimir Putin and China’s Xi Jinping, all of whom have a fawning attraction to Trump given he exhibits little interest in their massive human rights violations.

Trump’s fascism is also on full display in his ramping up of the police state, his relentless racist rhetoric, taunts and policies that cast Blacks, immigrants and Muslims as people unworthy of respect, compassion and dignity, and in his support for a war culture.

The latter is marked by his expansion of the U.S. military budget, his provocations aimed at North Korea and reckless policies such as recognizing Jerusalem the capital of Israel —widely condemned by almost all world leaders — that destabilize the Middle East, Asia and other parts of the world.

But there are more subtle, if not under-examined, indicators that point to resurgence of fascist principles in the United States.

One of the most powerful is Trump’s war on youth.

Finance capitalism now drives politics, governance and policy in unprecedented ways. And it’s more than willing to sacrifice the future of young people for short-term political and economic gains, if not democracy itself.

In an apparent war on children, the Trump administration provides a disturbing index of a society in the midst of a deep moral and political crisis — not the least of which was the president’s support and defence of an accused serial pedophile, Roy Moore, in his unsuccessful attempt to win an Alabama Senate seat.

Too many young people today live in an era of foreclosed hope, an era in which it is difficult either to imagine a life beyond the tenets of a savage form of casino capitalism or to transcend the fear that any attempt to do so can only result in a more dreadful nightmare.

Youth today are not only plagued by the fragility and uncertainty of the present, they are, as the late Polish philosopher Zygmunt Bauman has argued, “the first post-war generation facing the prospect of downward mobility [in which the] plight of the outcast stretches to embrace a generation as a whole.”

American youth, especially those marginalized by race and class, are subject to the dictates of the punishing state. Not only is their behaviour being criminalized in schools and on the streets, they are also subject to repressive forms of legislation.

Several states are sponsoring legislation that would make perfectly legal forms of protest a crime that carries a huge fine, or subjects young people to possible felony charges? Increasingly, young people are viewed as a public disorder, a dream now turned into a nightmare.

The most recent example is evident in budget and tax reform bills that shift millions of dollars away from social programs vital to the health of poor youth to the pockets of the ultra-rich, who hardly need tax deductions.

As U.S. children’s rights activist Marian Wright Edelman points out, such actions are particularly alarming and cruel at a time when “millions of America’s children today are suffering from hunger, homelessness and hopelessness.”

She adds: “Nearly 13.2 million children are poor – almost one in five. About 70 per cent of them are children of colour, who will be a majority of our children by 2020. More than 1.2 million are homeless. About 14.8 million children struggle against hunger in food insecure households.”

The Trump administration is more than willing to pass massive tax cuts for the rich while at the same time refusing to fund the Children’s Health Insurance Program, which supports over nine million children.

Republican Senator Chuck Grassley, meantime, has argued that tax cuts shouldn’t benefit the poor because they will just waste the money on booze and women.

So if you’re not rich, it’s because you’re lazy. Really? Tell that to the 10,000 people, some of them children, who may die each year as a result of losing their health insurance due to the proposed Senate tax bill.

Such a mindset, and statements like Grassley’s, are more than cruel, they represent a political and economic system that has abandoned any sense of moral and social responsibility.

In this view, children are undeserving of aid because offering such government support flies in the face of a ruthless neoliberal ideology that insists that the only responsibility of government is to aid the rich and powerful corporations.

If the poor are suffering and subject to harsh conditions, according to Grassley’s logic, it is because of a lack of character.

Another under-analyzed example of Trump’s war on youth can be seen his cancellation of the DACA program (Deferred Action for Childhood Arrivals), instituted in 2012 by former president Barack Obama.

Under the program, over 800,000 undocumented immigrants brought to the country as children or teens before 2007 were allowed to live, study and work in the United States without fear of deportation.

In revoking the program, Trump enacted a policy that is both cruel and racist, given that 78 per cent of DACA residents are from Mexico. These are the same immigrants Trump once labelled rapists, drug addicts and criminals.

Trump’s contempt for the lives of young people, his support for a culture of cruelty and his appetite for destruction and civic catastrophe are more than a symptom of a society ruled almost exclusively by a market-driven survival of the fittest ethos.

It is about the systemic derangement of democracy and emergence of fascist politics that celebrates the toxic pleasures of the authoritarian state with no regard for its children.

Trump is the apostle of moral blindness and unchecked corruption, and he revels in a mode of governance that merges his never-ending theatrics of self-promotion with deeply authoritarian politics.

One of the most disturbing features of Trump’s fascism is his disregard for the truth and his embrace of an infantilism that demonstrates, for young people, a lack of any viable sense of critical thought, agency and commitment to social and economic justice.

What’s more, Trump has unleashed a rancid populism and racist-fuelled ultra-nationalism that mimics older forms of fascism and creates a culture of cruelty that both disparages its children and cancels out a future that makes democracy possible for them — and therefore all of us.

At the same time, Trump has embraced a merging of corporate power and politics that is characteristic of all fascist regimes, and in doing so, he has shifted wealth and resources away from vital social programs for young people into the hands of the financial elite.

There is more at work here than regressive tax policies, there is also an attempt to disable the welfare state by eliminating its funding.

One result is what might be called the unleashing of a form of domestic terrorism — terrorism practised in one’s own country against one’s own people —in which young people are subject to state violence and relegated to forms of terminal exclusion, spheres of social abandonment and set adrift in a state of disorientation and despair.

Under this new resurgence of fascism, thinking is dangerous, public spheres that promote critical thought are considered pathological and youth are viewed as a threatening disoriented class, especially those marginalized by race, sexual orientation and class.

And so under Trump, the winds of fascism have accelerated into a hurricane and pose a haunting crisis for youth, the future and democracy itself.

That crisis of youth under the Trump regime is a political disaster of the first order and threatens every vital cultural and political ideal, principle, social formation and public sphere that makes a democracy possible. It’s best illustrated by Trump’s support for Moore, a homophobe, unabashed racist and an accused child predator, sexual harasser and sexual abuser.

Yes, fascism us making a comeback and is with us once again — yet Moore’s defeat in the deep-red state of Alabama to his Democratic challenger gives us reason to hope. Black voters, particularly black women, and young voters stood up to say “no more.”

Fascism requires those among us who value equity, fairness, justice and morality to defeat it. To stop fascism, it is crucial that we show that democracy is the only alternative, and that the grotesque elements of fascism will be challenged. Here’s hoping Alabama is just the beginning of such a struggle.

The Young Turks: “THIS Is How Fascism Begins”