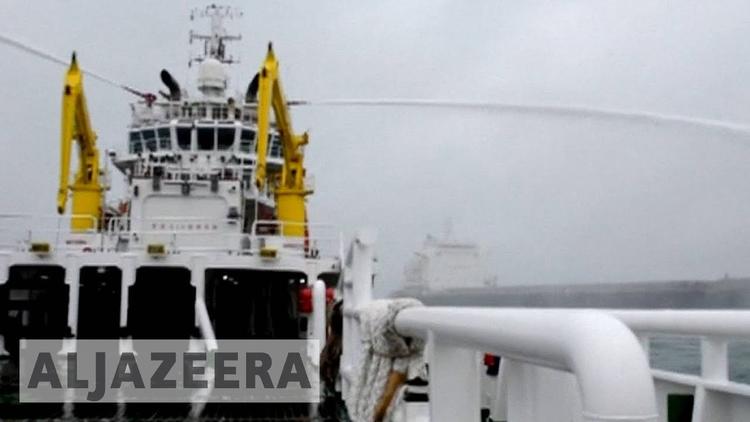 The stricken Iranian oil tanker in the East China Sea could burn for as long as one month, South Korea’s Ministry of Oceans and Fisheries told Reuters on Wednesday, as the blaze raged for a fourth day following a collision with a freight ship.

Dozens of rescue boats battled strong winds, high waves and poisonous fumes to comb a 900-square-nautical-mile (3,100-square-kilometre) area for 31 missing sailors and tame the fire, amid growing concerns the ship may explode or sink.

“What we are concerned about at this moment is the bunker fuel, which could contaminate water if (the ship) sinks,” the ministry official said.

The Sanchi was carrying 136,000 tonnes of condensate, an ultra-light crude that is highly flammable and to South Korea, equivalent to about 1 million barrels and worth about $60 million.

The Chinese government said late on Tuesday it had not found a “large-scale” oil leak, and the condensate was burning off or evaporating so quickly it would leave little residue – less than 1 percent – within five hours of a spill. That reduces the chances of a crude-style oil slick.

Still, condensate is highly volatile when exposed to air and water and concerns were growing the tanker could explode and sink. The ministry official said the authorities suspect the tanker caught fire as soon as it hit the freighter carrying grain.

Park said it’s unlikely the oil will spread to South Korea at the moment because the tanker has moved 100 kilometres (62 miles) to the southeast.