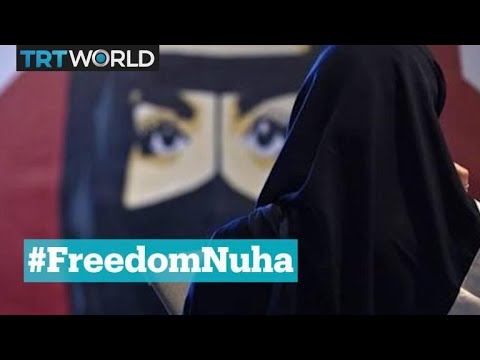 The well-known Saudi writer Jamal Khashoggi confirmed that Saudi Arabia’s Crown Prince has started a relationship with Israel and tried to pressure the Palestinians to accept the so-called “deal of the century”. However, this approach has floundered.

Khashoggi was speaking during a seminar in Istanbul hosted by the “Riwaq Istanbul,” (Istanbul gallery) enterprise on Friday evening. He went on to say that Riyadh has opened the door for relations with Israel” repeating a claim he had made on Twitter, on 15 February. His tweet then read, “The Deal of the Century is a tradeoff between those who do not own and those who are not worth owning in return for a promise that cannot be fulfilled.”

“The Crown Prince’s promise was that he will manage to pressure the Palestinians to accept the “Deal of the Century” in return for the Americans and Israelis expulsion of Iranians from Syria and Lebanon, but in reality, this cannot be realized,” Khashoggi told The New Khaleeji.

According to Khashoggi, Palestinian President Mahmoud Abbas would not agree to consider the town of Abu Dis (adjacent to Jerusalem) as the capital of Palestine.

Khashoggi also added that Jordan’s King Abdullah II l has ignored all Saudi pressures. He said “The crown prince discovered that he does not have a ‘Palestine card’ to play. The American president, Donald Trump, cannot do anything about the Iranians. The man is paralyzed and sending US troops to get the Iranians out of Aleppo and Damascus is but a dream.”

He suggested that “Israel is not ready to start a war against Hezbollah in Lebanon, and Benjamin Netanyahu cannot fight on behalf of Saudi Arabia. The Israeli seeks to achieve his goal of normalization without paying … The crown prince will finally discover that the cost is very high, particularly on Saudi Arabia’s reputation,” Khashoggi added. He said “Do not count too much on the “Deal of the Century,” for it will soon disappear from the media.”

A visit to Jerusalem

Regarding the media talk about a Saudi-Emirati-Israeli axis, Khashoggi said: “Perhaps this axis exists.” But he wondered about its effectiveness, asking: “Can this axis launch a war against Iran in Syria?” “The main players in Syria are Turkey, Russia and Iran,” he said, pointing out that “Israel does not interfere in the war in Syria only in case there is something that harms its interests, such as transferring weapons to Hezbollah.”

Khashoggi said that that the of Islamists to power has increased fear in the Saudi regime. He added: “Some people are surprised by Saudi Arabia’s fears of the Islamists, despite it being an Islamic state.”

Khashoggi explained this fear, saying: “It could be explained by to the jealousy of the Islamists, and the perpetual problems between Saudi Arabia and the Muslim Brotherhood, the most important of which is the severe mistake of the Muslim Brotherhood in the war in Kuwait (the Second Gulf War). It was a strategic mistake when it appeared to be biased to Saddam Hussein, which is an attitude the Saudis considered as disloyal … The ruling elite in Saudi Arabia is afraid of religiosity, because Saudi religiosity is suffocating and troublesome, and this discomfort was spread from Najd pietism to the totalitarian religiosity, including the Muslim Brotherhood.”

Read More: Gaza: We have not received a penny from PA since reconciliation

Khashoggi highlighted the reasons for the current alliance between the crown prince of Abu Dhabi and Saudi Arabia. He said: “The first has long been keen on maintaining a good relationship with Saudi Arabia.” He added: ” There is an intellectual consensus between both crown princes on the war on the Islamists, and this made them allies”. “There is also admiration from the Crown Prince of Saudi Arabia for the UAE model and this admiration makes them collaborate more closely.”

On the issue of a conflict between Saudi Arabia and the UAE in Yemen, especially because of the recent events in Aden, Khashoggi said: “Regarding the events in Aden, it appears, according to what is watched and declared, that there is a consensus between Saudi Arabia and the UAE on what happened. However, t some interpreted these events as an indication of the existence of a conflict, for what is happening in Yemen is against the interest of Saudi Arabia. He added: “I summarize what is happening in Yemen by a general rule adopted by Saudi Arabia: “We seek to defeat the Houthis provided that the Muslim Brotherhood does not benefit from that, while this is impossible.”

Satisfaction of the Saudi People

As for the level of satisfaction of the Saudi people with the regime’s policy towards the Arab Spring revolutions and the crises of Syria and Yemen, he said: “It is difficult to measure public satisfaction now, because there is a state of repression.” He added: “What brings together the detainees in the campaign of arrests (which began in September 2017)? What brings them together is that they have independent views, and their arrest made everyone feel afraid. Everyone, whatever is their ideological orientation, see their models detained in prison where there are liberals and Salafis.

“Everyone is silent because they do not want to go to jail,” but “I am sure that the conscience of the Saudi people is in the right place and that it is against injustice, even though the state controls the media and directs people by creating an electronic army that I’m personally suffering from,” Khashoggi said.
Change is inevitable in Egypt

Khashoggi stressed that the change in Egypt is “inevitable,” and expected it to come from within the Army, and that it will surprise Saudi Arabia that will be unable to confront it, advising Egyptian youth to get prepared for this change by overcoming differences. “I tend to say that the change in Egypt will be from within the Army, and Saudi Arabia will be surprised by it, and that all the Kingdom will be able to do is asking that the Muslim Brotherhood has no role, ” he said.