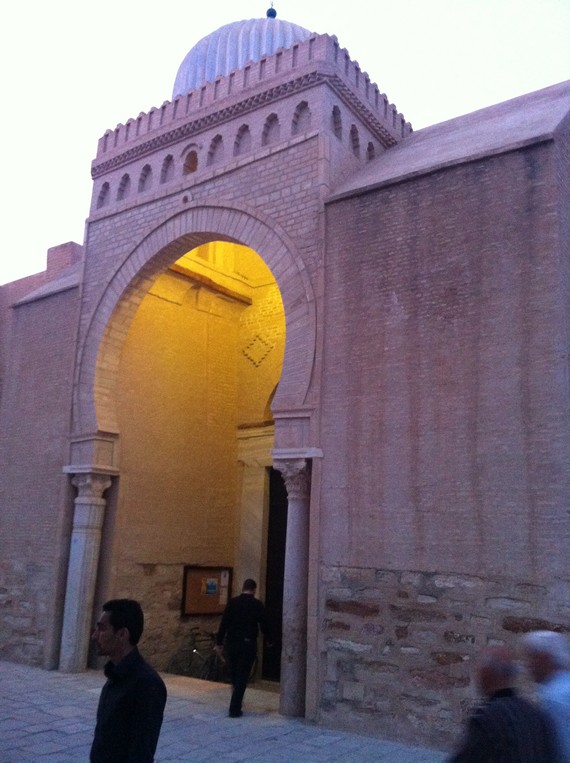 Indeed, scholars and researchers of both theology and religious practice have time and again demonstrated such binaries to not only be false, but nonsensical as well. The want to rely on simplistic binaries may be tempting, since they clear up the cognitive disarray that could come up with trying to make sense of religious belief and practice. But they are dangerous. And in the context of Islam, they reinforce Islamophobic narratives that are far more divisive than any number of bans against religious apparel. It is to this I intend to respond.

A common parameter used in journalism to assess whether or not Islam is moderate is the absence or presence of Sharia. The types of Islam practiced in countries such as Saudi Arabia tend to be juxtaposed against Malaysia on this very basis – the former is said to be “ruled by Islam’s own Sharia Law” in order to contrast it from the latter. In other words, the prevalence and practice of Sharia is being equated with immoderation. Discussions of Sharia in the context of Saudi Arabia are, more often than not, related to the theocratic regime’s use of archaic punishments against criminals – whipping, hand-chopping, stoning, and so forth. There is little doubt that such forms of punishment do not belong in the 21st Century. Just as impalement, being burned at the stake, and being skinned alive in Medieval Europe have been left behind, brutal punishments against “offences” that are not even universally regarded as criminal (e.g. adultery) should have been abandoned long ago.

What popular news reporting gets woefully wrong though is the notion that punishment is all there is to Sharia. As Professor Jonathan Brown from Georgetown University has demonstrated, laws concerning punishment (known as hudud) comprises of no more than 2% of Sharia. Most of Sharia deals with activities that are mundane: what you can and cannot eat, how you should engage in commerce, how you should get married and divorced, how inheritances should be divided, and what constitutes an accepted prayer are some examples. In other words, Sharia is fundamentally a system of norms, values, and beliefs that exist to guide how people should navigate through life. It can be likened to norms that guide most people living in cities and towns: get up, go to school, graduate, get a job, settle down, and teach your kids to do the same. In between, one might go to church on Sundays (prayer), eat at a gluten-free restaurant (selecting food), and shop at specific stores (types of commerce).

Using popularly known reference points, like forms of punishment in Saudi Arabia, to construct an all-encompassing image of what Sharia constitutes effectively tries to anchor it in terms of barbarism. To follow Sharia is to be barbaric. Consequently, such narratives negates the possibility of thinking of Sharia in the terms common to Muslims at-large – as a set of beliefs and practices to guide ‘boring’ activities like marriage, trade, and eating. Certainly, these are far less controversial than beheading and dismemberment. But they are also far more common renditions of Sharia. Not just in Muslim-majority countries, but quite literally in every part of the world, including Singapore, India, and Australia. If we ignore this and instead accept the logic put forth by such narratives, we in effect sweep all of Sharia, and thus all Muslims under the rug of barbarism.

It is futile to try and split any belief system – not just Islam – into two opposing camps: moderates and extremists. Any attempt to delineate Islam into binaries is problematic. Muslims are not a monolithic grouping. This by definition means that there are multiple currents of Islamic practice. There are even multiple forms of fundamentalisms. All may share a puritanical approach to reading Islam, but even they can come out with contradictory interpretations. It is worth remembering that we are all configurations of multiple identities. It is inevitable that the norms, values and beliefs of our different identities will interact to produce a person who cannot be reduced to any single one of those identities. Needless to say, Muslims are no different. To claim otherwise is, frankly, dangerous – it feeds into the classical political strategy: divide, destroy, and rule.

Prashant Waikar is a Research Analyst with the Malaysia Programme at the S. Rajaratnam School of International Studies (RSIS) of Nanyang Technological University (NTU).