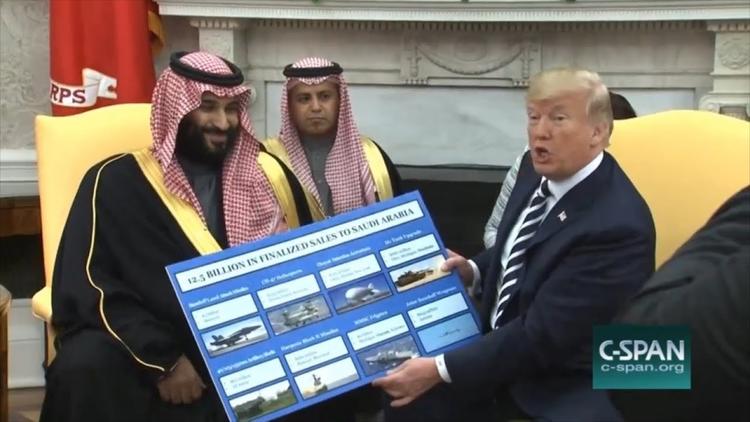 Saudi Arabia bought the almost 7,000 TOW missiles – plus an additional 96 for training purposes – for a total of US$670 million.

The U.S. Congress has one month to counter the Trump administration’s approval of a US$1 billion arms sale to Saudi Arabia, with almost 7,000 anti-tank missiles thrown into the deal.

The White House informed lawmakers Thursday they have 30 days to stop the arsenal set aside for Saudi Arabia’s military, which includes tanks, helicopters, service, support and 6,600 missiles.

Saudi Arabia bought the almost 7,000 TOW missiles – plus an additional 96 for training purposes – for a total of US$670 million, the U.S. State Department said in a statement.

“The proposed sale of TOW 2B missiles and technical support will advance Saudi Arabia’s efforts to develop an integrated ground defense capability,” the department said, noting that the sale would improve the security of an important ally in the Middle East.

The State Department also said it has approved the possible sale of US$300 million in parts for Saudi Arabia’s fleet of Abrams tanks and armored vehicles.

It has also given the green light for the proposed sale of equipment and services worth US$106.8 million for Saudi’s fleet of military helicopters.