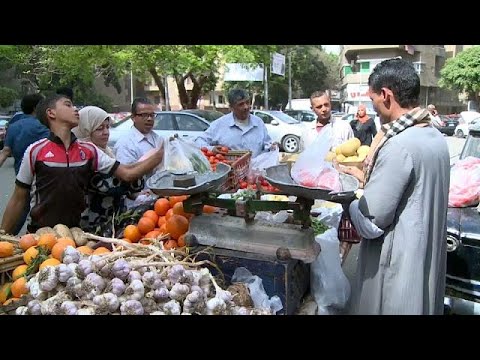 Egypt has deported a British journalist working for The Times, the newspaper said on Saturday, describing an “increasingly oppressive environment” for media in the country ahead of next week’s presidential election.

The Times said its correspondent, 33-year-old Bel Trew who had been based in Cairo for several years, was arrested while reporting and “forced to leave Egypt.”

Egypt’s government foreign press centre, the interior ministry, and President Abdel Fattah al-Sisi’s office, did not respond to phone calls and requests for comment via WhatsApp.

Trew said in a separate article published by The Times that she was detained by police in central Cairo on her way to conduct an interview, held for almost 24 hours and then “marched onto a plane” at Cairo airport bound for London.

Her deportation follows what human rights groups call a crackdown on press freedom aimed at stifling dissent in the run-up to the March 26-28 presidential election.

Egyptian authorities have urged legal action against media outlets they deem to be publishing “fake news”, and rights activists say several local journalists have also been arrested in recent months.

Sisi, a former military commander, is virtually guaranteed to win a second term after all serious opposition pulled out of the race citing intimidation after a major challenger was jailed.

The election commission says the vote will be free and fair and Sisi has said he wanted more candidates to run.

Sisi’s critics say he has presided over an intensifying crackdown on dissent. Supporters say tough measures are needed to stabilise the country after years of unrest that followed a 2011 popular uprising.

“The Egyptian authorities have not shared any evidence of wrongdoing. We will continue to press them on this case,” she added.

e This work by Middle East Monitor is licensed under a Creative Commons Attribution-NonCommercial-ShareAlike 4.0 International License.