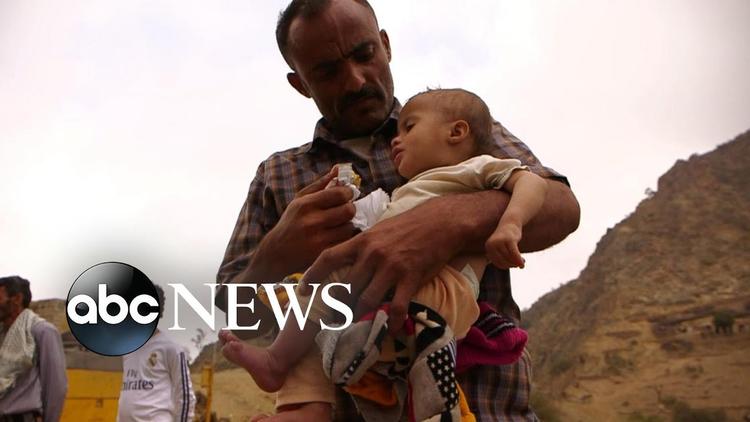 As the church bells rang in the New Year of 2018, Norway announced that it would be cutting arms sales to any country fighting in Yemen. A couple of weeks later, Germany said the same thing. The Netherlands and Sweden have also pulled out. Very early on in hostilities, Pakistan decided, based on a parliamentary vote, not to support its closest historical ally, Saudi Arabia, in continuing the war. Qatar has also withdrawn, albeit as part of the maelstrom of diplomacy that currently characterises Gulf geopolitics. With all of this disinterest around us, why is Britain still embroiled in the fight?

Describing a conflict as a “proxy war” is often a form of shorthand that glosses over multiple, often more compelling, local reasons why wars erupt and continue. In this case, the war is ongoing thanks to foreign involvement, as in Syria and eastern Ukraine.

Even as support from more noble countries evaporates, France, Italy and Spain, as well as the US and UK, continue to arm their chosen protagonists. Russia and, to a lesser extent, China continue to work with Iran, which in turn is alleged to support the Houthis.

Only a few hundred people around the world can discuss the true extent of Iranian involvement authoritatively. Other than these heads of state, intelligence officials and military personnel, the rest of us are just guessing about whether Iran is fully behind the Houthis or not.

Regardless of whether Tehran’s security services are closely involved in the fight, though, or its commandos are smuggling in weapons, there is no doubt that Iran would be pleased if the Houthis win. There is equally no doubt that Britain and the US would be happier if they don’t.

Houthi advocates argue that the movement’s leaders are not seeking to install a clerical system of government, as in Iran. This is what Saudi Arabia and the United Arab Emirates are warning might happen if the Houthis control Sana’a.

In an interview with the Yemen Times, Houthi activist Hussein Al-Bukhaiti said in October 2014 that the demographics of Shia and Sunni within Yemen make such religious rule impossible. He is right; around two-thirds of all Yemenis are Sunni Muslims.

Significant efforts were made by the larger Western powers, alongside Russia and China, to prevent a nuclear arms build-up in Iran, as well as to curtail its capability for guerrilla warfare in foreign lands, through financial sanctions and increased espionage activities.

Iran has reacted to the partial lifting of sanctions by increasing its spending on defence, which is an entirely rational move given that, for many years, Tehran’s main enemies – Saudi Arabia and the UAE — have been upping their defence budget too. Indeed, while Iran is the traditional bogeyman and thus is the main focus for Western politicians, media and intelligence agencies, comparatively little attention has been paid to the equally concerning and truly massive Saudi arms build-up over recent years. The government in Riyadh has gone from being a mid-ranking military power to the world’s largest arms importer.

In summer 2015, Riyadh announced that it hoped to increase defence spending by 27 per cent over the following five years. Even then, Saudi expenditure estimates showed that the budget for guns, bombs and military operatives was sky-rocketing. Arms expenditure in the years 2010 to 2014 was up four-fold on the figures for 2005 to 2009.

This pattern means that Saudi Arabia’s arms build-up pre-dates the 2015 Iranian nuclear deal. In 2010, when Saudi Arabia started to increase arms spending rapidly, the UN actually tightened sanctions against Tehran. As such, claims that Saudi Arabia is only hiking its spending on arms in response to Iranian aggression; or because the international community is not doing enough to restrain Iran; or in response to the 2015 nuclear deal which Riyadh laments, make less and less sense.

Saudi Arabia now spends nearly as much as Russia on defence. Most of the hardware is coming from the United States and Britain, with traditional military products – like fighter jets – coming with an aftersales package which sees hundreds of foreign military personnel stationed permanently in the Kingdom to assist with maintenance and training. This is military collaboration on a huge scale. The war in Yemen has only increased this; when the Royal Saudi Air Force ran out of bombs after its initial sorties, Britain stepped in to replenish stocks, using munitions supposedly reserved for our own Royal Air Force.
#YemeniCrisis

In a brutal calculus, the direct casualties of the war in Yemen “only” recently passed the ten thousand mark. This makes the conflict one of the less bloody worldwide. Make no mistake, though, the Yemen crisis should be taken just as seriously as the one in Syria. Eight million people in Yemen are now within a hair’s breadth of famine, according to the international aid community, at least two million more than the number of refugees who have fled Syria. Thirty thousand nurses and doctors dealing with the cholera outbreak – which was held in check in 2017 but is now resurgent — have not been paid for ten months. Britain’s Department for International Development estimates that “10 million people, almost 40 per cent of the population, are in acute need and may not survive if they do not receive humanitarian assistance.” In December, DfID pledged £50 million, although experts say that this might be enough to stave off famine, but not much more.

The fundamental moral paradox remains; why keep these people alive if you are also the government arming the people trying to kill them? It’s a grim prospect that Britain must reckon with — as other countries have done already — and come up with a logical and morally correct answer.

ABC News: “Inside Yemen’s civil war where 8 million people are on the brink of starvation”