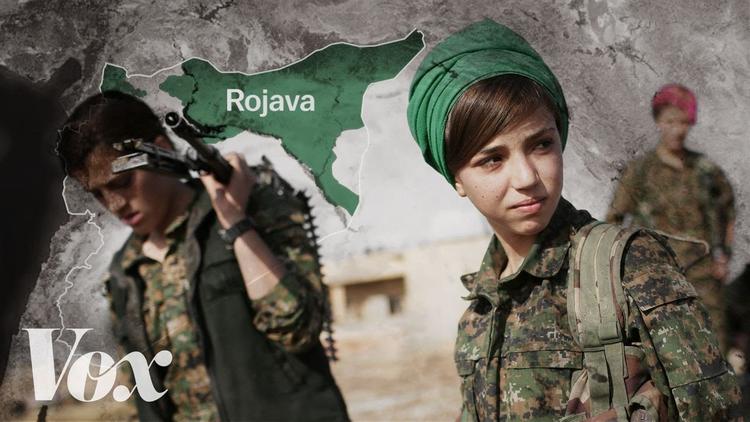 Turkey and the US will oversee the withdrawal of forces allied to the YPG (People’s Protection Units) from the northern Syrian city of Manbij, Turkish Foreign Minister Mevlut Cavusoglu announced today, according to Hurriyet Daily News.

Speaking to reporters during a flight to Moscow, Cavusoglu said Turkey and the US would decide on a detailed plan for the region in the coming week, vowing that Turkish forces would go ahead with a military operation if those talks fail.

The foreign minister added that Ankara would “monitor” the return of weapons given to the YPG by Washington, an issue that has strained ties between the NATO allies.

Turkey is currently undertaking an air and ground offensive in Syria as part of “Operation Olive Branch” against the YPG, Kurdish militias that have been affiliated to the Kurdistan Workers’ Party (PKK), a designated terror organisation that has launched continual attacks against Turkey. The YPG make up a large proportion of the Syrian Democratic Forces (SDF), which the US has backed in the fight against Daesh.

The latest comments come amid reports that Turkish forces have surrounded the Kurdish stronghold of Afrin, after entering the outskirts of the town last week. In a statement, the military said that “areas of critical importance” had been captured, following a statement yesterday by government spokesperson Bekir Bozdag, confirming that Turkish armed forces had gained control of more than half the area.

As of yesterday, Turkey authorities stated that a total of 3,393 militants have been “neutralized” since the start of Operation Olive Branch in January.

Last week, Cavusoglu announced that the Turkish operation in Afrin will be completed by May, when the country is scheduled to hold parliamentary elections, after which the military may look to move into Iraq to continue the offensive against forces linked to the PKK.

Relations between the US and Turkey have been strained as a result of the operation, with Ankara accusing Washington of leaving pockets of Daesh militants in Syria intact to justify continued cooperation with Kurdish forces in the country.

In an effort to reduce tensions, Turkey and the US announced the establishment of “working groups” to tackle some of the most contentious issues, including the YPG presence in the SDF. The first meeting of the respective groups concluded last Friday, with diplomatic sources describing it as “positive”.

Vox: “How Syria’s Kurds are trying to create a democracy”