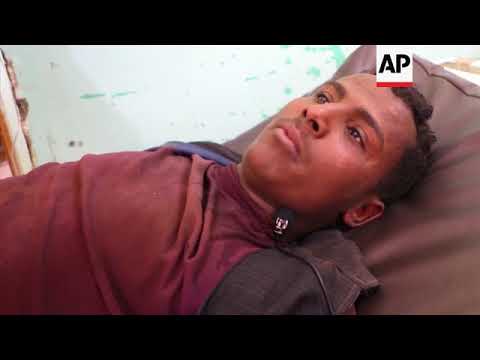 As Mohammed Bin Salman’s global tour continues in a bid to stabilise Riyadh’s economy, his foreign policy needs revising to ensure political and security risks aren’t deepening. After three years fighting in Yemen’s civil war, the Houthis have stepped-up their strategy and are going after Saudi Arabia’s economic enterprises.

Let’s make no mistake, the Houthi missile programme is proving to be a problem across the Middle East, with threats posed to the UAE, Saudi Arabia and commercial ships at Bab Al-Mandeb – Yemen’s strategic water straight. This week, the Houthis announced that they executed strikes on Saudi Aramco in Jizan province, using a Qasef-1 unmanned drone. In the same week, three other missiles were fired towards Riyadh which were all intercepted, demonstrating the Houthi capabilities. In an interview conducted MEMO earlier this year, the Houthis claimed they possess “over 300 ballistic missiles – medium to long range – all types”. That’s concerning.

“The Yemeni people will neutralise the largest economic project in Saudi Arabia which is Aramco, and it will affect the Neom project,” Muhammad Ali Al-Houthi, the head of the supreme revolutionary committee warned. With ongoing plans to create a transnational economic zone between Saudi Arabia, Jordan and Egypt, there are some heightened risks depending on how the conflict moves forward.

On 25 March, the eve of the third anniversary of when the Saudi-led coalition first entered the Yemen conflict, the Houthis launched seven ballistic missiles towards Saudi Arabia. Three travelled towards the capital Riyadh, and the others in southern cities including Najran, Jizan and Khamis Mushait. An Egyptian expat was killed in the strikes and two others were injured. This marked the first time that a fatality resulted from a Houthi rocket attack.

Despite the Saudi-led coalition’s claim that all seven missiles were intercepted, it’s evident that some were not. Open social media networks at the time had videos uploaded showing missiles landing in residential streets. Clearly, Saudi Arabia’s own military equipment is unable to protect the Kingdom despite last year’s arms deal with the US. Joseph Votel, commander of the US military’s Central Command (CENTCOM), wasted no time in claiming that the US is “working with Saudi Arabia to help them protect themselves from these threats”.

The Head of the Supreme Revolutionary Committee for the Houthis, Muhammad Ali Al-Houthi, didn’t shy away either, and took the opportunity to reiterate that the group has upgraded Russian and Korean missiles – not Iranian. “If we had the alleged Iranian support, we would have been in Riyadh today. If we had the Iranian technology, we would have used it to target the enemies starting from the first day.” This is true; the group could have executed missiles much earlier on in the conflict, but decided to gradually intensify their strategy. But it could equally be the case that the group improved its missile technology much later.

The Houthi strategy was seen in practice again on 3 April when a Saudi oil tanker was targeted just off the west coast of Yemen near Hudaydah. A Saudi-led coalition vessel intervened and escorted the injured ship back to northern Saudi territorial waters. Turki Al-Maliki, spokesman for the Saudi-led coalition, reiterated to the international community the need to retake control of Hudaydah port and monitor arms transfers. Such a “terrorist attack”, Al-Maliki said, “poses a serious threat to freedom of shipping and international trade in the Bab Al-Mandeb Strait and the Red Sea. It could also cause environmental and economic damage.” The Houthis continue to pose a severe maritime risk in the Red Sea by the use of unmanned explosive boats and underwater drones. Houthi Telegram and other open source networks regularly boast about such attacks, which can be traced back to 2017.

A senior political officer within the Iranian Revolutionary Guard Corps denied Saudi Arabia’s allegation that Iran supplied the Houthis with ballistic missiles. The “Saudi claims aim to divert public opinion from the atrocities they commit in Yemen,” insisted Yadollah Javani. “The Saudis have committed large-scale atrocities and attacked the oppressed nation of Yemen during the past two- three years with the help of the Americans, the Zionists and some reactionary regional states.”

A pro-Houthi journalist working on the ground also denied that the Iranians were providing the group with arms. “No way, they do not have any influence on the battlefield.”

In terms of strikes or any military ideas, Iran has no influence.

Al-Bukhaithi denied that the Houthis were using Iranian-made missiles. “Iranian missiles, they’re all Russian missiles, so of course, you’ll find weapons in Yemen which is similar to the Russian ones – and with the blockade, how is it possible to smuggle missiles inside Yemen, as all ports are closed.
Links to Iran

As it stands, any notion put forward alleging Iranian military support to the Houthis can only be suggestive and not conclusive. In a report by a UN panel of experts on Yemen claims were made of “strong indicators” that show arms have been manufactured or are emanating from Iran. The weapons in question are short-range ballistic missiles and smaller unmanned aerial vehicles – drones. Adding to this, a UN panel of experts linked 2,064 small arms which were of Iranian manufacture and origin entering Yemen last year. Iran continues to categorically deny supporting the Houthis, while Saudi Arabia claims that certain weapons (Kornet anti-tank weapons) which were not available in Yemen are in Houthi hands.

US ambassador to the United Nations Nikki Haley unveiled “evidence” late last year which she claimed proves that Iran is supplying the Houthis with weapons. But the alleged Iranian munitions were retrieved by US partners, the United Arab Emirates and Saudi Arabia, both states which are party to the conflict in Yemen battling against the Houthi group. This renders the “evidence” as questionable. Iran, though, is sending mixed messages by publically supporting the Houthis. “Three Arab capitals have today ended up in the hands of Iran and belong to the Islamic Iranian revolution,” Ali Reza Zakani, Iranian Parliamentarian said in September 2014.

As UN envoy to Yemen Martin Griffiths travels back and forth between Saudi Arabia, Yemen and Oman, it’s important to realise his vision has shed off some optimism over the prospects of peace. In Muscat, Griffith claims the parties are looking for a “vision of peace”. Achieving peace is unfortunately questionable in Yemen. It was only last week that the Houthis announced their plan to disrupt Saudi Arabia’s economic enterprises by using newly upgraded missile systems. The only reason why parties to the conflict may attend peace talks, in my view, is as a result of fatigue of conflict.