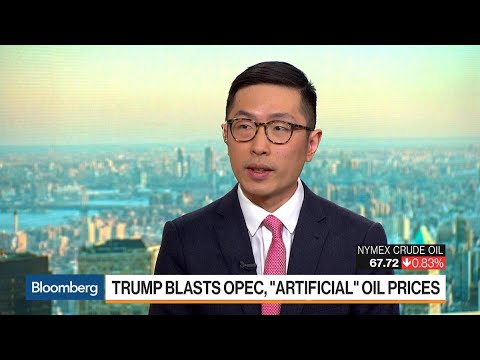 “Looks like OPEC is at it again. With record amounts of Oil all over the place, including the fully loaded ships at sea, Oil prices are artificially Very High! No good and will not be accepted!” Trump wrote on Twitter.

Oil prices traded this week near their highest in the past three-and-a-half years, with Brent crude hitting as high as $74.75 per barrel on Thursday, and West Texas Intermediate climbing as much as $69.56.

Although Trump argued there is a record amount of oil in the global oil market, OPEC and some non-OPEC countries, including Russia, have begun limiting their oil production levels at the beginning of 2017.

The production cut agreement is set to expire at the end of 2018, but could also be extended into next year as OPEC and non-OPEC producers still negotiate to further trim the glut of oil supply in the global market.

Despite Trump’s criticism, high oil prices actually benefited the US’ oil producers after they were hit by the worst downturn in the oil industry over a decade when prices collapsed from $115 per barrel in mid-2014 to below $30 a barrel at the beginning of 2016.

The US’ crude oil production also passed the world’s second-biggest producer Saudi Arabia in February and climbed to a new record high level of 10.42 million barrels per day last week.