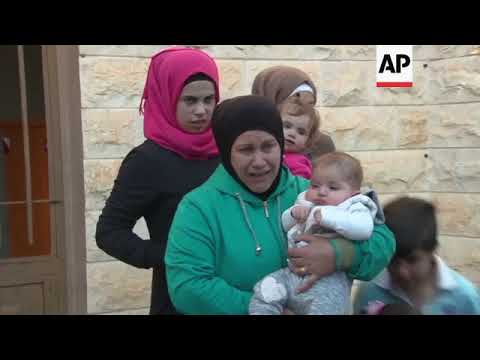 Some ten million Syrian refugees are at risk of permanently losing their homes following the announcement of a new law that would allow the Assad regime to confiscate vacated property.

“Law Ten”, that came into effect earlier this month, gives Syrian home owners until 10 May to prove ownership of their properties to their local council or face the liquidation of their titles and the seizure of their homes.

With over six million Syrians living outside the country and a further seven million internally displaced, the likelihood of families being able or willing to venture into conflict zones to present their documentation within such a tight timeframe is low.

Many left without title deeds, some lived in informal settlements, therefore without legally recognised proof of ownership and for others – mainly refugees – going back to Syria to provide such proof is tantamount to a suicide mission

The new legislation has increased fears that many Syrians may face permanent exile, particularly those who opposed Syrian President Bashar Al-Assad, whilst those perceived as loyalists may be given access to certain neighbourhoods instead.

Analysts further suspect that the law has been designed as an instrument of demographic change and social engineering, comparing it to the absentee property law implemented by Israel in 1950 allowing occupation forces to seize Palestinian land.

Read: The right of return… for Syrians

“From the regime’s perspective, the law will serve three purposes: it gives them an additional vetting instrument over returnees and a way to strip political opponents of their assets … It will allow the regime to consolidate its power base by repopulating strategic areas with regime loyalists,” Yahya concluded.

The EU slammed the plans at a donor conference co-hosted with the UN in Brussels earlier this week as the “nail in the coffin” for millions of refugees in Europe.

“This is blatant power consolidation by Assad. It is punitive, not regulatory. Make no mistake. On the one hand, it is normal to do something like this after a natural disaster like an earthquake. But not now. And not like this. The war is still raging and metastasising. It’s not anywhere near over,” a senior EU official said.

Donors at the conference pledged $4.4 billion in humanitarian aid for Syria and neighbouring countries’ refugee programmes; significantly less than the $7 billion the UN was seeking. The World Bank has estimated that the country requires some $250 billion to rebuild its infrastructure, with many of the largest cities lying in ruins.

The proposed plan comes amid numerous new offensives by the Assad regime on opposition strongholds in the north and south of the country. Yesterday the UN condemned government shelling on the Yarmouk Palestinian refugee camp, where 20 people were killed this week. Syrian forces have also continued their campaign against opposition groups in the provinces of Homs and Hama.

AP: “Syrian refugees in Lebanon gather at border to prepare for return home”