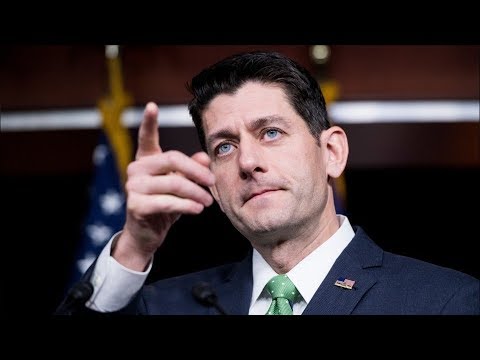 “8 Candidates, 8 Visions for 1st Franklin Seat,” announced the April 17th lead story of my county newspaper in western Massachusetts. Most, if not all, of the basic needs for human security and well being are there in the platforms of four women and four men who are Democratic candidates running for this seat in the Massachusetts Legislature. Their platforms mirror those of local candidates running in towns and cities across our country. What follows is a morality tale for the 99% of our nation.

A short list of their issues includes strengthening local farms, businesses and jobs; a livable wage; care for the elderly; funding for schools and infrastructure; single-payer health care; affordable housing; debt-free college options; environmentally clean technology and combatting climate change; and broadband. “Owning a home should not break the bank,” said one candidate. I would add, “nor should renting an apartment,” given the nation-wide crisis in evictions. Many families are living just a paycheck or two away from facing eviction because of stagnant wages, a lack of affordable housing, and rents rising faster than income.

But here is the dilemma that ensnares us all, as we work for true human security at the local level. The pipeline of funds for all of these human needs is shrinking. Federal monies largely raised by individual, payroll and corporate taxes are declining because of the new Republican Tax Plan, also supported by some Democrats. Consequently, the portion of tax monies that flows from the federal government to the states and local governments – for education, transportation, environmental protection, health, affordable housing, violence prevention and so on – already sinfully small, is shrinking.

Tax day 2018 was a bonanza for giant corporations, which are saving billions of dollars in taxes with the new tax plan. Further, the 2018 and 2019 federal budgets are a windfall for the Department of Defense and its immense complex of weapons industries, already supersized with our tax dollars.

A few salient facts reveal who counts and who doesn’t in our federal system; and they signal the David and Goliath battle for basic human needs’ funding we are up against. Under the 2018 Tax Plan, the top 1% income bracket – multi-millionaires and billionaires – get a tax break of $33,000 per year while those living on less than $25,000 per year get a tax break of $40.

The corporate tax rate declined from 50% in the 1950s, to 35% as of 2017, and to 21% with the new tax plan. While valuable for small companies that hire locally and whose tax savings can accrue to the local economy, the largest corporations have mainly chosen to reward stockholders. How? By increasing their stock dividends and through stock buybacks to raise the price of stocks. Ultimately the rich and well to do, who own most (an ample 84%) of stock, get richer. Fewer than 45 of the big companies of the S&P 500 Stock Index have shared their tax windfall with workers through cash bonuses, according to a recent Bank of America study. The vaunted pipeline of wealth from employers to employees is more like a garden hose.

The second reality that stymies our goal of basic human security for all citizens is federal budget priorities. Once mandatory spending programs – including Medicare, Medicaid, Social Security and interest on national debt – are funded, the remaining budget, called the discretionary budget, is divided up among all government agencies and programs.

Now, imagine $1 in change and let’s allocate it proportionately for all of the discretionary spending, according to Trump’s proposed 2019 federal budget. Nearly 74 cents of this dollar goes to a mother lode of defense spending, including the Department of Defense, weapons, wars, Homeland Security, 800 military bases in foreign countries, and needed veterans’ services.

The rest – 26 cents – must pay for all our remaining human and community security programs. One cent goes for food and agriculture; a few pennies each, for diplomacy, environment, education, energy and transportation; and roughly a nickel each for housing, health and education.

You get the picture: crumbs from the master’s table. No wonder the US has the highest rate of maternal deaths of any industrial country and is the only one of these countries in which maternal deaths are rising. No wonder we are the “child poverty capital” of the industrial world: 1 in 5 American children is poor. And no wonder we lag behind other western countries in high school graduation rates. Outspend the next highest 8-10 countries combined on military defense as we do, and, yes, you will underspend on your citizens’ needs and well being.

– Voice our opposition to the US re-entering war in Syria. (If our government truly cares about the Syrian people, why have we accepted only 11 refugees this year)?

– Question those running for office at the state and federal levels – liberals and progressives equally with conservatives – about their position on the defense budget and their position on poverty, among other issues.

Poverty was mentioned only once in the 2016 primary and presidential debates. The defense budget was never brought up in these debates. It is a sacred cow to Democrats and Republicans alike.

We need a new breed of politicians in office – with many more women and people of color to truly represent the citizens of our country – politicians, who are unafraid to challenge the priorities in federal spending. So vote in 2018 to turn our swords into plowshares, to reverse our extreme economic injustice, and to build a new pipeline for our tax funds to support the basic human and community needs of all.

Pat Hynes, a retired environmental engineer and Professor of Environmental Health, directs the Traprock Center for Peace and Justice.