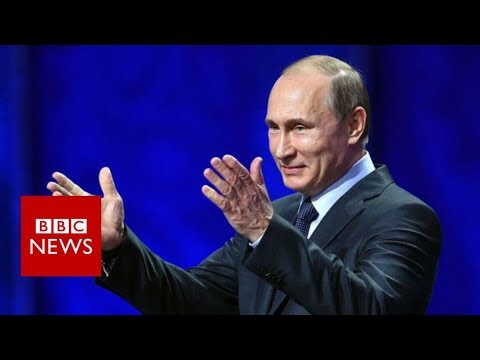 As assumed, the US, the UK and France launched their coordinated airstrikes on Syria in the early hours of Saturday, April 14 to punish the Bashar Al-Assad government’s alleged chemical attacks on the rebel fighters in Douma, a city close to Damascus. Russia’s counter-threats to shoot down the missiles and warnings from Iran did not deter the Western trio from executing their strike plan. They have followed suit what they announced a few days ago.

In April last year, the US alone launched a similar missile attack on central Syrian airfield at Shayrat in response to unverified claim of chemical attacks by government troops. The joint missile attacks are a qualitatively different development in terms of involvements by major Western powers and the timing of the attacks. So, what are the big stakes involved in such retaliatory attacks? What significance do the airstrikes hold for the Middle East and for global politics?

What is at stake?

For quite some years we have been hearing that the US is experiencing a relative decline in power and influence, mainly due to the economic ascendance of China and Russia’s gradual return to old Soviet glories. This may not be largely true at the global level but in the Middle East the US has been on the retreat. Washington is facing tough challenges in Iraq from Iran, and in Syria it has almost lost the battle to Russia and Iran. Its regional allies – Israel and Saudi Arabia are long on rhetoric and short on actions to reverse Iranian or Russian gains and growing influence. A long-term NATO ally Turkey is also dithering, feeling more comfortable in the league with Moscow and Tehran to keep the US-supported Syrian Kurds-dominated SDF and YPG fighters at bay.

The current wave of missile attacks points to America’s and its allies’ desperate attempts to regain some visible foothold in Syria, at least. The fall of eastern Aleppo in late 2016 set a calamitous course for them. The different rebel groups have been on a losing spree since then. And finally came the crushing defeat in Eastern Ghouta, a Damascus suburban area under rebel control since 2013.

The rebels’ defeat in Eastern Ghouta has nearly eliminated American, British, Saudi and French influence in Syria. Following withdrawal by two major rebel groups from the Ghouta area to the Idlib province, the US, UK and France ran out of available options to slow down Russia’s and Iran’s final military victory in Syria. They opted to use the Saudi-supported Jaish Al-Islam fighters as a bargaining chip, as some kind of a menace to pressure the Al-Assad government and its allies to accept two outcomes – President Bashar Al- Assad must be happy with a rump Syrian state, and that his government must accept a negotiated settlement of the conflict under the UN-supported Geneva Peace Process (not the Iran and Russia-engineered Astana Peace Process) to accommodate the rebels. Their last military tool – Islamist fighters of Jaish Al-Islam, for whom hardly have they any sympathy, failed to stand the Syrian army’s fierce military onslaught and hence the finger was soon pointed to alleged chemical attacks on Douma, the largest city in Eastern Ghouta, without establishing who actually conducted the attacks. The US and its European allies hardly bothered for proof; rather they chose to become the judges, the jury and executioners simultaneously.

Pure and simple, the missile attacks on Syria clearly indicate to the West’s total inability to digest or intolerance for a Russia and Iran-dominated Syria and a resultant move towards a new regional order minus a robust US presence. The US and its allies look determined to use force to stop a new regional order from unfolding. Neither Russia nor Iran seems to have garnered the courage to challenge the US directly through counter-attacks.

Until now, Iranian and Russian reactions to missile attacks are limited to condemnations and political as well as diplomatic wrangling at the UN Security Council. Supreme Leader Ali Khamenei went a step further. He branded the US president, British prime minister and French president “criminals” and said that the three leaders would make no benefit from the attacks. Similarly, Russian President Vladimir Putin expressed his outrage at the attacks but that does not change the reality on the ground.

The fact remains that the US, after every attack, walks away with impunity. And there is not a good way to hold it accountable. The devastating illegal attack on Iraq in March 2003 in the name of “war on terror” killed, maimed or wounded a million Iraqis. Former President George W. Bush and British Prime Minister Tony Blair committed all three grave war crimes in Iraq – crime against peace, crime against humanity and crime against war but are roaming around free. Tony Blair has even supported the latest military actions in Syria.

In military terms, what deters military aggression is credible deterrence or guaranteed retaliations. Russia has that deterrent power but is reluctant to use it, at least in the Syrian context (a US attack on Russian territory would change the calculus altogether, however). Iran’s position is more precarious as it lacks nuclear teeth and has limited conventional capability to project power on a wider regional scale. That means more US on-off military strikes will be forthcoming to target hostile states. Rightly or wrongly, President Trump may think of launching such attacks on Iran to force it to comply with US demand to renegotiate the July 2015 nuclear deal, a deal he promised to tear up during election campaign. That portends a dangerous development, unless Tehran and Moscow are capable of inflicting some punishment on the US and its allies for their reckless decisions to attack other countries, on real or imaginary threats or simple excuses.

A more ominous message the strikes on Syria hold for global politics. President Trump and his European counterparts have knocked at the Russian and Chinese doors to convey the message that the West remains the key to the post-war international order. Attempts to revise or reorder the global system or any regional system will be dealt with at any costs, not to be tolerated at all. In clearer terms, the US designed the post-war order and will manage and control it exclusively. China and Russia need to amend or change their behaviors based on rules of engagement defined by the US. China may be seriously reprimanded for its claim on the South China Sea. So is the case with North Korea’s nuclear program – denuclearize or face the US wrath.

In Syria, the new rule of engagement is the prohibition of use of chemical weapons, true or false, on rebel fighters, as the US sees it. To put it differently, Syrian government troops, backed by Iran and Russia, should not launch largescale military operations to eliminate the rebels outright. The objective is to allow continuous violence, deaths and destructions to the point of total collapse of Syrian state. This, in effect, signals a return to Western colonialism in the Middle East and elsewhere through military domination, not direct territorial control.

Mohammed Nuruzzaman is Associate Professor of International Relations at the Gulf University for Science and Technology, Kuwait