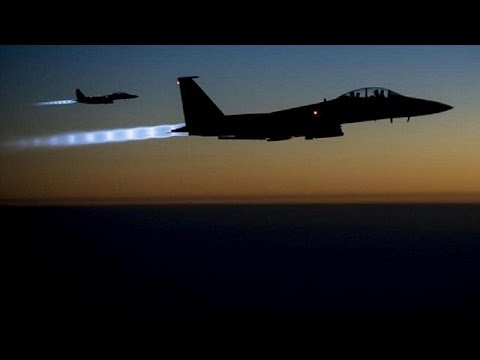 By Jessica Purkiss and Abigail Fielding-Smith | ( Bureau of Investigative Journalism) | – –

The US has quietly stepped up secrecy over its air wars in Afghanistan and Yemen since President Donald Trump entered office.

The American Civil Liberties Union called the new practices – discovered by the Bureau through interviews with past and present US military officials – “deeply disturbing”.

Towards the end of the Obama administration, US military officials began to communicate in a more transparent way with the Bureau about their counterterrorism campaigns. For over a year, the Bureau received detailed monthly reports on air strikes in Afghanistan, broken down into different types of strike.

The Pentagon’s Central Command (CENTCOM), meanwhile, announced its intention to launch a monthly tally of strikes in Yemen. Although this was abandoned shortly after Trump took office, Centcom continued to provide detailed information on Yemen strikes on an ad hoc basis.

By the end of 2017, specifics had started to fade out from the US military’s communications on Yemen and Afghanistan. Officials from Resolute Support, the US mission in Afghanistan, said that the Bureau would have to rely on data simply showing the number of weapons released in Afghanistan, which provides a much less clear picture of the war. A spokesman for Resolute Report explained that they no longer wanted to give so much detail to the enemy.

In February this year, a Centcom spokesman responded to a request for information on the location and casualty estimates of a spate of strikes in Yemen with a press release which simply stated the number of strikes that had occurred. The spokesman said he had been “advised” not to give out detailed information on strikes. “Secretary Mattis has made it clear we are not providing numbers or tactics that gives our adversaries any advantage”, the spokesperson said.

Investigative journalism is vital for democracy. Help us to tell the stories that matter. Join our new Friends of the Bureau scheme or make a donation

Find out more about supporting our work

The explanations by military officials echo remarks in a press conference given by General Mattis, the US Secretary of Defense, on November 9 2017, in response to a question about troop numbers.

General Mattis said: “I don’t want to talk specific numbers…basically, I don’t give the enemy information they could use to their advantage.” He added: “And I’m told by some, ‘Well, people used to do that.’ That’s not me.”

When asked by the Bureau whether General Mattis’s comments about not providing information to the enemy amounted to a formal instruction, the Office for the Secretary of Defense simply said the November remarks “stand as guidance” for commanders.

It is not clear whether the change in practice was as a result of Mattis’s remarks, or whether they simply represent a more public expression of a new culture at the Pentagon. Nor is it clear that the new practice amounts to a formal policy.

Captain Thomas Gresback, a Resolute Support spokesperson in Afghanistan, told the Bureau that their decision to restrict the flow of information was “made locally…based on the circumstances in the area of operation.”

The restriction of information makes it harder for the Bureau to gain a proper picture of the war in Afghanistan and Yemen and hold operations in those countries to account as they increase in intensity.

A US military official derided the idea that the level of detail once provided would give the enemy an advantage.

“The enemy knows a strike happened. It’s ridiculous”, the official told the Bureau, adding: “the policy for US forces is that you can confirm what happened yesterday – that’s how we’ve been trained”.

“It hides the costs and consequences of US lethal force from the public in whose name the military conducts operations”, said Shamsi.

“At the same time, civilians who are wrongly or mistakenly harmed say that it is the absence of transparency and accountability that weighs most heavily on them.”

The amount of information made available by the Pentagon about its overseas operations has fluctuated over the years, and it could be that the practices in place since late last year are just a one swing of the pendulum.

But they resonate with a wider picture of decreasing military transparency under the Trump administration.

On 1 March 2018, the Air Force ordered an overhaul of its public affairs operations aimed at preventing the release of information deemed sensitive.

The March guidance, which was obtained by Defense News, said: “In line with the new National Defense Strategy, the Air Force must hone its culture of engagement to include a heightened focus on practicing sound operational security. As we engage the public, we must avoid giving insights to our adversaries that could erode our military advantage.”

Military watchdog SIGAR meanwhile reported in October last year that the US had begun to withhold data on the size and attrition (also known as churn) rate of the Afghan security forces. In January 2018, SIGAR reported that the release of other key metrics of the war in Afghanistan once available had also been restricted, including the number of districts under Taliban control. The US later said this had been a human error in labelling and released some of the data.

The clampdown comes as the use of US air power has increased – the Bureau’s data shows that strikes doubled in Afghanistan and tripled in Yemen last year compared to the previous one.

Via Bureau of Investigative Journalism

The Bureau of Investigative Journalism is an independent, not-for-profit media organisation that educates the public and holds power to account. We tell the stories that matter. To help defend quality reporting and spark change: become a Friend of the Bureau

This work is licensed under a Creative Commons Attribution-NonCommercial-NoDerivs 3.0 Unported License.