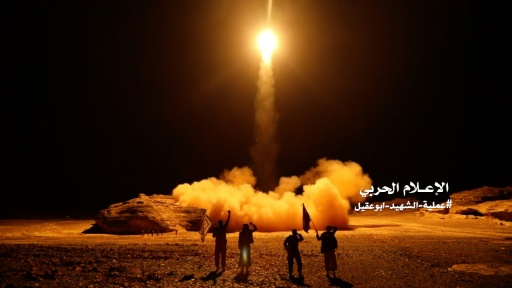 According to the Times, which cited US officials and European diplomats, the Army special operations soldiers arrived in December to help Saudi counterparts locate launch sites and destroy the Huthis’ missile supplies.

The unannounced move shows a deepening US involvement in Yemen’s war that has seen the country spiral toward famine and claimed almost 10,000 lives.

Citing operational security, the Pentagon said it could not comment on the makeup of forward-deployed forces.

The Pentagon’s “limited non-combat support, such as intelligence sharing, focuses on assisting our partners in securing their borders from cross-border attacks from the Huthis,” military spokesman Major Adrian Rankine-Galloway said.

The Times said there was no indication the commandos had crossed into Yemen.

Saudi Arabia has since March 2015 led a US-backed coalition of Arab states fighting to roll back the Huthis in Yemen and restore its neighbor’s internationally recognized government to power.

Officials told the Times the US troops are training Saudi forces to secure the border.

The Saudi troops are also working closely with US intelligence experts in the southern Saudi city of Najran, the Times said.

The Huthis, who hail from northern Yemen, control Sanaa and much of the country’s north — which borders Saudi Arabia — and the key Hodeida port on the Red Sea coast.

US lawmakers have sounded growing alarm about America’s support for the Saudis in Yemen, while President Donald Trump has bolstered ties with Riyadh and fostered a close relationship with Saudi Arabia’s Crown Prince Mohammed bin Salman.

Separately from Yemen’s civil war, the Pentagon is bombing Al-Qaeda in the Arabian Peninsula and has sent in ground troops to conduct raids against the jihadists.

The campaign against AQAP, which has taken advantage of the war to expand its presence in several areas to the south and east, has intensified under Trump.