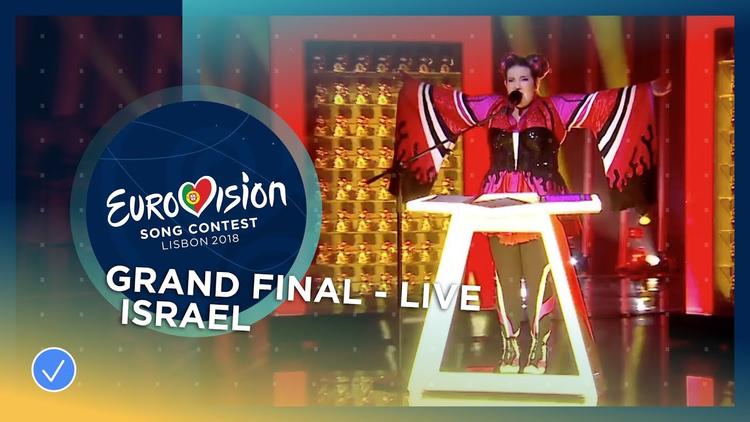 Lisbon (AFP) – Israel won the Eurovision Song Contest in Lisbon early Sunday after singer Netta Barzilai beat 25 other contestants with her uptempo song “Toy” whose lyrics were inspired by the #MeToo movement.

The winning track, which contained refrains such as “I am not your toy, you stupid boy”, summed up the concerns of many women who have adopted the growing global movement against sexual harassment.

The 25-year-old, who wore a multicoloured kimono, accompanied her winning performance with trills, clucking sounds and chicken-like dance moves in an eye-catching and bizarre performance that is often typical of the Eurovision contest.

“I am so happy. Thank you so much. Thank you for supporting diversity,” she as she took the stage to perform her song again after her win was announced. 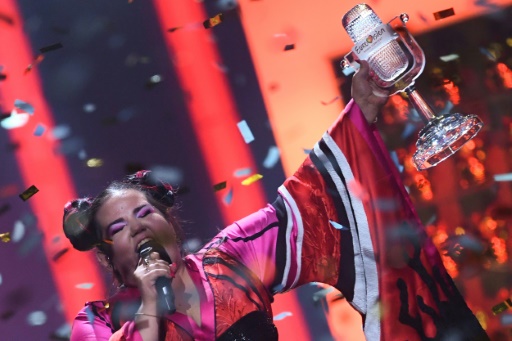 She received the Eurovision trophy from the last year’s winner, Portugal’s Salvador Sobral, who had called her song “horrible” in an interview published in Portuguese daily Publico on Wednesday.

“I felt he respected me and I send only love to him,” Barzilai said when asked at a press conference what it was like to receive the award from Sobral. 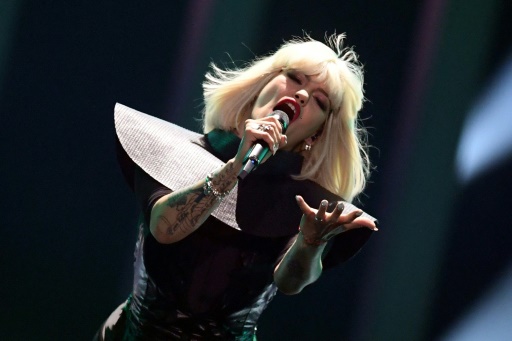 AFP / Francisco LEONG. Eurovision is famous for its theatrical and often bizarre performances.

Shortly after her victory Barzilai managed to break the glass trophy she had been awarded — but organisers gave her a replacement at the post-concert press conference.

The annual musical extravaganza has long been known for its ludicrous costumes, glitz and high-tech stage effects.

Highlights from this year’s contest which was hosted by Portugal for the first time included a staircase that was set ablaze and a giant projection dress that came to life with colourful animations. 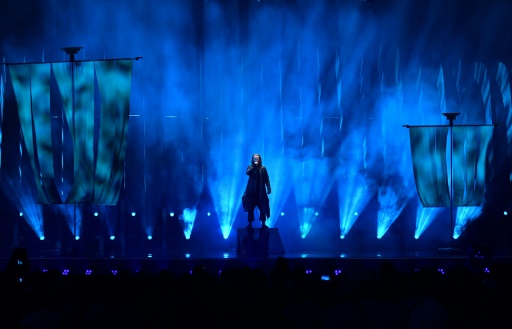 British singer SuRie’s performance was interrupted by a man who jumped on stage and snatched her microphone as she performed her entry “Storm”.

She calmly turned to one side and clapped while the man was escorted away before quickly resuming singing after being handed another microphone.

The man is in police custody, the European Broadcast Union, which stages Eurovision, said in a statement.

SuRie and her team were offered the chance to sing again but opted not to because they were “extremely proud” of her performance, it added. She finished in 24th place.

Ariel Lopstein, a Jewish Puerto Rican who lives in Madrid who was at the final, said Barzila’s victory was a way of celebrating the 70th anniversary of the establishment of the state of Israel.

“I am really excited, really happy,” the 43-year-old, who wore a blue and white Israeli flag around his back, told AFP.

Barzilai’s victory sparked celebration in Israel, which has won the contest three other times, in 1978, 1979 and 1998.

Hundreds of fans danced in front of Tel Aviv’s city hall. Some threw themselves fully clothes into the shallow water of the building’s esplanade.

Israeli Prime Minister Benjamin Netanyahu congratulated Barzilai by telephone, telling her she was “the best ambassador of Israel. We love you.” 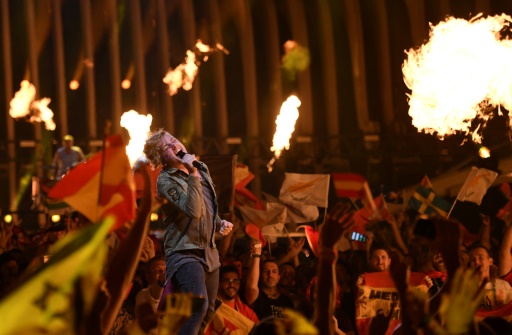 AFP / Francisco LEONG. Eurovision was first held in 1956 with the aim of uniting Europe after World War II

Israel will now host the contest next year.

Eurovision was first held in 1956 with the aim of uniting Europe after World War II.

Today it has an estimated global audience of around 200 million people — more than the Super Bowl in the United States — and has served as a global launching pad for the likes of ABBA and Celine Dion.

“It’s just harmless fun, it is just a really good atmosphere,” said Lee Torrance, a 43-year-old from Worcestershire in the United Kingdom who wore a vest and bowtie with the Union Jack pattern to the final.

Although the contest is supposed to be nonpolitical, this year’s Eurovision, like many others before it, was no stranger to controversy.

The European Broadcast Union barred China’s Mango TV from airing Saturday’s final after it edited out a romantic dance sequence by two men from Ireland’s entry during the contest’s first semi-final. 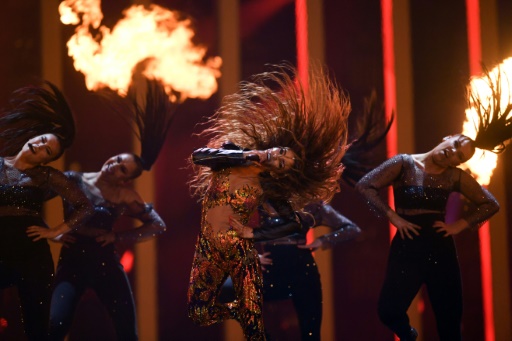 Mango TV also blurred out rainbow flags in the audience.

After two semi-finals held this week, 20 countries moved to Saturday’s final while Britain, Italy, Spain, France and Germany got free passes as they are the biggest contributors to the European Broadcasting Union. Portugal automatically qualified because it was the host.

Barzilai said she would celebrate her win with her fans who had come to Lisbon from Isreal to support her at the contest.

“There is nothing like an Israeli party. You will find out next year ,” she added.

Daniel Silva is a Portuguese-Canadian correspondent for AFP who has lived in Lisbon, Riga, Amsterdam and Toronto.