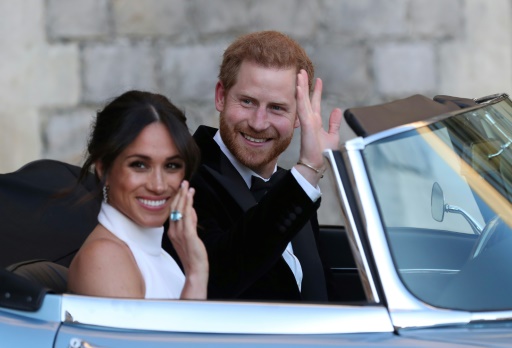 Props to CNN’s D. J. Judd, who pointed out a historical irony:

The last Duke of Sussex, named in 1801, advocated for abolishing the slave trade and for religious minorities.

But on reflection, some of our sense of irony on this issue is misplaced, because observers assume that British aristocracy is a bastion of “whiteness.” (This remark is not aimed at Mr. Judd, who is obviously sophisticated about these issues).

I’m just saying that whiteness itself as a term of racial and class privilege and exclusion has been constructed and has a storied history. Its meaning has changed radically over time.

I pointed out in response to a silly Ann Coulter tweet,

Benjamin Franklin was extremely worried about whites being overwhelmed. He said in “Observations Concerning the Increase of Mankind, Peopling of Countries, etc.” (1751):

So get this. Some of the eighteenth century founding fathers only thought English and Danish people were white. Even Swedes and Germans were “swarthy.” French certainly were. So Franklin would not have considered me white, since my family is French and German. We’re swarthy. We do have some Scottish, but if the Swedish are swarthy I suspect he thought the Scottish were, too. Since Coulter is in part Irish and German, Ben Franklin wouldn’t have accepted her as white, either, and was worried about the German part of her family acting like barbarians and interfering in elections. You can only imagine what he would have thought of German grifters like Donald Trump’s grandfather.

That identification of Englishness with whiteness in the American racial imaginary is nowhere more evident than racialist imaginings of the British royal family. Though note that they substantially German, of the House of Saxe-Coburg and Gotha, so Ben Franklin would have looked down on them. And there was a long tradition in medieval Britain of yeomen looking down on the royal family, whom they saw as Norman invaders, complaining about the Norman Yoke, a trope that fed into the American Revolution, as historian Christopher Hill argued.

Of course, any notion of racial purity is a myth. The gene pool gets all mixed up over time. Some 5-10% of self-identified “whites” in the American deep south have recent African ancestors, and over time all “whites” will.

Even further back, Europe was mostly empty of people during the last Ice Age, which only ended some 12,000 years ago, and was repopulated in part from Africa and Syria. Genetic history finds bronze age Spanish and Britons to have been black, and they were the ancestors of contemporary Europeans. (Northern lattitudes select for fair skin over thousands of years because embryos in the mother’s womb need enough UV rays to make vitamin D, and it is hard for those rays to get through dark skin). All this is not to mention that European royal houses have extensively intermarried and are therefore international.

But “whiteness” is an illusion. Because the crowned heads of Europe intermarried over centuries and because Spanish nobility was in the mix, and because in turn Spaniards and other southwestern Europeans are up to 20% North African in heritage as well as having substantial genetic endowments from Jews and various other Muslim peoples, not to mention Phoenicians and sub-saharan Africans– actually all European royal families have been mixed-race for a very long time. In fact, some genealogists allege that Prince Harry is descended from the Prophet Muhammad…

the residual category of “white”. . . was used [in the early 20th century) by working class Catholics in a desperate bid to distinguish themselves from Latinos and African-Americans. But really. Why are Italian-Americans from Sicily “white” in America, but people from Latin America whose ancestors lived in Catalonia are “brown”? In the medieval era, for a while, both Catalonia and Sicily were in the same country, ruled by the crown of Aragon!

The popular press in America is confused about such issues because many writers do not realize that there is no such thing as race in the 19th century biological sense. You have 2 parents, 4 grandparents, 16 great-grandparents, and by the time you get back to 1400 you have a million ancestors. For someone who hails from Europe, how likely is it that none of them were Arabs and Berbers from southern Spain who had been forced to convert and then married Catholics? Europe’s population in 1400 was only 78 million or so and [each modern is] descended from a million of them. And Arabs in southern Spain were in turn intermarried with Berbers and Africans. After 50 generations (a generation is 24 years), most of the world’s genes get shared around. Everyone in the Mediterranean basin shares common ancestors from only a few thousand years ago, including Tunisians and Egyptians and Spanish and Italians. The claim about Prince Harry and Muhammad is a little bit of a trick, since most contemporary Europeans are probably descended from Muhammad.

Whiteness is not solely a Western phenomenon, but where it occurs elsewhere it always also has a history and social context. In India conquerors tended to bring heavy horse cavalry through passes in the Hindu Kush mountain ranges that form a border with Afghanistan. Horses did not flourish in tropical India and therefore the invaders had an advantage. Whether Huns, or later Muslim Turks and Iranians, the invaders formed a privileged elite and their fair skin therefore was often prized. In subsaharan African kingdoms, in contrast, blackness was celebrated. But “whiteness” was never about skin color. Most northern Europeans are sort of pink, and our primary exemplar of white privilege today, the US president, is orange. Whiteness is about a conception of race based on the imaginary characteristics thought to go along with an idealized complexion.

What I fondly hope is that the whole American conception of whiteness in the 20th century, with its attempt permanently to divide the working class and artificially to denigrate people of African and Hispanic antecedents while artificially elevating Irish-Americans and Italian-Americans (not to mention German-Americans and English-Americans) as part of a supposedly superior “race,” is falling apart among the millennials. It won’t happen over night, but we might be seeing the beginning of its end. And that Harry and Meghan are playing an important symbolic role in furthering that process.

We’re human beings, not races, and the genetic differences among human beings are too few and too inconstant to account virtually for anything at all.