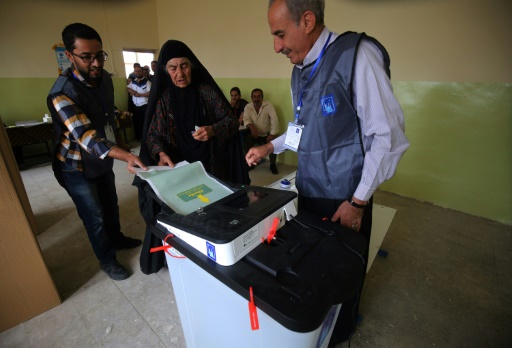 Cleveland, Oh. (The Conversation) – The results of May 2018 the Iraqi parliament election shocked many. The surprising results could mean a different phase in Iraq’s political trajectory has begun.

Most observers were expecting an easy win for Prime Minister Haider al-Abadi‘s slate of candidates from all 19 of the country’s provinces. As an analyst of Iraqi politics and security, that’s what I thought would happen. My colleague Munqith Dagher, who is the most prolific pollster in Iraq and who helped research and write this piece, came to the same conclusion based on our extensive analysis of the run-up to the elections.

But the Saeroun (“Forward”) Alliance — supported by the anti-American, anti-Iranian cleric Muqtada al-Sadr, won the most votes – 54 of the parliament’s total 329. The pro-Iranian Fatah (“Victory”) Alliance came in second, and the Prime Minister’s slate – called Nasr (“Conquest”) – came in third.

The country has had five elections since the U.S. invasion and the toppling of Saddam Hussein in 2003, but this could be the most significant since it changed a number of the important pillars of the political process.

Here are some lessons from this election.

Yet despite the most peaceful conditions in 15 years, this election witnessed the lowest turnout rate of all post-2003 elections.

2. A desire for independence

The victorious Saeroun Alliance is a unique coalition between the Sadr religious party and communists in Iraq. It shows that a marriage between secularity and religiosity is possible and wanted by the people.

This could be a good example for other Muslim countries if the unusual political alliance survives the expected political maneuvers.

That’s not yet clear since Iraqi electoral law and the fractious nature of Iraqi politics make it nearly impossible to have single-party majority governments. As in many parliamentary systems, forming governing coalitions is a necessary yet difficult process after national elections.

It’s not certain that the Saeroun Alliance will be part of the new government currently being formed, despite winning the most votes. One reason is because Iran is working hard to keep the relatively anti-Iranian Saeroun Alliance out of the Iraqi government. Iran is trying to create a governing coalition among other Shia-dominated political parties, and has dispatched General Qassem Soleimani, Iran’s top regional security official, to Baghdad to try to cobble together a pro-Iran governing coalition. This is a matter of the highest national security importance to Iran.

Regardless of how the final government looks, this victory of the Sadrists sends a strong message to all foreign influences in Iraq. This message is especially clear for Iran and the U.S., as al-Sadr opposes both countries’ influences and asked for independent Iraqi policies.

Interestingly, al-Sadr might consider not nominating any of his candidates to be the next prime minister of Iraq as he knows that it is nearly impossible to ignore the Iranian-American power struggle in Iraq. Indeed, al-Sadr has previously said the current Prime Minster al-Abadi could serve for a second term as long as he responds positively to Sadr’s governmental reform wishes, which are not far from al-Abadi’s own plans.

Although the highest Shia clergy in Najaf avoided backing any candidates in this election, they proved that they are still important players that cannot be ignored. We believe that the clergy’s indifferent position toward voting, or, for that matter, boycotting the election, had a big impact on the low turnout. In previous elections, the Najaf clergy had encouraged people to participate.

On the other hand, the clergy offered guiding instructions to their followers who did want to vote. The slogan of “Not voting for those who were already tried before” seems to have hurt many top Shia political leaders, such as Nouri al-Maliki and others. It is also likely that this slogan negatively affected the chances of the current prime minister’s slate of candidates.

Generally speaking the election results indicate that Iraqi voters have started to vote independently of their religious and sectarian identities. Al-Abadi, who is one of the top leaders of the Da’wa Shia sectarian party, received almost 30 percent of his votes from Sunnis – especially in areas freed from IS occupation recently, such as Mosul. Sunnis who have been freed from IS occupation are thankful for al-Abadi’s efforts to defeat IS.

A number of Shia parties, which had militias that fought against IS, also received some votes from Sunnis in these areas as well. These votes are also an appreciation of the militias helping to drive IS out of their areas.

It is still early to say there is a significant, permanent shift away from sectarian voting, yet this new behavior will encourage top Shia leaders who dominated the Iraqi political arena for the last 15 years to consider Sunnis’ hopes and needs in their future political decisions. This could be important and effective in fighting Sunni extremist terrorism in Iraq.

Despite their involvement behind the scenes, it also looks like Iran will be less adamant that the government be led by an explicitly pro-Iranian politician. At any rate, the main Shia power blocs in Iraq are fragmented and it will be difficult for Iran to bring – and keep – them back under one umbrella. Iran may have to be satisfied by a prime minister who is not opposed to Iranian influence in the country.

And finally, none of this can be seen independently of the U.S. withdrawal from the Iran nuclear deal. That withdrawal strengthened the Shia extremists in Iraq and helped them to get more votes. Now Iran needs a moderate Iraqi leader who could play the role of mediator with the U.S. administration to avoid more sanctions or even armed actions.

Munqith Dagher of the Independent Institute for Administration and Civil Society Studies in Baghdad contributed to the research and writing of this piece.

Featured Photo: AFP / AHMAD AL-RUBAYE. Iraqi election registrars help a woman to place her ballot through an electronic counting machine at a a polling station in the Wadi Hajar district of Mosul on May 12, 2018.