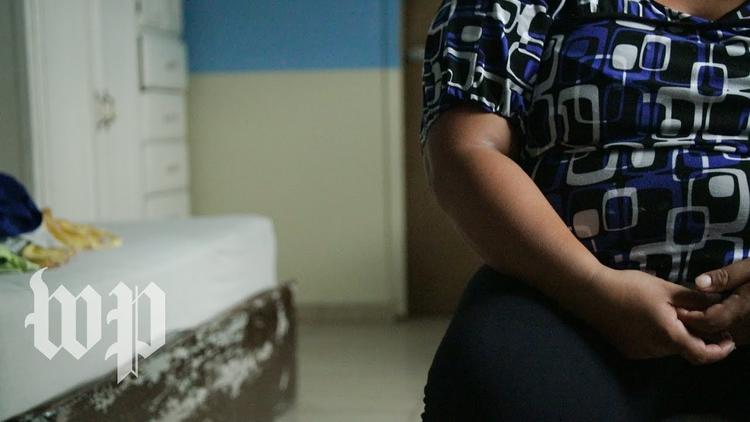 Southwest Harbor, ME (Informed Comment) – Attorney General Sessions didn’t lose any sleep over those children forcibly separated from their parents. He maintained most of the asylum seekers will be denied because “many of them . . . like to make more money . . .” Unfortunately, however, when children are used as bargaining chips we may never know the conditions these families have experienced. As Daily Kos argues, “sign here and get your baby back” is hardly a way to elicit accurate information.

Trump’s hard right base imagines hordes of greedy, poorly educated workers eager to steal our well- deserved prosperity. Unfortunately, amidst the justifiable horror evoked by US authorities’ criminal treatment of these children there is too little examination of the conditions that spur many of these mass migrations. Nor is this an accident. US policy has played a major role in fostering or sustaining the violence that impels many to flee. Admitting that role by implication challenges the legitimacy of those policies.

From the days of the Monroe Doctrine on the US has treated Central and South America as wholly owned subsidiaries. That has included support for even the most vicious authoritarians as long as they were hospitable to US multinationals. FDR is purported to have called Nicaraguan dictator Anastasio Somoza “an SOB, but he’s our SOB.” Take the recent example of Honduras, one home of those seeking asylum. In a late May conversation on Democracy Now between Amy Goodman and Dana Frank, University of California Santa Cruz scholar, Goodman reminded listeners that: this June marks “the fifth anniversary of the military coup that deposed the democratically elected Honduran president, Manuel Zelaya, which the U.S did not oppose. It was the coup, more than drug trafficking and gangs, that opened the doors to the violence in Honduras and unleashed an ongoing wave of state-sponsored repression.”

Frank added, “when we talk about the fleeing gangs and violence, it’s also this tremendous poverty. And poverty doesn’t just happen. It, itself, is a direct result of policies of both the Honduran government and the U.S. government, including privatizations, mass layoffs of government workers, and a new law that breaks up full-time jobs and makes them part-time and ineligible for unionization, living wage and the national health service. “ These policies have been supported by Democrats as well as Republicans. Frank reminds us “A lot of these economic policies are driven by U.S.-funded lending organizations like the International Monetary Fund,… The Central American Free Trade Agreement is the other piece of this. Like NAFTA … it opens the door to this open competition between small producers in agriculture in Honduras, small manufacturers, and jobs are disappearing as a result of that.”

In language that directly addresses Sessions contempt for these migrants. Frank adds:”it’s not like people are like, “Let’s go have the American dream.” There are almost no jobs for young people. And we’re talking about starving to death—that’s the alternative—or being driven into gangs with tremendous sexual violence. And it’s a very, very tragic situation here. But it’s not like it tragically just happened. It’s a direct result of very conscious policies by the U.S. and Honduran governments.”

Throughout Central America extreme inequality along with ruthless and repressive governments have led to a pathological politics. Governments are brutal but also unstable. Often they rely on or tacitly encourage paramilitary forces. These allow them to evade responsibility for the crimes on which their rule depends.

That these conditions should constitute grounds for asylum is clear, but the Trump Administration defines violence in as narrow a manner as possible. Only a gun pointed at one’s head and imminently prepared to shoot is violence. To view violence of paramilitary forces or even spousal violence systemically– where murder and regular intimidation are the backdrop of daily life– might make the Trump administration appear soft on immigration and disdainful of its base. But equally significant, attention to these conditions and their cause casts doubt not only on the substance of US foreign policy but also on its methods.

The Obama Administration supported regressive economic policy in Latin America and stood idly by in the face of a brutal coup. Trump ups the ante. The US now has a president who explicitly supports foreign leaders’ assassination of drug dealers and here at home encourages his supporters to rough up opponents. How far are we from importing not only asylum seekers but also paramilitary violence from these unstable states? If we do not end this cruelty on our borders our children may pay a heavy price.

Washington Post: “‘Danger everywhere’: A Honduran family is turned away at the US border and detained in Mexico”