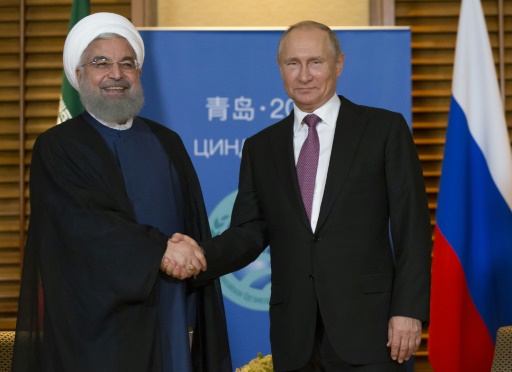 Qingdao (China) (AFP) – Chinese President Xi Jinping on Saturday opened a regional security summit attended by Russia and Iran with boasts of the bloc’s “unity”, just as a fractious G7 gathering was mired in divisions between Europe and the US. 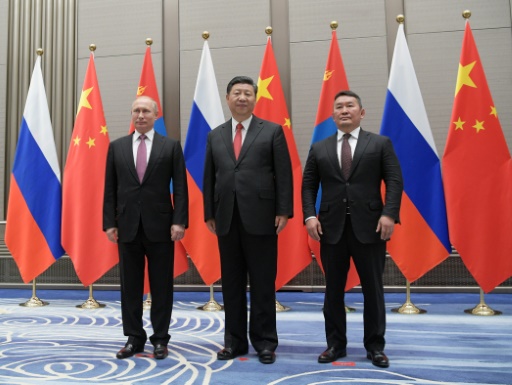 On the sidelines of the Shanghai Cooperation Organisation summit in the coastal Chinese city of Qingdao, Russian President Vladimir Putin met his Iranian counterpart Hassan Rouhani and expressed his support for Tehran joining the SCO.

Rouhani, for his part, denounced the “illegal” US withdrawal from the international nuclear deal with Tehran.

Iran, currently an observer member of the SCO, has sought since 2008 to become a full member of the China- and Russia-led security group.

Xi spoke at an opening banquet in the Qingdao Olympic Sailing Center before taking in a fireworks display. 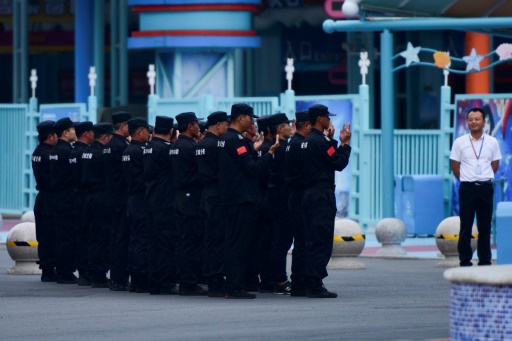 Standing before a serene seascape painting, he hailed the bloc’s guiding “Shanghai spirit”, which “focuses on seeking common ground while setting aside differences and pursuing mutually beneficial cooperation.”

He noted that it was the first meeting since India and Pakistan joined as member states, and stated that this year they would “draw up a blueprint for (the SCO’s) future growth”.

The SCO gathering comes as Trump meets America’s closest allies in Canada for a two-day G7 summit, which concludes Saturday.

There, he has found himself in a minority of one — pitted against peers angered at tariffs that could trigger a wider trade war.

The last leader to arrive, Trump is expected to be the first to leave as he heads to Singapore for an unprecedented encounter on Tuesday with North Korean leader Kim Jong Un. 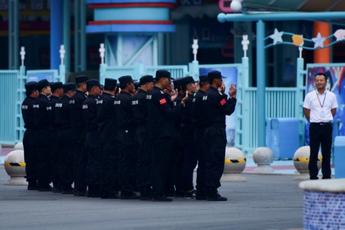 Armoured vans lined the streets of Qingdao for the SCO’s 18th annual gathering.

Authorities cleared an entire oceanside swathe of the city — moving aside shopkeepers and day-trippers to make way for Xi, Putin and Rouhani.

Hotels were emptied of all regular customers and banned from selling beer, providing razors or even metal dining knives to journalists.

The SCO meets this year after Trump controversially pulled Washington out of the 2015 international pact with Iran that placed limits on its nuclear programme in return for easing economic sanctions. 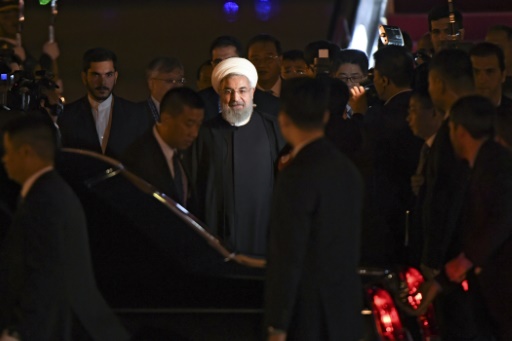 Though not officially on the agenda, analysts say the summit may focus on whether Iran will be allowed to become a full member state, which it has been unable to achieve while subject to UN sanctions.

The 2015 nuclear deal lifted that barrier.

In his meeting with Putin, Rouhani said a “more serious and important” dialogue between Russia and Iran was needed regarding the nuclear deal following Washington’s “illegal” withdrawal from the pact, according to a Kremlin transcript.

“We have been a faithful player to this commitment, we’ve done our best, we’ve shown our good intentions. We are facing a very volatile region,” she said.

Now in the wake of the US withdrawal from the pact, “SCO members may use granting full membership to Iran as a way to demonstrate support for (Tehran) and the nuclear agreement,” said Dawn Murphy, professor of international security studies at the US Air War College.

The summit is expected to focus on the fight against terrorism, organised crime and cybersecurity, as well as trade and China’s global infrastructure programme, which India views with a wary eye.

The first step is to stop “belligerent rhetoric on both sides”, then hold a dialogue among the main parties leading to a peace treaty before holding multilateral talks, he said.

“Everything is happening under the outline of the Russian-Chinese roadmap,” Lavrov said.

Featured Photo: POOL/AFP / Alexander Zemlianichenko. In his meeting with Putin, Rouhani said a ‘more serious and important’ dialogue between Russia and Iran was needed regarding the nuclear deal.