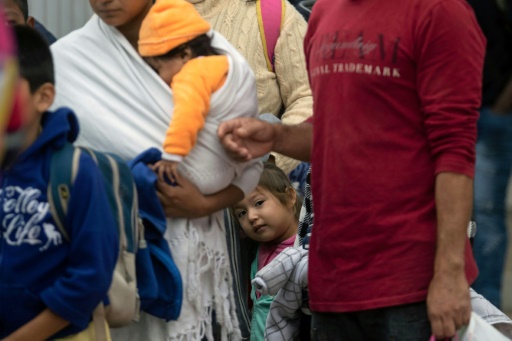 Columbus, OH (Informed Comment) – The term “moral injury” usually applies to war veterans who had participated in or witnessed an action that violated their core beliefs of right and wrong. However, this concept could also help us to consider the impact of the family separation policy that took place for several weeks and involved at least 2,300 children and their parents in the United States.

What Have We Done, the main title of David Wood’s book about the moral injuries of soldiers, captures the compelling reason for why we need to discuss moral injury as related to the family separation policy. Through the centuries, veterans returning from war sometimes exhibited signs of distress that extended beyond the standard PTSD (post-traumatic stress disorder) diagnosis. Their souls were wounded because they had violated their moral consciences in a deep, irreparable way that was difficult to express.

Recently, the U.S.’s “zero-tolerance” policy against undocumented migrants had entailed the separation of babies and children from their parents—perhaps forever. Observing the now-famous picture of a distraught toddler who may never see her mother again, I had to wonder about the impact of these actions on the Border Patrol and the others who were enforcing the policy. How did they justify their actions in the face of so many crying children and screaming parents? Did they feel like soldiers in a war zone where they have to obey orders without question?

Of course, comparing the experiences of war veterans to the current situation at the U.S.-Mexican border has one major drawback: the veterans were usually at a higher risk of getting killed or injured than their Border Patrol counterparts. This difference, though, demonstrates a key insight into the minds of the policymakers who have decided on imprisoning thousands of persons, many of them possibly asylum seekers who deserve protection under international law. The defenders of the “zero-tolerance” policy may feel that they are as threatened by the immigration of brown-skinned persons as if the U.S. was facing another 9/11. Considering that almost half of Republican voters support the policy, many might even believe that the Border Patrol is saving the U.S. from an existential threat.

For those of us who are troubled by these brutally enforced family separations, it is hard to comprehend the mind of somebody who could seize a breastfeeding baby from his mother. Will any of these officers suffer from moral injury later? Since this condition can lead to depression, it is hoped that they will not fall into suicidal despair in the future. Ideally, though, they will find the courage to act according to their consciences no matter what the orders dictate. In past wars, some men chose the “Conscientious Objector” status to avoid committing acts of violence. Could this type of status be available to the officers who do not agree with the policy of treating every migrant as a criminal?

The moral injury that these officers may eventually experience is but one dimension of this humanitarian crisis. As the Moral Injury Project at Syracuse University states, “The effects of moral injury go beyond the individual, impinging on the family system and the larger community.” Indeed, the primary burden of responsibility for the family separation falls upon President Donald Trump, Attorney General Jeff Sessions, and their cohort. It is doubtful that any of these policy defenders will realize that they are endangering their own psychological stability by treating the migrants as animals.

Other policymakers, though, have tried to save themselves from moral injury. When congresspersons stormed the detention centers and other locales to see what was going on, they were not merely trying to score political points; they were probably attempting to elude the shame of not doing enough to stop this policy. Besides the sin of commission (doing something wrong) is the sin of omission (doing nothing to stop the wrong).

Although Trump has ended the family separation aspect of the “zero-tolerance” policy, the crisis over immigration has not ended. During this ongoing turmoil, everyone who opposes any malevolent government actions—such as imprisoning possible asylum seekers–must consider how the sin of omission could cause them eventual moral injury. It was encouraging to see so many Americans not only react with horror at the news stories about families being torn apart, but also advocate through rallies and other activism.

What have we done? Let us hope that the U.S. can reunite the traumatized families instead of keeping them apart. By working toward comprehensive immigration reform that does not mention a wall, we can avoid further moral injury. Instead of asking ourselves “what have we done?” we could then state, “we fought for human decency.”