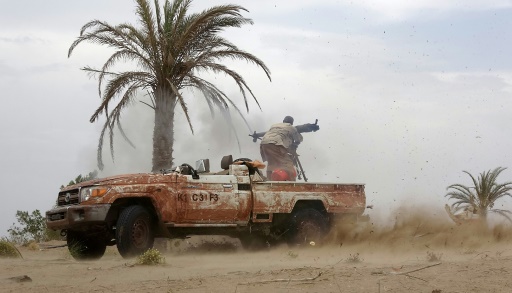 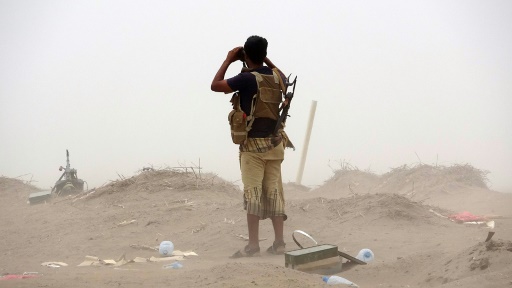 UN Secretary-General Antonio Guterres said his envoy Martin Griffiths has been locked in “intense negotiations” with the Iran-backed Huthis, Saudi Arabia and the United Arab Emirates to find a “way to avoid the military confrontation in Hodeida.”

During a meeting with Yemeni Foreign Minister Khaled Alyemany, Guterres stressed that “everyone should redouble efforts to find a political solution and avoid a fierce, bloody battle for Hodeida,” UN spokesman Stephane Dujarric said.

The city is home to 600,000 people and is the entry point for 70 percent of Yemen’s imports, including vital aid supplies for civilians in the conflict-wracked country.

Anti-rebel forces made use of a break in fighting from Monday to send troops and equipment towards the front line, currently around 40 kilometres south of Hodeida, the sources said. 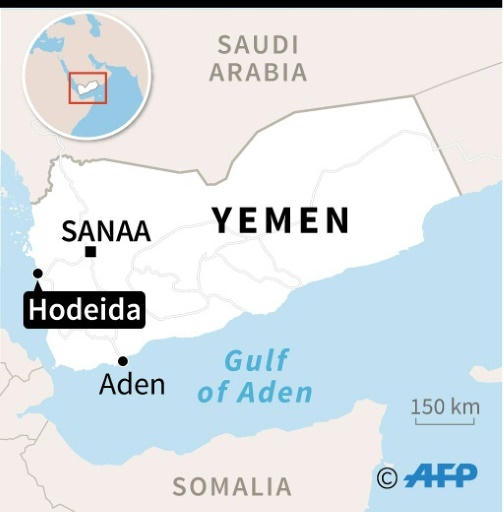 The countdown to take the port has started, Emirati newspaper The National declared on Tuesday as it warned “all signs… pointed to an imminent offensive”.

The pro-government Yemeni forces are a mix of local fighters, those loyal to President Abedrabbo Mansour Hadi, and supporters of the ex-head of state, Ali Abdullah Saleh, who was killed in December by his former Huthi allies.

They are backed on the ground by the UAE, while Saudi Arabia has been leading a campaign of air strikes.

The Yemeni president was due to make a rare visit on Tuesday from Saudi Arabia, where he lives in exile, to the UAE for talks in Abu Dhabi.

The anti-rebel forces are determined to drive the Huthis from Hodeida, analysts say, having failed to score any major military victories since taking five southern provinces and the city of Aden in 2015.

In a sign of growing international concern over Hodeida, the UN Security Council met behind closed doors on Monday after Britain told aid agencies on the ground it had received a warning from the UAE of an attack.

The United Nations pulled all of its international staff out of Hodeida early Monday morning.

UN envoy Griffiths briefed the Security Council by video conference from Amman, and according to diplomats has revived a year-old plan to turn over Hodeida port to a neutral party.

US Secretary of State Mike Pompeo said he urged Emirati leaders to work with the UN, making clear Washington’s aims “to address their security concerns while preserving the free flow of humanitarian aid” and imports.

But Pompeo fell short of warning the coalition against launching an all-out offensive and the Huthis consider any assault on Hodeida would come with Washington’s authorisation.

The International Crisis Group said a Hodeida battle would be “bloody, prolonged and leave millions of Yemenis without food, fuel and other vital supplies.”

The organisation urged the US not to approve an attack on the port city and called on Washington to “press the UAE to halt the movement of men under its control” and instead press on with UN negotiations.

Around 200 Huthis and 30 anti-rebel fighters have been killed south of the port city in recent days, according to military and medical sources.

The rebels succeeded in retaking the village of al-Jah over the weekend, only to be driven out, military sources said.

“It’s an attempt to delay the battle for Hodeida,” said Ahmed Ghilane, a fighter loyal to former president Saleh.

After completing preparations for the Hodeida offensive, he said forces were “waiting for the green light”.

Featured Photo: AFP / NABIL HASSAN. A pro-government Yemeni soldier on June 7, 2018, near al-Jah, 50 kilometres from the port city of Hodeida.