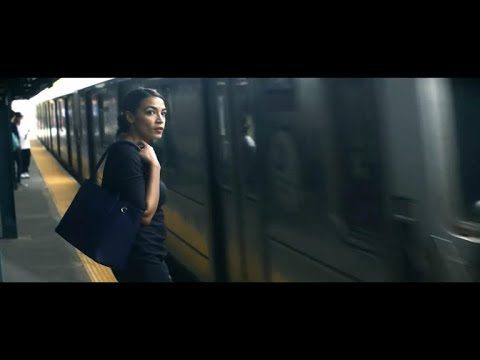 Progressives are rightly elated by the surprise win in a New York primary of Alexandria Ocasio-Cortez. They saw her ten-term opponent as having failed to stand for workers.

But it is possible for Ocasio-Cortez never to pass even a single law. My advice to her and to her backers is not just to perfect her platform, but to huddle with experienced progressive lawmakers to come up with model legislation on a range of issues that can be quickly enacted.

Sooner or later, the Democrats will take back the presidency, House and the Senate. The last time they did that, in 2008, however, they only kept control for a few months. And since no Republican ever, ever voted for anything Obama proposed, including the Republican health insurance bill that had been crafted for the insurance companies by Mitt Romney, the Dems at the national level have been powerless and virtually without anything to show for themselves for a decade.

Obama ran on a platform of uniting people, but I think never did understand that Washington is a zero-sum game now, and the other team’s goal is to keep you from scoring, ever.

Republicans come to town, when they win big in national elections, with a whole raft of model legislation. Admittedly, that is easy, since it is written for them in the main by the corporations who fund them and whom the GOP represents. The misnamed PATRIOT Act, the 2018 tax massacre, the list goes on and on. They know what they want, they have the language, and they know how to whip a vote. They get things done for the 0.1 percent who pays their bills.

Here is some legislation Democrats could pass if they came to power in 2020, only a little over two years from now:

* They should have ready to go a single-payer health insurance bill with universal coverage, which disallows exclusion on the basis of pre-existing conditions. They should not water it down in any way trying to make any Republicans happy. None voted for Obama’s flawed ACA even though they kept having him tinker with it on the grounds that they might support it. A health insurance act that is properly funded and properly crafted and which changes the insurance and medical sectors radically will be very difficult for future Republican regimes to destroy.

But you can’t pass a health insurance bill if you have to craft it first, because majorities are typically thin and easily lost, and by the time you’ve written a new bill the mid-terms have come and game over. You have to write the act as a shadow government.

*Democrats should have a bill ready that completely withdraws all subsidies to the fossil fuel industries and institutes a carbon tax that would both raise revenue and promote green energy.

*Democrats should have ready to go national legislation guaranteeing the right to unionize and to require union dues where the vote for a union has won. “Right to work” laws at the state level have helped destroy unions, including the public sector unions that are the financial backbone of the Democratic Party. The Dems have been supine as the Koch brothers and Alec pulled the plug on them and watched them spiral down the drain. Unionization is a key human right that has been de facto struck down in the United States since Reagan.

Trump has convinced his followers that wage stagnation for American workers has something to do with immigration. It does not. Immigrants make the economy grow. Wage stagnation since 1970 in the US can almost completely be explained by the corporations’ and right-wing politicians’ destruction of American unions.

*Democrats should have a law ready to be voted on that takes back from the president the power to set tariffs and to make war unilaterally. Both are Congressional prerogatives in the constitution, and we desperately need to get back to that.

*Dems should have a law ready to go legalizing marijuana nationally and setting Federal taxes on it. Pot use appears to lessen opioid use and could be a key tool in addressing our biggest public health challenge.

*Democrats should have a law ready to go unambiguously forbidding religious and racial discrimination in immigration, forbidding family separation, and forbidding indefinite detention of undocumented families.

*Democrats should have a law ready to go reforming the Environmental Protection Agency and making sure it is never again hijacked by the Polluting Corporations. They need to put back all the regulatory safeguards for the public that Trump/ Pruitt have gutted.

*Democrats should have a law ready to go that strictly ties military and civilian foreign aid to a country’s human rights record.

*Democrats should have a campaign finance law ready to go that requires presidential candidates to reveal their tax records and that requires donors to identify themselves. A carefully crafted law could well get around the obstructionism on this issue of the rightwingers on the Supreme Court, who gave us Citizens United and hence Trump.

There are lots of other laws you could think of that Democrats could pass if they had the presidency and both houses of Congress, and if the Democratic Party really cared about its declared constituencies. The right wing in the US during the past forty years has structurally changed US society. The Left has lost almost every important battle. The way to stop losing is to get organized for success and be ready to act quickly when you get the chance.

CBS This Morning: “Alexandria Ocasio-Cortez on being an “unapologetic champion” for working class”