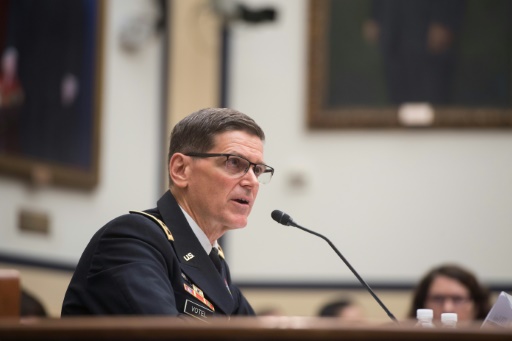 Washington (AFP) – The top commander overseeing US military involvement in Syria said Thursday he’d received no new instructions to work with Russians since President Donald Trump met with his Russian counterpart in Finland.

“No new guidance for me as a result of the Helsinki discussions as of yet,” General Joe Votel, who heads US Central Command, told reporters.

Trump and President Vladimir Putin’s talks, which yielded few specifics to the public, apparently included discussion on ways the US and Russia could cooperate in war-torn Syria, where the two powers are pursuing separate military campaigns.

There were indications of an arrangement to work together and with Israel to support a ceasefire in southern Syria, suggesting that the US administration is backing off its demand that Moscow’s ally Bashar al-Assad step down.

Trump said both he and Putin had spoken to Israel’s Prime Minister Benjamin Netanyahu “and would like to do certain things with respect to Syria having to do with the safety of Israel.”

Putin said, “I want to confirm that Russia is interested in this development and… will act accordingly,” but neither leader was very clear about what the next steps would be.

Votel pointed out that any cooperation with the Russian military in Syria would require Congressional approval or some sort of special waiver.

“The National Defense Authorization Act as a law prohibits us from coordinating, synchronizing or collaborating with the Russian forces, so that does guide our activities,” Votel said.

He said for now, the US mission in Syria is clear: to defeat the Islamic State group.

“I won’t speculate on other things that we might do or might be done outside of CENTCOM here but for us, steady as she goes,” Votel said.