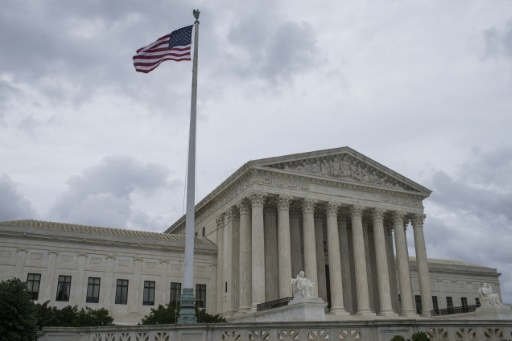 Seattle (Yes! Magazine) – Trump will replace the last centrist on the Supreme Court. Now only voter pushback can restore balance to Congress.

The news that Supreme Court Justice Anthony Kennedy is retiring come July 31 is a reminder—and a warning—that no matter what happens in the upcoming midterm elections, or 2020, we’re not going back to any sort of pre-Trump politics.

Elections matter. And as Trump has proved over and again since his inauguration, the norms that allowed us to function as a society were little more than handshake agreements between leaders who generally tried to do right by their constituents. But then that system ran head first into someone without ethics or shame, and it broke.

The recent Supreme Court’s term, which culminated with a series of 5-4 decisions that upheld Trump’s overtly racist travel ban, gutted civil service unions’ power, and sidestepped cases of blatant partisan gerrymandering, is likely going to be the last where there would be some question of which way the court would go on the key issues of our day.

Kennedy was the last swing vote on the court. A Reagan appointee, he voted with the majority on most of those issues, including the travel ban and the anti-union ruling that came down this week. Yet he also voted in favor of the landmark decision legalizing gay marriage, and in 1992 reaffirmed the principles of Roe v. Wade, though he also often voted in favor of specific restrictions on abortion access.

Kennedy’s replacement is unlikely to be cut from the same cloth. Neil Gorsuch, whom Trump appointed to fill the seat that Barack Obama was kept from filling by a Republican Senate, came from a list of candidates drawn up by the right-wing Federalist Society, which advocates the “originalist” argument that we should live under a Constitution as it was adopted in 1789. The late Antonin Scalia was a staunch originalist, as is Gorsuch.

Trump’s next appointment is unlikely to be any less conservative and could be a great deal more so.

Given Trump’s demands for absolute fealty from his appointees, we could expect another Clarence Thomas: undistinguished, unqualified, and unquestioning of the party line. (By contrast, Obama’s nominee, Appeals Court Judge Merrick Garland, was by all accounts a moderate in the vein of Kennedy and quite easily could have swung several 5-4 conservative victories over to the liberal side. Obama had little choice than to go with moderates. He was dealing with the same Republican Senate leadership that is now promising to approve Trump’s next pick by the fall.)

It’s clear now that the Supreme Court is unlikely to be much of a check on the worst actions of Trump’s administration.

Chief Justice John Roberts’ repudiation of the Korematsu decision on Japanese American internment notwithstanding, that low point in the modern court, is still technically on the books until the court overturns it directly, and President Trump has ordered the preparation of detention camps on military bases for up to 20,000 migrants. That would seem to set the stage for a showdown between the administration and Roberts’ Korematsu dicta ruling—an aside in a case about something else that is considered persuasive, but not necessarily governing. And in the Trump era, if it’s not written into the law specifically, the president will do what he can to roll over it.

The Republican Congress has already abdicated its duty to protect the country from rampant corporate nationalism of Trump’s oligarchy-in-waiting. And now the Supreme Court also cannot be counted on to save us. Those who hold out hope for Special Counsel Robert Mueller’s investigation are again forgetting that Trump has worked overtime to redefine reality to show that there was “no collusion” with Russia in his election—and that abundant evidence of collusion is “fake news.” Mueller is unlikely to do more than issue his report to the FBI and/or Congress, and there it will sit. (I hope I’m proved wrong about that.)

The only check on power left is if people vote for Democrats overwhelmingly in the fall midterms. I say “overwhelmingly” because it’s not enough for Democrats to eke out a narrow win: They need to flip 24 seats in the House of Representatives and take three seats in the highly uncompetitive Senate. Coupled with Republican gerrymandering of House seats, active voter suppression measures taking place wherever Republicans control the arms of state government, and a highly energized Trump base guaranteed to turn out in high numbers, it’s an uphill fight all the way.

In the two-party winner-take-all system we have now, protest votes are spoilers, serving only to cement the Republican Party’s grip on power and Trump’s grip on the Republicans. With former GOP stalwarts like conservative writer George Will and former Republican strategist Steve Schmidt pledging to vote for Democrats to stop the creation of a one-party state based on unrestrained xenophobic nationalism and trade protectionism, anyone to the left of them not also joining ranks is beyond irresponsible.

In democracies, voters choose the form of government they will have. We can only hope that voters will choose to restore a balance of power.

Chris Winters wrote this article for YES! Magazine. Chris is a senior editor at YES! He covers economics and politics. Follow him on Twitter @TheChrisWinters.

Reprinted by permission from Yes! Magazine under a Creative Commons license.

Chris Winters wrote this article for YES! Magazine. Chris is a senior editor at YES! He covers economics and politics. Follow him on Twitter @TheChrisWinters. Winters is a journalist, editor and writer in the Seattle area. His writing has appeared in The Daily Herald (Everett, Wash.) The Seattle Times, Seattle Business magazine, Northwest Meetings + Events magazine, Washington CEO Magazine, National Geographic Traveler, Bookslut.com and other publications. He covers science, technology and the government among other beats.