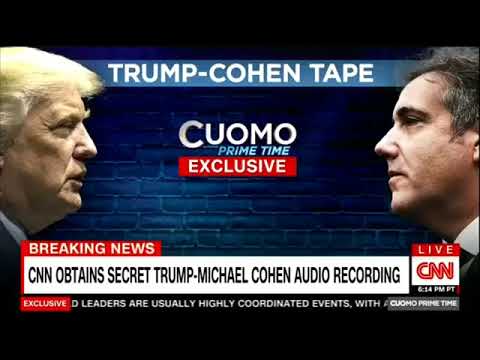 Trump’s success stems in large part from his hucksterism, from his disregard for facts and his ability to pull the wool over the eyes of his cultists. It also stems from a shrewd use of logical fallacies in argument.

After the catastrophic Helsinki summit, the question was, ‘Is he Putin’s poodle?’

That is a good thing, his flacks say, since peace with a nuclear power is much better than conflict.

This way of thinking is a logical fallacy, known as the False Dilemma. There just are other possibilities that fall between nuclear Armageddon and sucking up to Putin. For instance, you could even have a summit with him, and seek cooperation where there is overlap in interests, but just be forthright that you don’t think his unilateral annexation of Crimea and attempt to usurp other Ukrainian territory is right.

Speaking to the Veterans of Foreign Wars yesterday, Trump cautioned his audience about the reporting on Helsinki and on the Mueller investigation,

Twitter knew what to do with this unhinged remark. People quoted George Orwell’s 1984:

“The party told you to reject the evidence of your eyes and ears. It was their final, most essential command.”

As the great science fiction writer Cory Doctorow pointed out, Eric “George Orwell” Blair, the anarcho-syndicalist journalist who fought in the Spanish Civil War, did not write 1984 as a prediction of the future but as a critique of his own present:

“Orwell didn’t worry about a future dominated by the view-screens from 1984, he worried about a present in which technology was changing the balance of power, creating opportunities for the state to enforce its power over individuals at ever-more-granular levels.”

Then, when on Tuesday night the Cohen tape was leaked to CNN, the Trump team actually attempted to dictate how it was heard by releasing an obviously doctored transcript of it.

Cohen sets up a dummy corporation for buying Playboy bunny Karen McDougal’s silence about their year-long affair, to reimburse David Pecker (yes!) of the National Enquirer for offering her an op-ed contract on condition she not reveal the affair.

Here’s the transcript according to WaPo:

COHEN: … Um, I need to open up a company for the transfer of all of that info regarding our friend, David, you know, so that — I’m going to do that right away. I’ve actually come up and I’ve spoken —

TRUMP: Give it to me and get me a [UNINTELLIGIBLE].

COHEN: And, I’ve spoken to Allen Weisselberg about how to set the whole thing up with …

TRUMP: So, what do we got to pay for this? One-fifty?

TRUMP: Yeah, I was thinking about that.

TRUMP: Maybe he gets hit by a truck.

COHEN: Correct. So, I’m all over that. And, I spoke to Allen about it, when it comes time for the financing, which will be —

TRUMP: Wait a sec, what financing?

COHEN: Well, I’ll have to pay him something.

Dispassionate news sources have not agreed with Giuliani’s spin.

In fact, Trump sent Hope Hicks out to deny any knowledge at all of the “catch and kill” contract between the National Enquirer and McDougal. “We have no knowledge of any of this,” she said.

But the tape shows that Trump knew all about it down to discussing how exactly to reimburse Mr. Pecker for the McDougal hush money.

“I’ll have to pay him something,” Cohen told Trump.

Trump wanted it all to be off the books. “Pay with cash,” he instructed.

Cohen knew he was taping himself qnd knew what paying with cash would make the whole thing look like. “No, no, no…” he protested.

It is not actually clear to me whether it is Cohen who then says “check” or Trump. If the latter, he is caving to Cohen’s refusal to pay Pecker cash.

In the end, the dummy corporation did not actually make a payment to Mr. Pecker. It is not clear that anything very illegal happened here.

It is not illegality that is of concern here. It is Trump’s instruction to Hope Hicks to deny it all. “We have no knowledge…”

The same denials have attended the numerous meetings of Trump associates with Russian contacts.

Back when Bush & Co. invaded Iraq, one of them, perhaps Karl Rove, gave an interview with Ron Suskind about criticism of the war of aggression on Iraq:

““We’re an empire now, and when we act, we create our own reality. And while you’re studying that reality–judiciously, as you will–we’ll act again, creating other new realities, which you can study too, and that’s how things will sort out. We’re history’s actors…and you, all of you, will be left to just study what we do.”

At the time, I called this way of thinking “Right Maoism,” after the Chinese leader’s insistence that he could industrialize China by sheer force of will, a fantasy that led to millions of deaths.

Likewise, of course, the Bushies were not “an empire” in Iraq but just incompetents who helped destroy the Middle East.

The response to the Suskind interview was the internet meme of the “reality-based community.”

Now Right Maoism has reemerged under Trump, even more virulently than under Bush. Just as Bush attempted to shape American perceptions of Iraq by constantly declaring the US occupation a shining beacon on a hill, so Trump attempts to portray his presidency as a march from victory to victory. Why, he has denuclearized the Korean Peninsula and cowed Iran, destroyed ISIL and put China in its place.

The US public was invested for perhaps 3 years in the Iraq War before they started rethinking the calamity, as evidenced in the 2006 midterms. In the case of Trump, they don’t have the luxury of mulling it all over for 3 years or more.