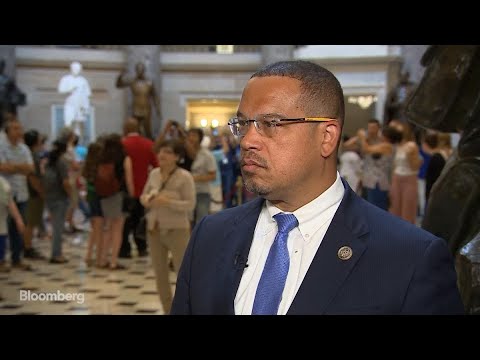 (Inequality.org) – Any court ruling that limits how effectively unions can bargain on behalf of workers, even mainstream economists now recognize, concentrates wealth at our economic summit.

The U.S. Supreme Court’s just-announced decision in the Janus case surprised no one who pays attention to America’s highest judicial panel. Every analyst following the case expected the Supremes to rule against America’s public sector unions. And that’s exactly what the high court — by a 5-4 margin — did.

The impact from this decision? That will surprise no one who pays attention to how modern economies work: The Supreme Court’s decision in Janus will leave the United States still more unequal.

The five justices who decided Janus never, of course, mentioned anything about inequality in their ruling that public sector unions cannot collect representational fees from the nonmembers they are legally required to represent. The Janus majority justices talked instead about protecting First Amendment rights. But that lofty philosophizing merely served as a convenient cover for our right wing’s continuing assault on the basic human right to justice on the job.

This assault — an effort bankrolled over the years by a relentless gang of fiercely anti-union deep pockets — has been remarkably effective.

Back in the 1950s, over a third of America’s workers belonged to unions. And that statistic underplayed the actual extent of the nation’s trade union presence. In the private sector, outside the South, unions represented over half the workforce in the decades right after World War II.

The workers unions didn’t represent in those years directly benefited from this heavy trade union “density.” Nonunion employers simply couldn’t hire and keep workers unless they improved what they had to offer in pay and benefits.

The stakes for working people

The business pushback against this union influence stated picking up considerable momentum in the 1970s, then achieved critical mass in the 1980s with Ronald Reagan in the White House.

This willingness to replace striking workers, historian Joseph McCartin has written, would reshape “the world of the modern workplace.” Strikes would now almost totally disappear from American labor relations. Strikes had given workers leverage. Without them, unions simply couldn’t effectively “pressure employers to increase wages as productivity rises.”

Other assaults on worker rights aggravated labor’s growing marginality in America’s workplaces. The nation’s labor laws — statutes meant to protect workers’ right to join a union and bargain collectively with their employer — essentially became a dead letter. Employers who violated these statutes seldom faced any significant or timely legal liability.

The assaults took a toll. By 1983, union membership had dropped to 20.1 percent of America’s nonsupervisory workforce. In 2017, the federal Bureau of Labor Statistics reported earlier this year, only 10.7 percent of the nation’s employees carried union cards.

Nine states now have overall union member rates under 5 percent. In other words, over vast swatches of the American economic landscape, unions today barely exist at all.

Mainstream economists have been slow to acknowledge that connection. The conventional economic wisdom has blamed our contemporary inequality on irreversible trends like advancing technologies and globalization. But more recent mainstream research has emphasized how crucial a role union density plays in income and wealth distribution.

Researchers from the International Monetary Fund have examined the economic experiences of 20 developed nations between 1980 and 2010. Most all of these nations showed a declining union presence over the course of these years, with that decline severe in some nations — like the United States — and much less severe in others.

The researchers — Florence Jaumotte and Carolina Osorio Buitron — found declining union density “strongly associated” with the growing share of national income going, within each nation, to the richest 10 percent of the population.

“The decline in union density,” this IMF research indicates, “explains about 40 percent of the average increase in the top 10 percent of income share in our sample countries.”

Part of that growing income share of the already affluent reflects the lower wages of workers in nonunion workplaces. The de-unionization that “weakens earnings of middle- and low-income workers,” the IMF researchers explain, “necessarily increases” the income share of corporate executives and shareholders.

Another part of that growing top 10 percent income share reflects the loss of influence over basic public policy decisions that average wage earners wield when unions grow weaker. That shrinking influence leaves “dominant groups,” the IMF researchers observe, better able to “control the economic and political system in their favor.”

Other global economic bodies — like the OECD, the official economic research agency of the developed world — have concluded that our current high levels of inequality do no society any good.

“By not addressing inequality,” as OECD Secretary-General Angel Gurría has pronounced, “governments are cutting into the social fabric of their countries and hurting their long-term economic growth.”

Last year, trade union leaders from around the world descended on an OECD Ministerial Council Meeting in Paris to make the case that significant progress against inequality will only come when workers have the bargaining power to “benefit from structural and technological change.”

Sam Pizzigati co-edits Inequality.org. His just-published latest book: The Case for a Maximum Wage. His 2012 book, The Rich Don’t Always Win: The Forgotten Triumph over Plutocracy that Created the American Middle Class, 1900-1970, tells the story of 20th-century efforts to cap the income and power of America’s richest. Follow him at @Too_Much_Online