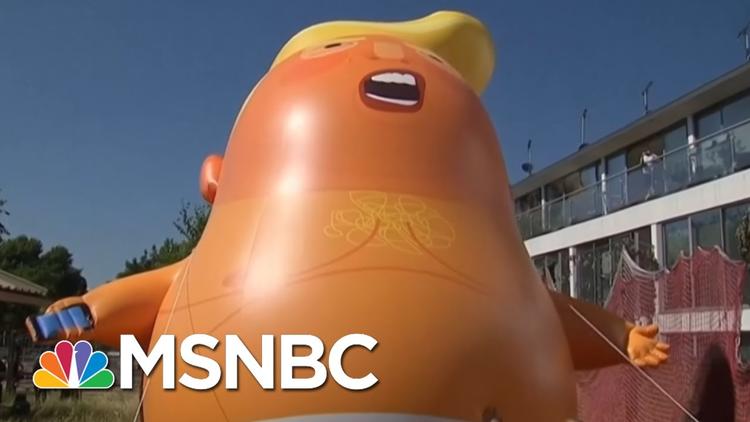 Most observers are puzzled as to why British Prime Minister Theresa May is hosting a Trump visit to her country, a visit that is likely to put a couple hundred thousand protesters in the streets of London alone and to offer opportunities for serial embarrassment to all concerned.

Some 45% of the British don’t want a Trump visit at all. This statistic is shocking. What are 55% of Britons thinking? Still, the negative number with regard to a visit of a US president is unprecedented. London will permit a satiric float to be flown mocking ‘baby Trump.’

It seems likely that May is hoping that Trump will help Britain out with the fall-out of the Brexit decision. By leaving the European Union (as Trump himself urged on them), Britons are essentially raising their own taxes by 7% to 29% with regard to services and imports originating in Europe. And of course, they are essentially placing a voluntary export tariff on the goods and services they send to Europe, putting themselves at a vast economic disadvantage.

So if trade and services with Europe will fall off, how will the UK pick up the slack?

Well, Trump could do May some favors with regard to US-British trade.

Except that we already know that Trump is all about Trump, and his campaign promises, and his protectionism; and doing the UK a solid with economic policy is against everything he stands for.

May’s government is so decrepit, with three major resignations in the past week, that she is barely surviving well enough to host Trump as it stands. And Trump is like a shark who smells blood in the water. May will be lucky if he doesn’t just steal the china from Windsor Castle, aware of how weak she is.

The problem is that May’s Conservative Party, and parliament more generally, is deeply divided. Some want a “hard Brexit” with an end to easy hiring in Britain of continental Europeans and easy exchange of services. The problem is that this “hard Brexit” will deeply hurt British consumers, British industry, and British finance, and so most political players don’t want it.

The other path, of “soft Brexit,” maintains the status quo, more or less, letting Europeans freely circulate into British labor markets and allowing European firms to operate easily in the UK. The problem with “soft Brexit” is that it raises questions about why the UK is leaving at all, since it will still have the same obligations to Europe as before, it just won’t have a voice when the remaining 27 members of the European Union meet to make decisions.

Another difficulty is that if the May government cannot get its act together, it could fail to achieve a successful negotiation with Europe about the terms of its exit. Since next March 29 is an inflexible deadline for the process to end, failure to reach an agreement would automatically impose a “hard” Brexit, with dire consequences for British consumers, the British pound, British manufacturers, and British finance.

“food and beverage products could see the cost of importing from the EU go up by as much as 29 percent and non-food goods could face increases of up to 7 percent in the case of clothing and textiles.” Pricier imported goods could squeeze consumer spending, becoming a drag to the economy. Pricier imported goods could also cut the margins for both businesses depending on European raw materials; and businesses depending on EU consumers. This could ultimately impact the stock market.”

The cabinet members who resigned this week apparently feared that politics is taking May toward a “soft Brexit,” their worst of all possible worlds. Perhaps they were attempting to toss a monkey wrench into the negotiations with Europe, thus achieving their hoped-for “hard Brexit” by other means.

Whether Britain’s exit from Europe (which, again, Trump thinks is a good idea) is hard or soft, Britain will be more isolated diplomatically and economically in the aftermath. Hence May’s acceptance of Trump’s visit.

What May is about to find out is that Trump takes your political and other investments and pockets them, and then stiffs you.

May has been left blowing in the wind by the right wing of her own party. Trump will puff a bit in her direction, enjoying see her squirm.

But Americans shouldn’t take too much satisfaction in her plight. Trump is about to do to the US economy what the Brexiteers are doing to Britain, with his trade wars and immigration cruelty. We’ve seen this story before in modern history. It is not a story that ends well.